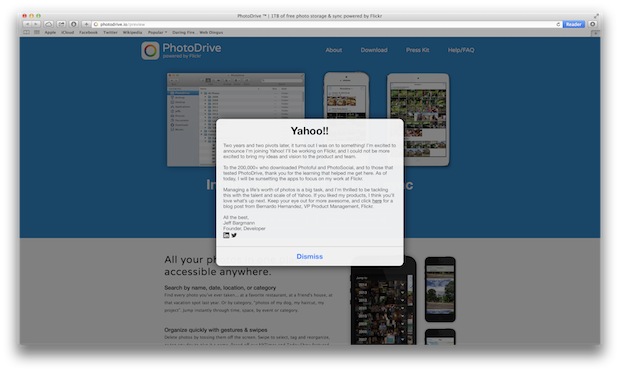 It was recently announced that PhotoDrive, a popular photo uploading service powered by Flickr, is getting shut down. The reason? According to the latest Flickr blog post, Yahoo! has hired Jeff Bargmann, the man behind the growing photo start-up, in an effort to add some more human talent to the Flickr team.

With a number of successful photography oriented apps under his belt, Bargmann has a history of impressing with simple interfaces and powerful organization schemes hidden in an easy to access UI. It’s this rethinking and restructuring of how consumers interact with the digital photos on their devices that presumably put him on Yahoo’s radar, ultimately leading to this offer.

Bargmann seems beyond excited to start work at Yahoo! Here’s a snippet of his goodbye post from the PhotoDrive website:

Managing a life’s worth of photos is a big task, and I’m thrilled to be tackling this with the talent and scale of Yahoo. If you liked my products, I think you’ll love what’s up next.

The combination of Bargmann’s talents and approach with the resources and large consumer base of Flickr does certainly seem intriguing.

According to both Bargmann and Yahoo, the technology he’s developed and implemented into PhotoDrive will stay in his possession, with the choice to shut it down being his own. But that doesn’t discount the possibility of Flickr licensing it out down the road or having him build a new structure on the backbone of what he’s already accomplished. 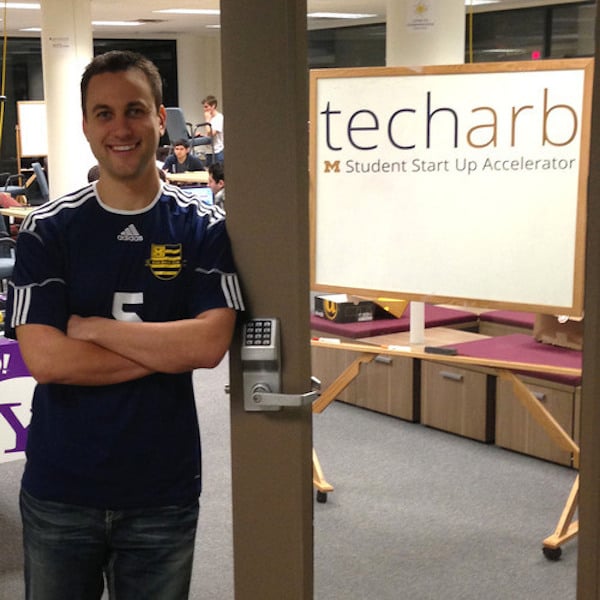 In a final statement from Bernardo Hernandez, VOP of Product Management at Flickr, he shares the following sentiments over on the Yahoo Blog:

Jeff was a one-man-show, doing everything from coding to design to business development — and he did an impeccable job juggling it all. We couldn’t help but notice his unique depth of talent and skill. We are excited to welcome him to the Flickr team, and are looking forward to adopting his vision into our beloved product.

The Ultimate Guide for Creating an Efficient and Effective Lightroom Workflow