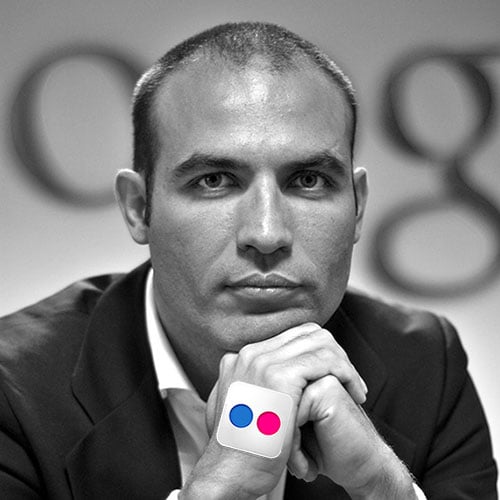 Yahoo is getting serious about making sure Flickr thrives: the company has hired former Google executive Bernardo Hernández to lead the popular photo sharing service. Hernández announced the news today through his Twitter account.

Kara Swisher of AllThingsD says that Hernández was “a longtime favorite of [Yahoo] CEO Marissa Mayer” while Mayer was an executive at Google. Mayer welcomed her new hire in a response to his Tweet:

Prior to joining Yahoo, Hernández was Google’s Director of Product Management and the man in charge of Zagat operations worldwide. He is Spanish-born entrepreneur who has founded a number of Internet companies based in Spain, including idealista.com (a real estate portal), StepOne (which helps Spanish companies succeed in the US), and Floresfrescas (an online flower delivery business).

AllThingsD reports that Hernández will be replacing Brett Wayn, the VP leader of Flickr who oversaw the “spectacular redesign” that Flickr rolled out back in May. You may also remember that prior to Wayn, Flickr was led for a short time by VP Adam Cahan, a former National Geographic wildlife photographer.

Whether or not you’re pleased with the recent changes that have been going on over in Flickr-land, this much seems clear: Mayer is definitely showing Flickr some love, just like she said she would.

Image credit: Portrait illustration based on photo by Raidoriva10/Wikipedia

Stock Photo Service stock.xchng Down for Days, Users Left in the Dark