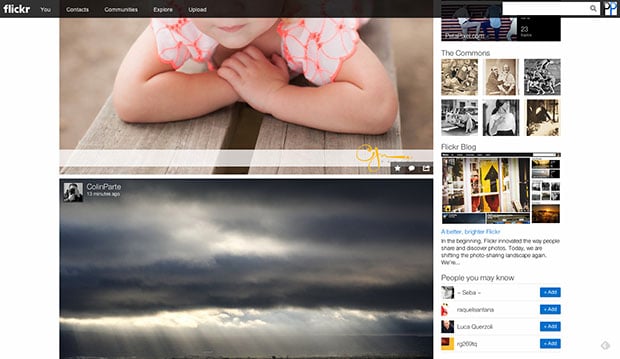 Yahoo acquired Tumblr for $1.1 billion today, but that’s not the only major move the company announced. Today Flickr users were also treated to a “spectacular” redesign. The service has been upgraded in major ways, and has been given a brand new look and feel.

First off, all users will be given a terabyte of free storage space. You heard correctly: you get 1000 gigs of free space.

Free accounts were previously capped at 2 videos and 300MBs worth of photos per month. Not anymore: all users can now upload as many photos and videos as they’d like to their 1TB of storage, including photos of up to 200MB and videos of up to 1GB (and 3 minutes in length)! Photographs will be stored at full resolution and in their original quality. 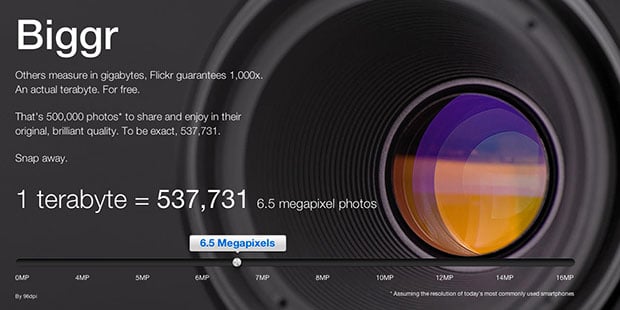 For $50 a year, you’ll be able to enjoy Flickr without any ads in your browsing experience. For $500 a year, your storage space will be doubled to 2 terabytes.

Flickr also rolled out a brand new design to its website that puts photography at the heart of the Flickr experience. After all, it’s a photo-sharing site right?

The new Flickr user homepage is now a portal for discovering new content. You’ll be able to see your friends’ latest uploads, as well as photographs from the rest of the Flickr community: 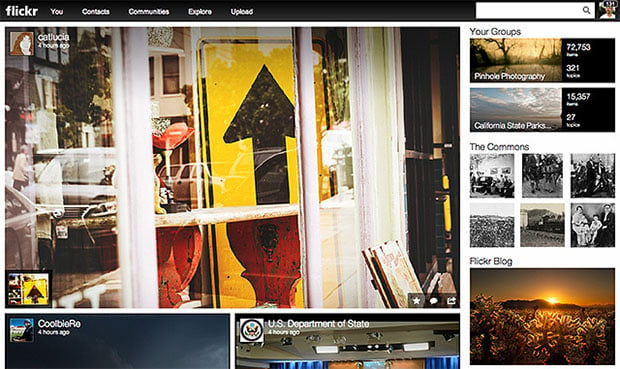 The new photostream pages feature a slick design that’s reminiscent of Google+. The photographs are much larger on a new seamless layout, and there’s new space for a cover photo and a high-res profile picture: 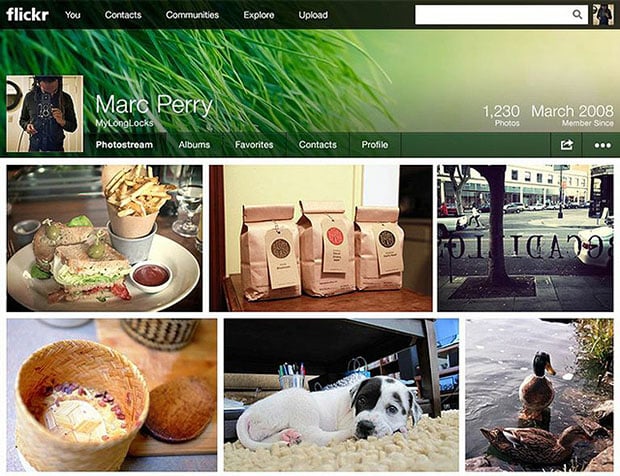 Here’s a before-and-after comparison of the old and new photostream pages:

Photo sets are also displayed in much larger sizes, allowing you to tell beautiful stories through collections of photos: 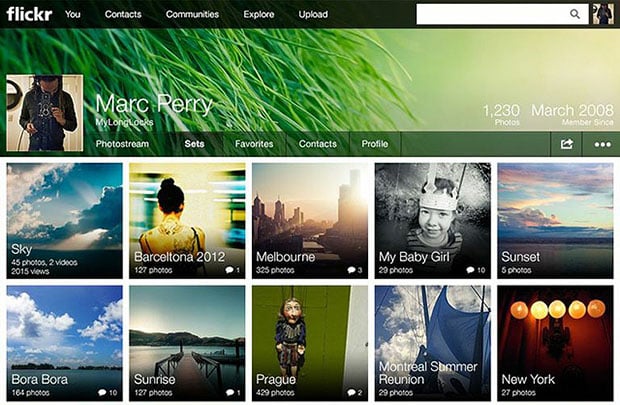 There’s also a new slideshow mode that features new transitions and face detection technology to highlight key elements of photographs as they’re brought before your eyes: 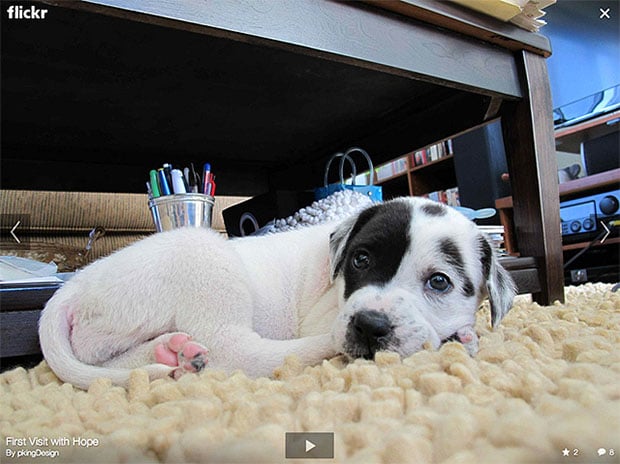 Flickr is also investing a good deal of engineering power toward making its mobile apps top notch. Its December 2012 iOS app refresh was very well received among photographers, and the company is reportedly on a hiring spree for engineers who can help take the apps to the next level.

In the beginning, Flickr innovated the way people share and discover photos. Today, we are shifting the photo-sharing landscape again. We’re releasing a Flickr that’s more spectacular, much bigger, and one you can take anywhere […] A better Flickr is here. And not a moment too soon. With all of the power that you love, Flickr is now in it’s most beautiful form, and available to everyone.

When Yahoo first hired Marissa Mayer away from Google as its new CEO, the Internet begged Mayer to “please make Flickr awesome again.” So far, it looks like Mayer has been taking that request very seriously.