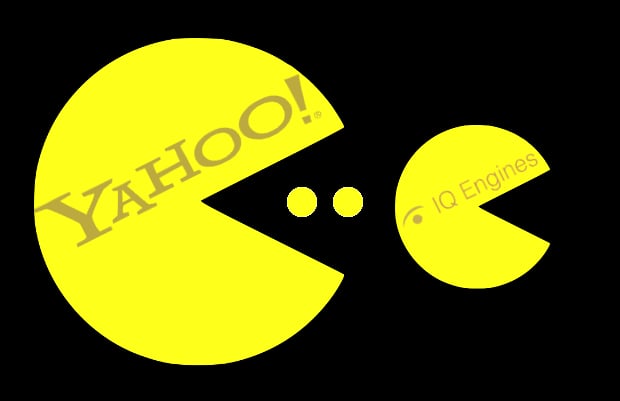 Yahoo! certainly doesn’t shy away from acquiring companies it believes will help its cause. In some cases those acquisitions turn into long-term investments ala Flickr, in others the acquired company just sort of disappears.

The latest acquisition news out of the Yahoo! camp is that image-recognition startup IQ Engines is joining the Flickr team in order to help improve the organization and search features of the photo sharing site.

According to TechCrunch, no details about the acquisition have been made public, but IQ Engines has two different APIs to offer Yahoo!. The first is SmartCamera — which allows users to interact with products and brand logos by scanning them with their smartphone cam — and the second is SmartAlbum, which integrates facial recognition and photo analysis into online collections of photographs.

Now that Yahoo! has bought up the company, the big companies (e.g. BestBuy and Old Navy) who have been using those APIs will no longer have access to them in 30 days time. Visitors to the IQ Engines website are now greeted by the expected “we got acquired message:” As to what Yahoo! is going to do with IQ Engines, TechCrunch is speculating that the technology behind SmartAlbum will find its way onto Flickr before long. Additionally, the technology behind the mobile automatic tagging and organization app that the company was working on pre-acquisition, dubbed Glow, will likely help improve the Flickr mobile app.

No more having to dig through images or hope people tagged them properly, the technology generates tags automatically based on both location data as well as the content of the photos. Sounds a little bit like Google’s personal image search technology.

As we said before, details regarding the acquisition have not been released, but it looks like Yahoo! is determined to keep Flickr on the upswing. If that means more cool features, well, I guess we’ll just have to live with that.