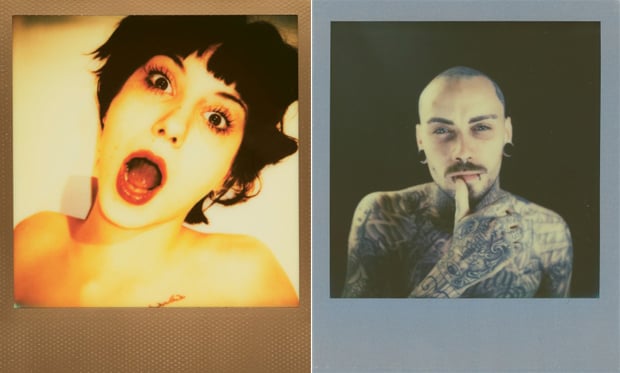 The Impossible Project, the ongoing effort to keep classic Polaroid cameras alive and well-fed, has added a splash of color to its catalog with three new special edition SX-70 that films sport gold, silver and colored borders instead of the usual white.

The gold and silver editions are pretty much self-explanatory. But the “color” option is a bit of a “wheel of fortune” deal — each of the eight exposures in a film pack has a different color border.

The films, which work with any SX-70 style camera, are on sale now priced at $23.50 for a single pack of eight exposures or $67 for a three-pack. A special three-pack with one each of gold, silver and color frames costs $56. According to Photography Monthly, all three films feature the Impossible Project’s latest color protection formula for “improved colour saturation, a high level of detail and sharpness, and stunning image quality.”

Formed in 2008, after Polaroid decided to exit the instant film business, the Impossible Project brought a film production plant formerly run by Polaroid to ensure that the estimated 300 million Polaroid cameras still in circulation could keep shooting.

DxOMark Put the Lumia 1020 to the Test as a Dedicated Camera, See How it Performed