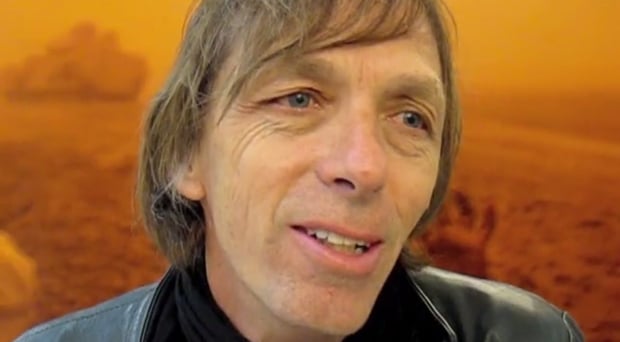 Photojournalist Christopher Morris has documented some of the world’s hottest war zones, reclusive North Korea and the 2012 Republican National Convention. But it took modern Detroit to totally punk him, with thieves there stealing $15,000 in camera equipment and another crook cheating him out of $200 in reward money later that same day.

The theft happened yesterday, while Morris was on assignment for a national magazine — a rare Detroit feel-good story about the resurgence of the Jeep brand. That’s when three men smashed the window of his rental car, which was parked in a McDonald’s parking lot, and ran off with his camera, gear bag and iPhone.

Here’s an interview with the beleaguered photojournalist — best-known for his work for TIME, where he has covered everything from White House politics to war zones since 1990 — from a few years back:

Using information from witnesses and the tracking app on his iPhone, the photographer followed the thieves to a house, where a man posing as a go-between retrieved a booklet from the camera bag and told Morris he could get the rest of the gear back to him for $200. Morris gave him the money and never saw him again.

Morris did eventually contact the police, but despite taking reports and providing assurances that they are working on the case, they won’t go into the house without a warrant. As of earlier today, Morris was still gearless and out the two days of work stored on the memory cards in the camera and bag.