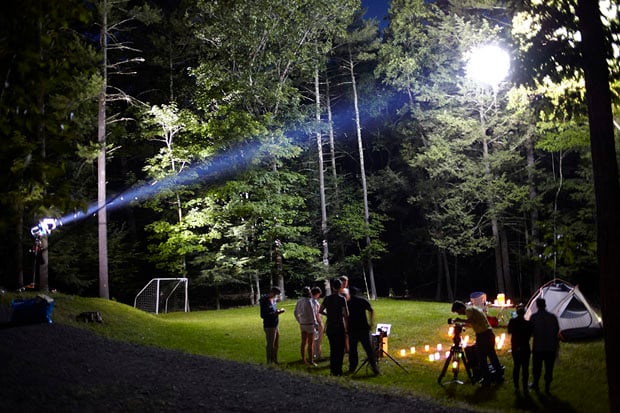 Earlier this summer I was asked to shoot a campaign for Airwick USA to highlight the many uses for their new color changing candles. It was going to be a summery outdoor shoot involving two distinct ‘looks’ for the images; one with the candles being used at night time, and the other where they were being used during sunset or dusk activities.

I was given a wish list of 25 different environments and scenes the client wanted to shoot the candles in, and was told they wanted to do it in two days of shooting. That sounded like an impossible number to me given that they were so specific about the time of day the candles needed to be shot at. 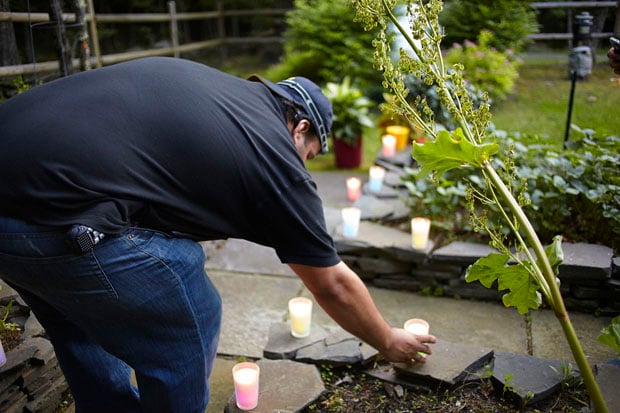 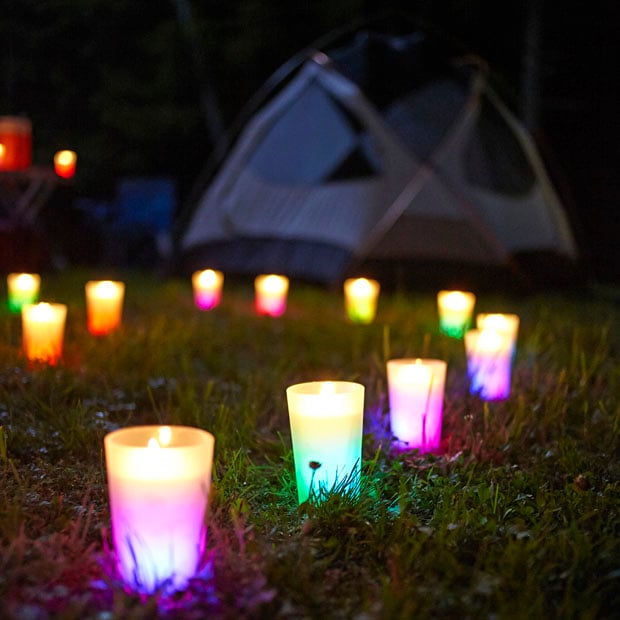 There is maybe one hour of sunset / dusk light for shooting in a given day, and I still needed some ambient light in order to expose the night images correctly as well since the candles were so bright. This gave me about two hours per day, if I was lucky, to shoot about 12 totally different scenes. It just wasn’t possible!

Either way, I was committed to trying to make this happen. My biggest challenge was the window of time I had to shoot all the different scenes. To give you an idea, these scenes included things like romantic dinners by a stream, July 4th backyard BBQs, camping in the backyard, roasting marshmallows by a fire pit, poolside parties, working in the garden, and more. 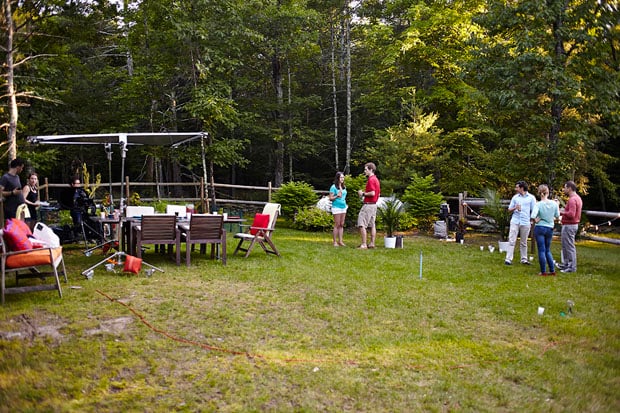 All of this, of course, with your color changing candles setting the mood. These were intricate setups and there were only so many I could shoot in an hour or two. I needed to either lower the shot count, get more days to shoot everything, or lengthen the window of time I had to shoot all the scenes.

I feel that filmmakers have a lot they can learn from photographers in how we use light, and I feel the same goes for photographers learning from filmmakers. I subscribe American Cinematographer magazine and read blogs about how certain movie scenes were lit, and generally obsess about movie lighting.

As I was thinking about how to shoot these candles at night, I remembered that a while back I had read an article on how the DP of Brokeback Mountain used lights bounced off of big weather balloons in order to create moonlight to light a field. If I remember correctly they didn’t have a huge budget to light those scenes so they tried this as a work around, and it worked. Maybe this could be the answer to my shoot challenge?

The next day, I got on Amazon.com and ordered up a couple 20’ weather balloons and broke out my air compressor. I set up a little test in my studio where I blew up the balloon to about 7’ and put it on one side of my studio, then setup my 1200-Watt Arri HMI Par light on the other side of the studio (about 50’ away). I powered it on, dusted off my light meter, and tested to see how much light was bouncing back from the balloon. It was a lot! I started to think this crazy idea could work to light my night scenes.

I had a conference call the next day with the agency, clients, and my stylist to discuss the shoot. With my new light setup I figured I get three hours of good shooting light per day, and in that time, if we stuck to a strict well planned production schedule, we could get ten shots done per day. That only gave us 18 minutes per shot which didn’t leave much time for mistakes or miscalculations, but it was do-able. The client realized that 10 shots was a good amount and they edited their wish list down to 20 total shots. I made sure to remind them that 10 shots a day was best case scenario.

In order to make sure everything was planned correctly, I budgeted for a scouting day where I could see what time the sun hit various parts of the house we were shooting at. I walked through the location with my prop stylist, who was going to be setting up all the scenes for us, in order to discuss where we were shooting each shot, and how we should set everything up. Without this scouting trip the shoot would have never worked out. We didn’t have the time to wait until the shoot day to figure things out.

We got a green light to shoot the project from the client and narrowed down a couple days where the weather looked like it was going to cooperate. The prop stylist slaved away setting up all the different scenes all day long so that they would be ready once the light was right. We did our best to stick to our schedule for the most part the shoot went by incredibly smoothly and the pictures turned out great. 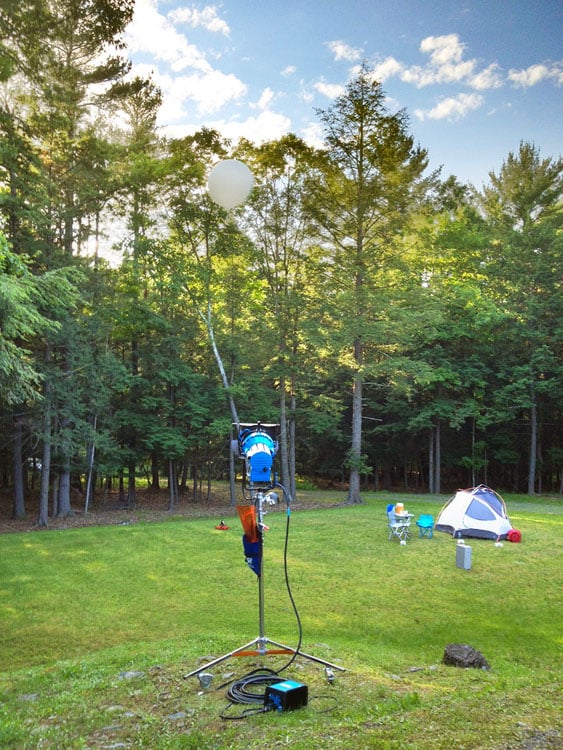 As for the specifics of the bounce light setup for you techies out there, I used a 600g 20’ burst size white weather balloon. I rented a big tank of helium from a local gas supplier to fill the balloon and also added compressed air to the balloon to add volume. All in all we filled the balloon to about 8 feet. We used some parachute cord to tie to balloon to a 25 lb sandbag to make sure it didn’t fly away on us. Depending on the size of the scene I was lighting, I had the balloon about 30-75 feet up in the air. The brightness of the balloon varied depending on how far the balloon was and also at what angle the light was hitting it. We used a Honda 2000 Watt generator to power the Arri 1.2K Par HMI light so that we could put it anywhere without having to worry about power cords. I used the spot lens on the light and for some shots we also warmed or cooled the light with CTO or CTB color filters to balance the color temperature. 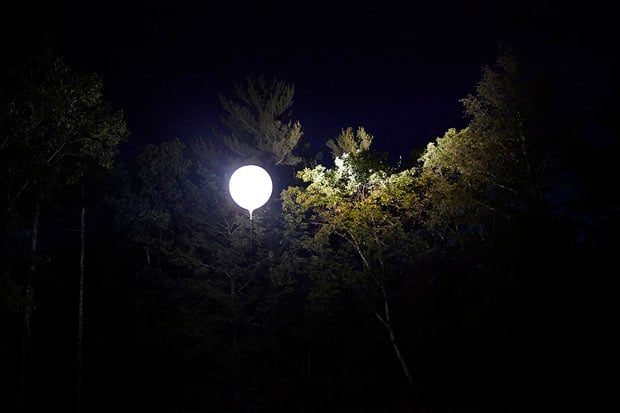 Generally the bounce light metered about 2-3 f stops lower than the brightness of the candles. The cost to rent the light, buy the balloon, and rent the helium tank, was about $500, which isn’t bad considering the cost of the alternatives or the cost of extra shoot days in order to get all the shots done.

It was a really hectic but fun shoot and everyone was really happy with how the images turned out. I look forward to using my balloon system again in the future. I want to try using it as a main light with a brighter HMI or even maybe with a strobe / flash light as the light source. I’m also playing with a setup where I attach some super bright daylight LEDs to the Balloon itself as well. Feel free to contact me if you have any questions about this setup and want to try it out on your shoot. Also, a disclaimer, thousands of bugs died in the creation of these images, as my light became a huge bug zapper since it was by far the brightest light for miles; there was nothing we could do about that. 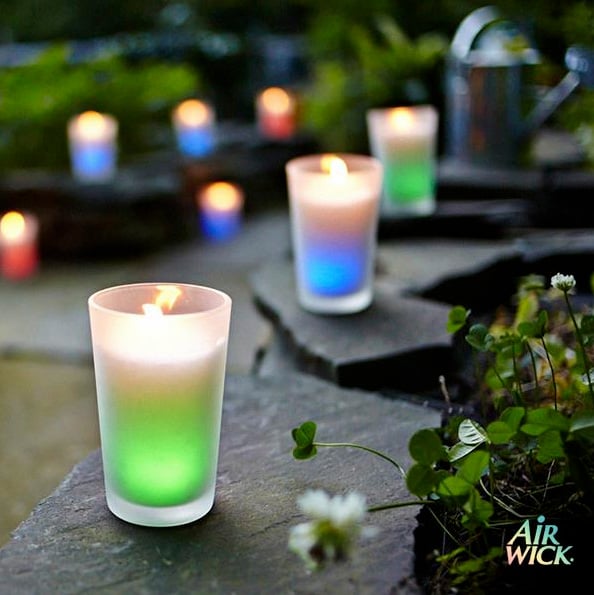 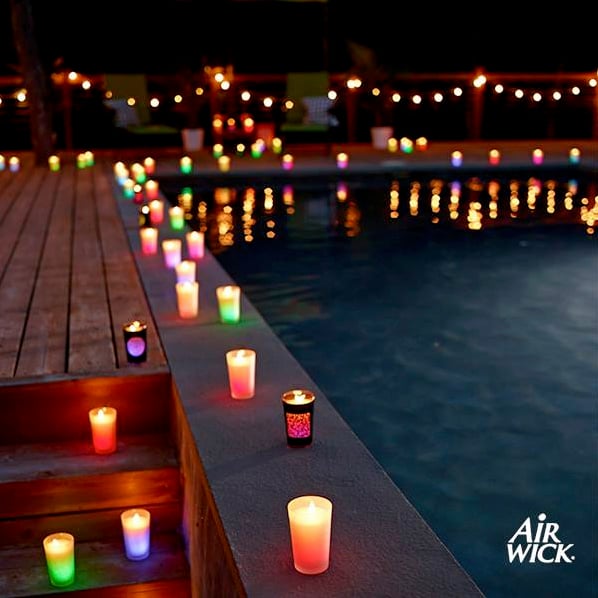 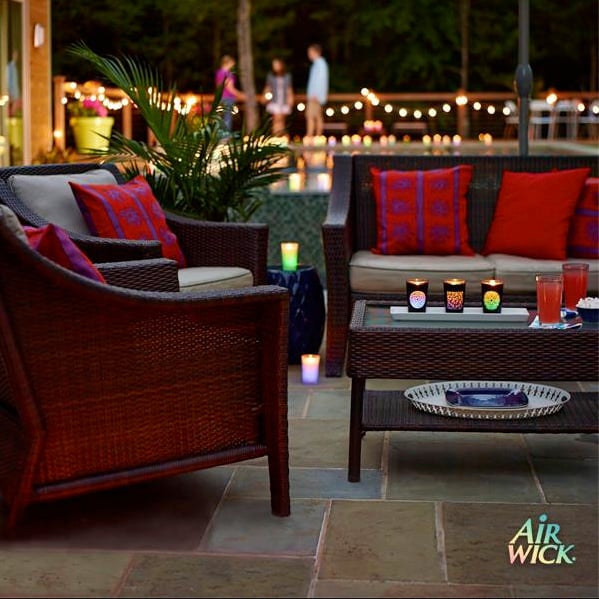 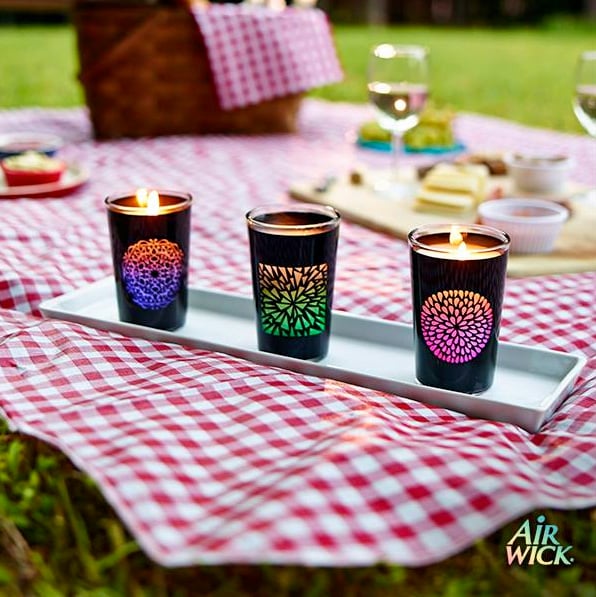 You can also view is a slideshow of images from the shoot using the ballon as well as other techniques I used to add ambiance and allow for the candles to glow in their environments from this shoot here.