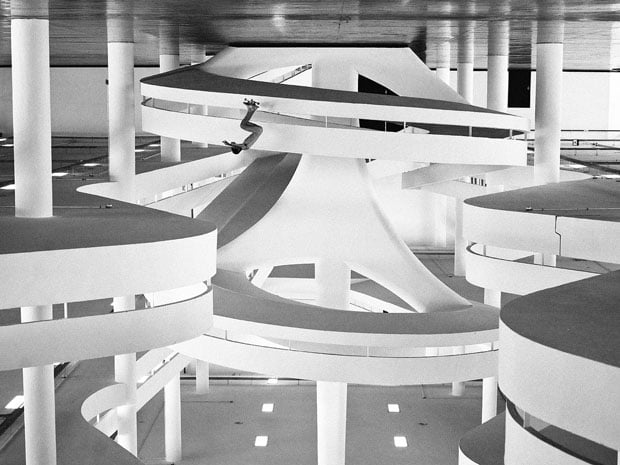 Last month, we featured the life and work of Arto Saari, a legendary professional skateboarder who has turned into quite the skateboarding photographer in recent years.

Fabiano Rodrigues is very similar. The Sao Paulo, Brazil-based skateboarder and photographer has a fantastic eye for composition — particularly when it comes to shooting self portraits.


39-year-old Rodrigues was first in front of the camera before he was behind it. While touring as a pro skateboarder through Europe and Brazil, he would regularly be photographed doing tricks. He soon became interested in composition, motion, and architecture, and began photographing other skateboarders in addition to skateboarding himself.

Rodrigues regularly shares brilliant images of other athletes doing their thing to his Tumblr photography page. Earlier this year, he published a series of self portraits in which he is seen doing tricks and catching air in locations with beautiful architecture.

The images are captured with a Hasselblad medium format camera and a wireless remote control. After framing each scene, Rodrigues enters the scene, performs a trick, and trips the shutter at the apex.

The framing of the shots is impressive, and the photographer pays careful attention to incorporating light, shadows, and the surroundings into each of the images. 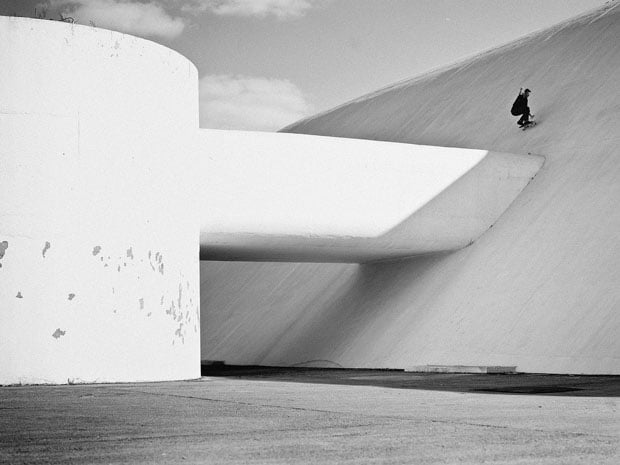 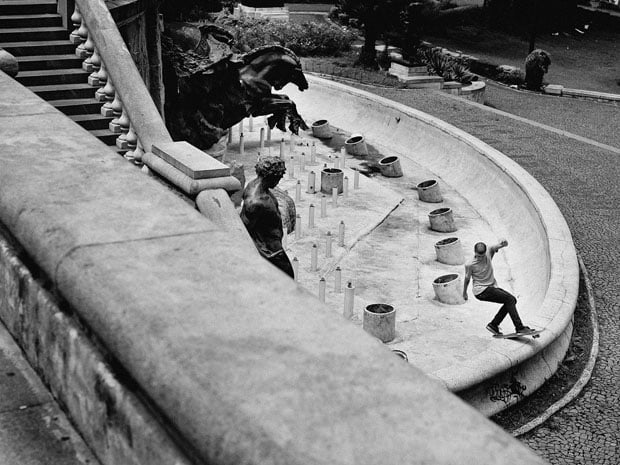 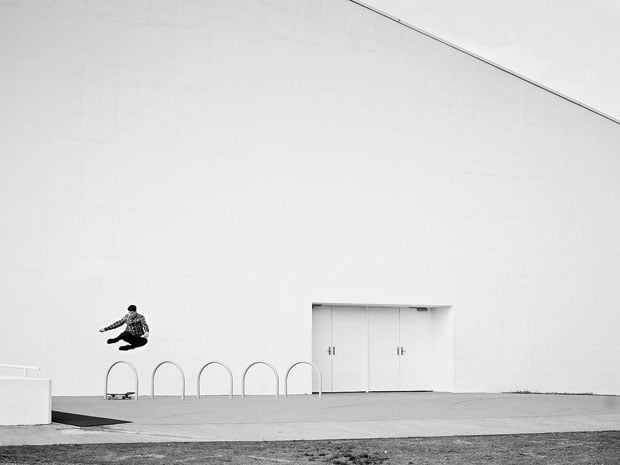 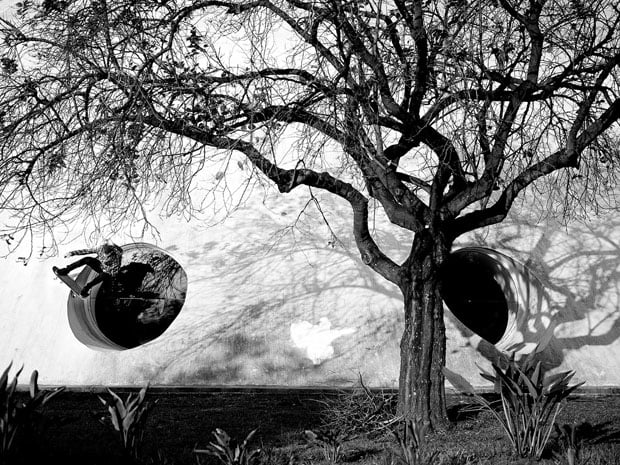 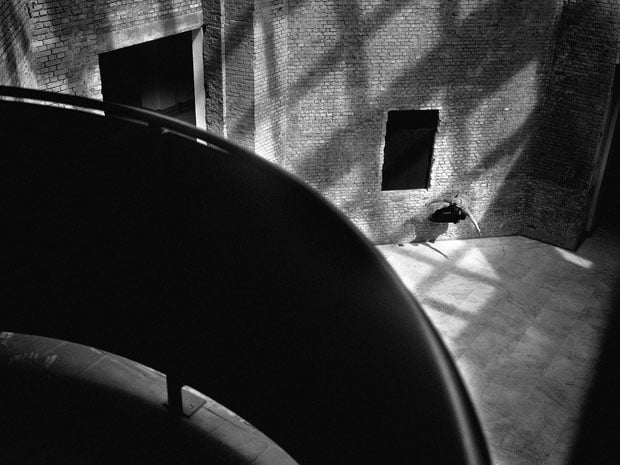 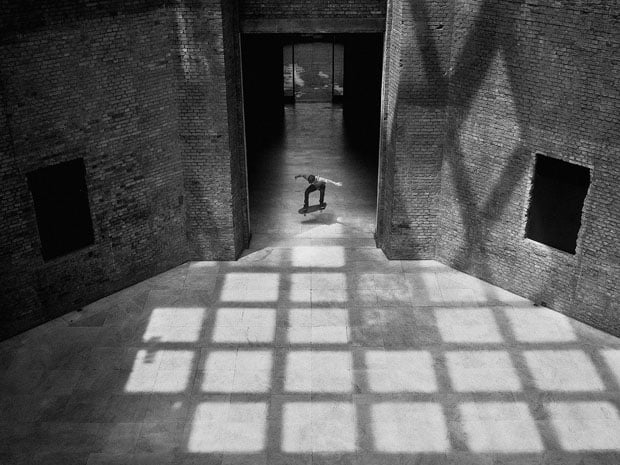 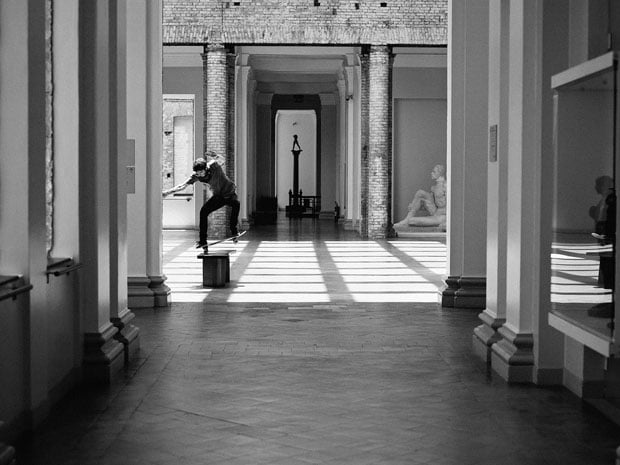 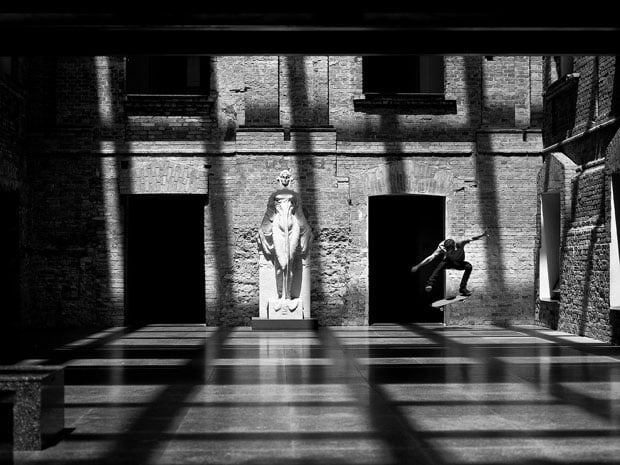 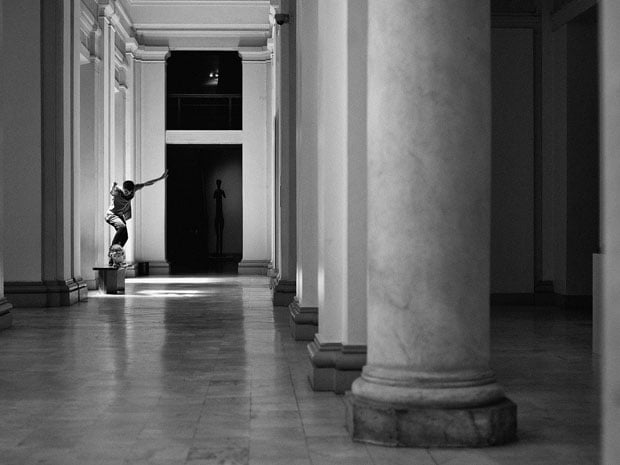 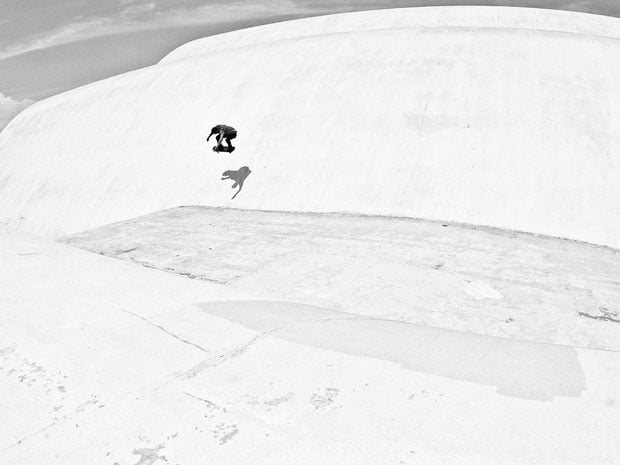 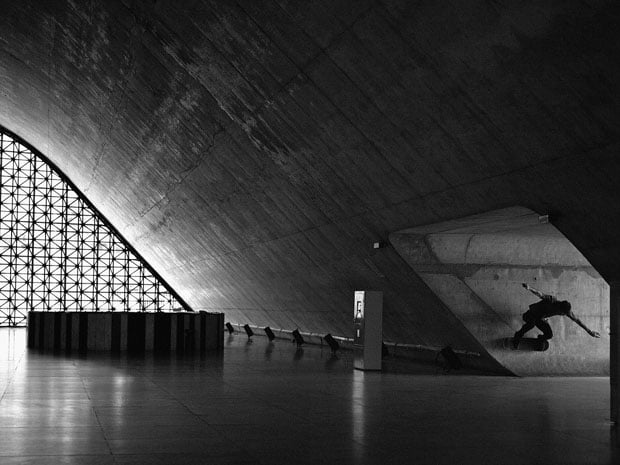 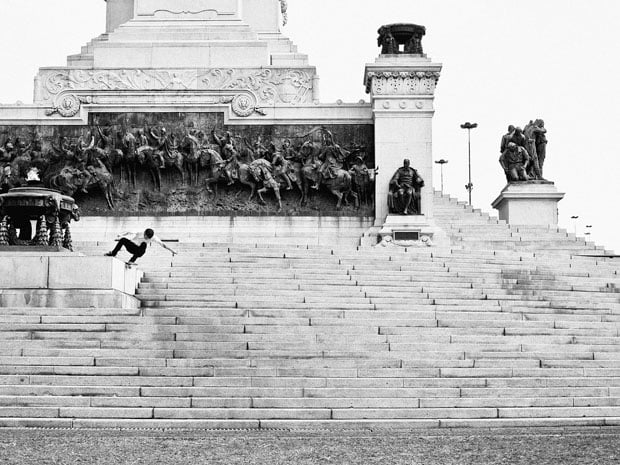 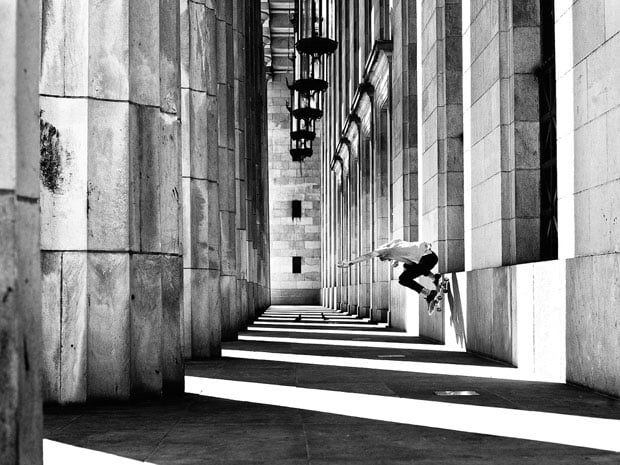 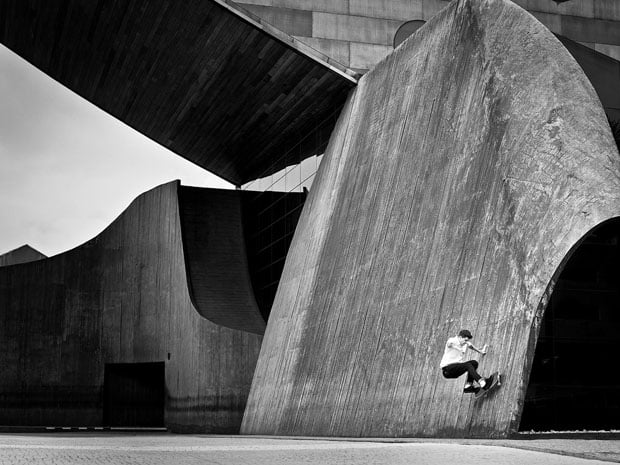 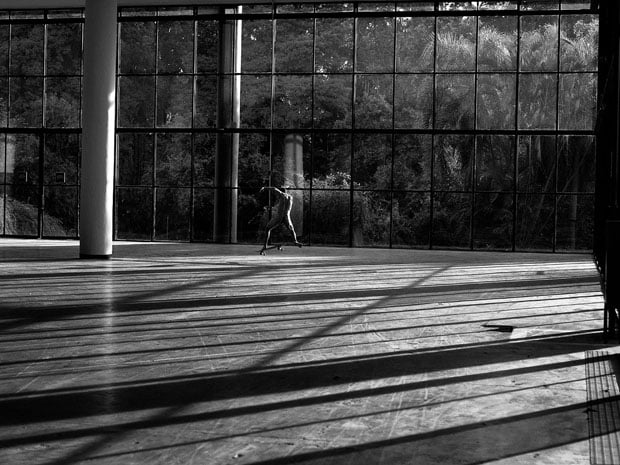 An interesting aspect of this work is that each of the photos is only printed a single time. Rodrigues is selling the one off prints at the Logo Gallery in San Paulo, Brazil.

(via Logo Gallery via Photojojo)