An incredible short film series is coming to life thanks to the production prowess of Helio Collective and iconic camera brand Leica. Called “Let Us Roam,” the series tells the stories of photographers, artist, filmmakers and musicians, all within the subculture of skateboarding.

Four individuals: Ray Barbee, Arto Saari, Greg Hunt, and Atiba Jefferson are the subjects of the short films, each telling their story of how their skateboarding lifestyle was just the beginning of the creative endeavors they soon came into contact with.

Out of the four films to be released, only one has been completed so far. And so below, I’m going to give a quick rundown of all four of the individuals Helio Creative followed around so you know what you have to look forward to.

The first of the four films tells the story of Ray Barbee, a legendary skateboarder, musician, photographer, and above all else, a husband and father. Hailing from San Jose, California, Barbee’s creativity and passion shines through in the film, and his desire for passing those values on to his children shows just how dedicated he is to making an impact by setting an example and doing what he loves.

In addition to the film, Leica has posted an interview with Barbee through which he dives into even more detail about himself, his life and his passions. Well worth reading.

The second film, set to be released on April 15th, goes behind the scenes with professional skateboarder Arto Saari. Originally from Seinajoki, Finland, recent years have found Saari shifting his focus from a successful skate career to a career in photography.

The upcoming film is said to document some of that transition, sharing the process that is turning photography into his profession. 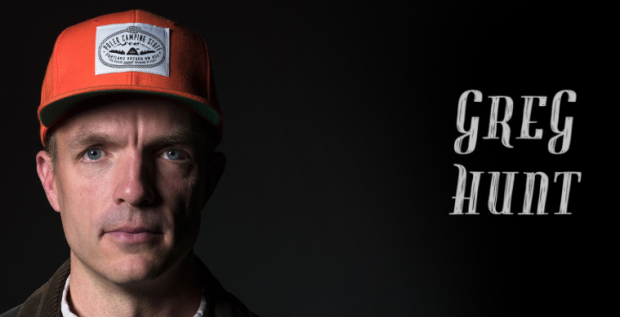 The third film, set to be released April 29th, follows Greg Hunt, a cinematographer and director from LA. He started out shooting photography in the 90s while living in San Francisco, but it was motion-picture that really captured his heart after experiencing a Super-8 camera.

From there, this newfound passion of his lead to him being a cinematographer for Transworld Skateboard Magazine. His short film follows him on his next adventure: shooting a skateboarding video with the Vans skate team.

The last installment in the series, due out May 13th, is that of Atiba Jefferson. A professional photographer from Colorado Springs, Colorado, his passion for photography began in high school. Combining his new-found creative outlet with his love of skateboarding, he began using his photography to show the world how he viewed the lifestyle of skateboarding.

Naturally, his fascination with skateboarding led him to California, where he would really put his skills to the test, eventually becoming a professional photographer. Since then, he’s done everything from covering Lakers games to shooting portraits of world-famous musicians and athletes. His short film share a brief look into his life as he travels the world, shooting and performing as a musician along the way.

Ray Barbee’s short film is nothing short of spectacular, so to say the rest are highly anticipated by myself — and hopefully you — is a bit of an understatement. Also, it appears Leica will be releasing an interview on their blog alongside each new video, as they have with Ray Barbee, so there’s that to look forward to as well.

To keep up with the series, either mark the dates down in your calendar, or go give Let Us Roam a follow on Vimeo.

Rumor: Fuji No Longer Making an X-Pro1s, Will Focus All R&D on the X-Pro2 Instead