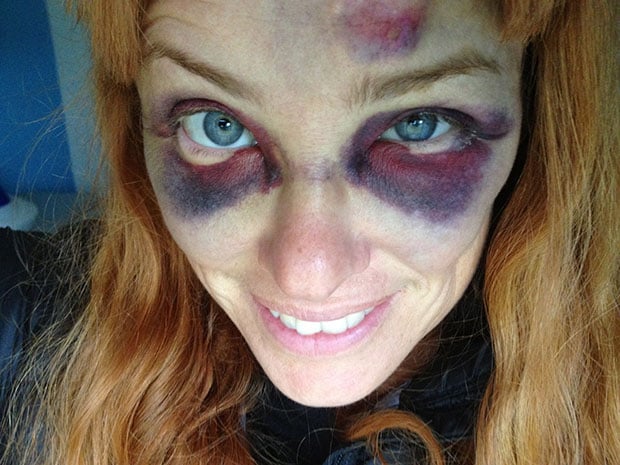 Here’s a helpful safety tip for shooting action shots in or around water: if you’re using your camera in a rough-and-tumbly environment, do your best to keep it at a safe distance from your face. If you don’t, your face could end up looking like the one above.

The woman in the shot is Dawn Kish, an adventure photographer based in Flagstaff, Arizona.

Kish tells us that she recently purchased an Outex waterproof housing for her DSLR — a soft, affordable housing that’s an alternative to the pricey, big box ones on the market.

Shortly afterward, Kish went on an adventure on the Grand Canyon’s rapids. She has worked as a guide on the rapids for 10 years, but had never been able to shoot due to her hands being occupied by oars. 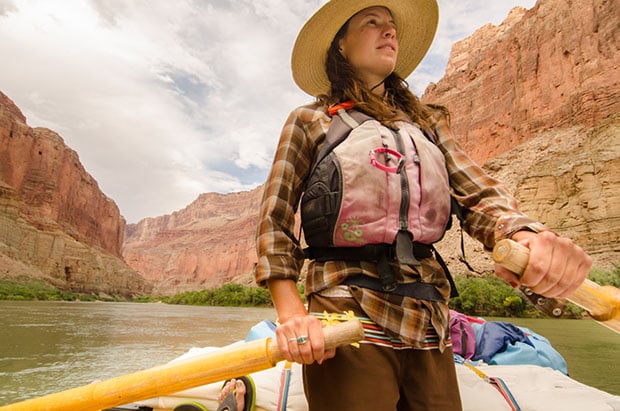 Finally a passenger, Kish was able to focus on capturing the trip with her DSLR and Outex. 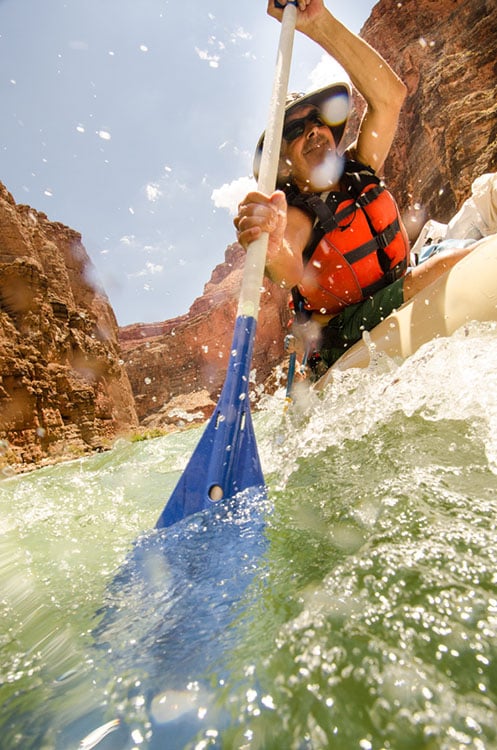 Disaster (at least for her face) struck when their raft hit a large rapid. Kish says she wasn’t holding on with both hands, since her right hand was holding the camera up to her face. 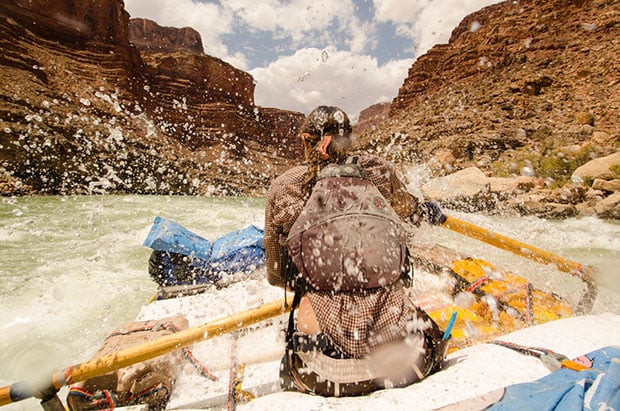 “We hit a big hole and WHAM,” she tells us. “I hit the cooler with my camera in front of my face and got the biggest goose egg on my forehead.” It wasn’t just a bump either — her face quickly developed a pattern reminiscent of a raccoon, as seen in the photo at the top of this post.

After sharing the photo on her Facebook page, Kish began hearing from other photographers who had the exact same thing happen to them.

“All this trauma for the love of making photos,” she says. “Next time, hold on and keep the camera away from the face, not unless you want to end up looking like a zombie. ”

Image credits: Photographs by Dawn Kish and used with permission