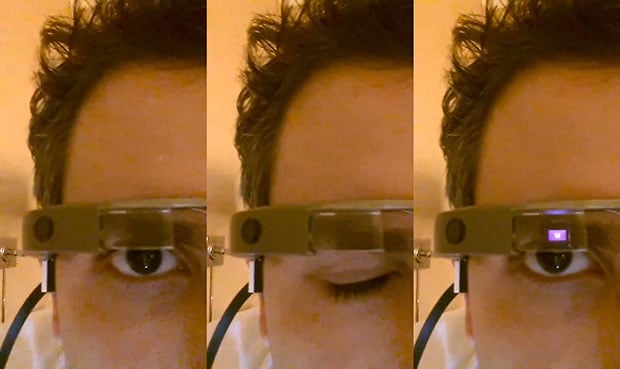 A couple of weeks ago, it was discovered that Google Glass has wink detection features baked into the device that could allow users to stealthily snap photographs of anything just by winking at it. Today, the first wink-to-shoot app was launched.

Glass early adopter and app developer Mike DiGiovanni launched Winky this morning through his Google+ page. It’s a simple app that turns your eyelid into a camera triggering… device?

DiGiovanni says that winking changes things by allowing you to “lifelog with little to no effort,” and that the app has allowed him to take more pictures in a single day today than he did over the past 5 days. It may seem like photographic overload, but DiGiovanni says that his photographs are now a great timeline of where he has been.

What DiGiovanni’s app does is simply enable the native wink gesture feature in Glass and then ensure that it stays enabled by intercepting wink gestures (treating them as “high priority”) and responding with a photograph.

Load up the app, and you’ll be presented with a calibration screen: Once the app knows how to distinguish between your winks and blinks, you’ll be able to use wink-to-shoot even when Glass’ screen is turned off.

…and the photograph that resulted from that wink: 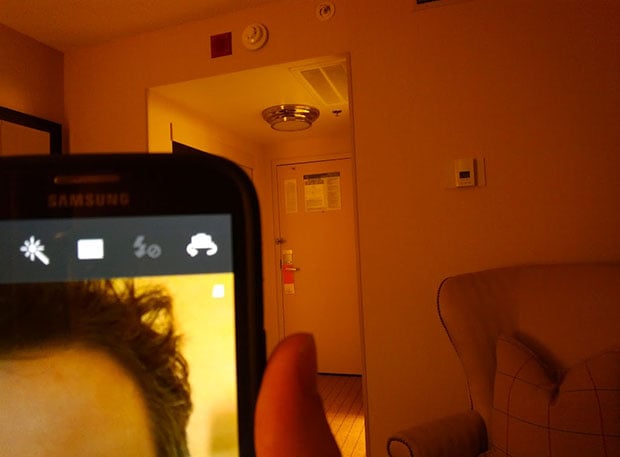 If you’re the proud owner of a $1,500 Google Glass explorer edition, you can grab a copy of the source code over on GitHub. It’s not a neatly packaged app that non-tech-savvy folk will be able to quickly pick up and use — it’s pure Android source code, so you’ll need to compile it and run it as an APK.

Winky [GitHub via The Verge]

Hockey Captured from a Player’s Point of View, Courtesy of Google Glass