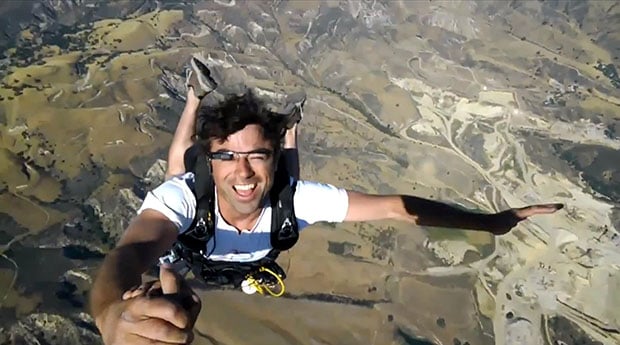 One of the big gripes people have with the idea of taking pictures with Google Glass camera glasses is that the device requires you to say “ok, glass, take a picture” in order to snap a shot. While this is great for situations when you need hands-free photography and don’t mind saying a voice command, it would be highly inconvenient in situations in which you would rather not (or can’t) talk.

It looks like Google has been one step ahead of us the whole time: it appears that the company has built “wink to snap” functionality into Google Glass’ camera.


The discovery was made recently after Reddit user Fodawim perused the source code of Glass’ companion app. Buried in the code are a huge list of features, among which are:

Here’s a screenshot showing the relevant lines that point to the optional feature: 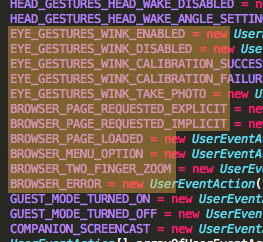 These eye gestures would presumably track the wearer’s eyeball, detect when he or she winks, and use that gesture to trigger the 5-megapixel camera’s shutter.

If you’re wondering how Glass would tell the difference between a wink and a blink, the code also suggests that it would require some calibration to work properly. Perhaps it can recognize your winks by the intensity of the action (after all, winking does look pretty different from blinking). Just don’t blink too hard if you switch the feature on, lest you trigger a stream of useless photographs.

On the other hand, calibrating it to take pictures upon blinks could effectively turn the Glass unit into a Memoto-style lifelogging camera…

No word yet on when this functionality might be fully introduced into Google Glass (if ever), but it’s definitely an interesting way to overcome the issues of a purely voice-triggered camera.

(via Google Glass APPs via Engadget)

Helmut Turns Your Smartphone Into the World’s Fastest Film Scanner