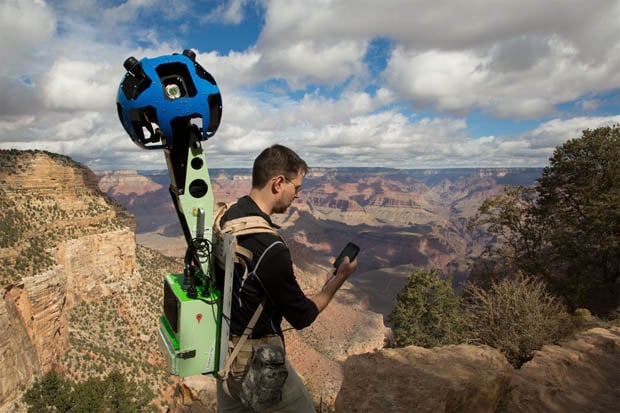 Google has already photographed quite a bit of our world using a fleet of cars, submarine-style cameras, tricycles, and snowmobiles, so what else is there to include in Street View? Places where vehicles can’t go, of course. The company has begun capturing 360-degree imagery using the Trekker — a special backpack with a Street View camera rig sticking up from the top. 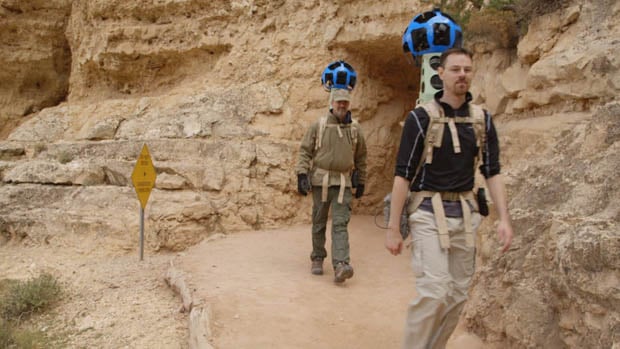 The special new 40-pound rig will allow Street View to include panoramas from places like mountains, jungles, hiking trails, ancient ruins, and much more. 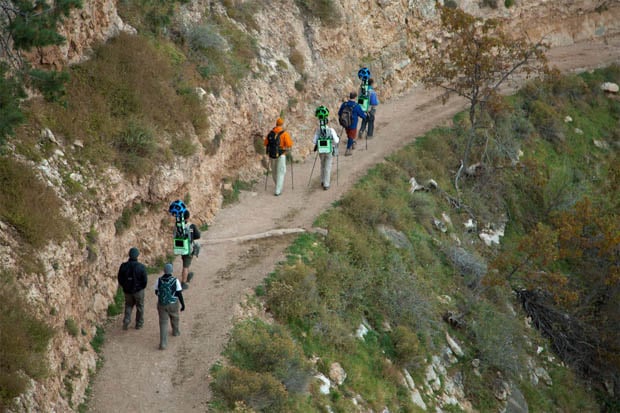 Google published this short teaser for the rig back in June to give the world an idea of what it’s planning:

Nathan Olivarez-Giles of Wired explains what the rig comprises and how it works:

The Trekker is basically a smaller version of the equipment the Google uses in its Street View cars — a cluster of 15 camera lenses, each respective lens with a resolution of 5 megapixels, shooting a photo every 2.5 seconds. The resulting images come out at a combined resolution of 75 megapixels. Everything is controlled by an HTML5 app running on a USB-attached Android phone called Trekker Interface. The app allows Googlers to not only start up the rig (which takes about 10 minutes in good weather) but also to see the shots they’re getting shortly after photos are snapped, for a bit of quality control.

The Street View team tested the Trekker out on its first official outing this past month, wearing the backpacks on a hike through the Grand Canyon.

Photographer Ariel Zambelich of Wired was invited to document the event. Here are some of the images he captured: 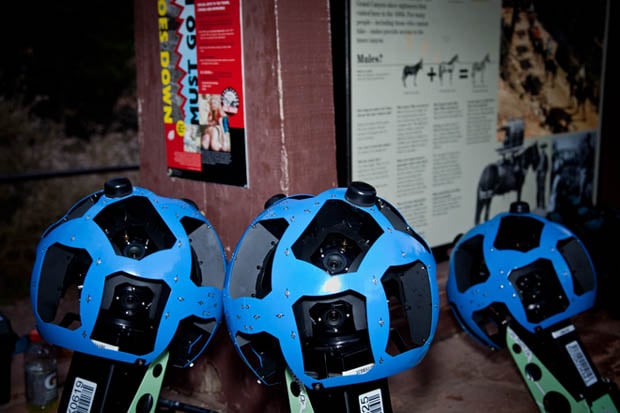 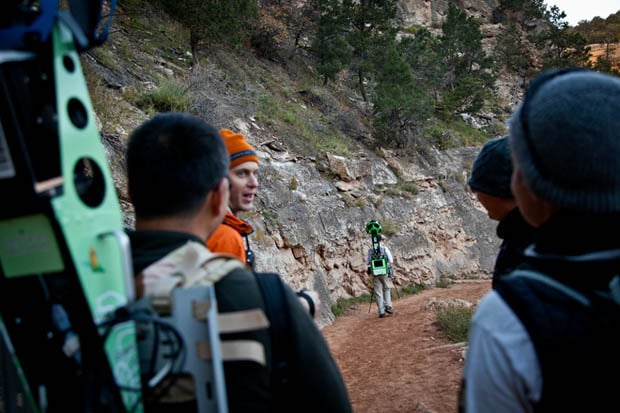 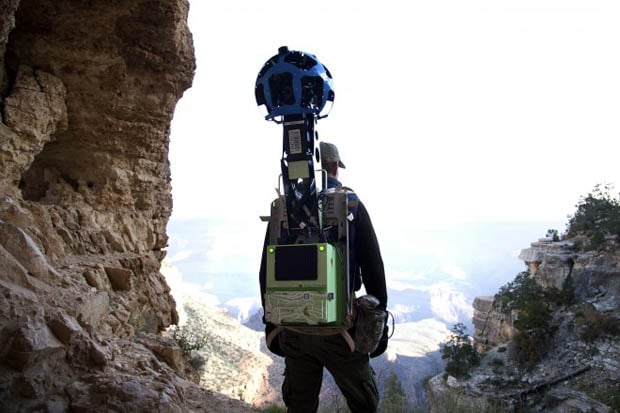 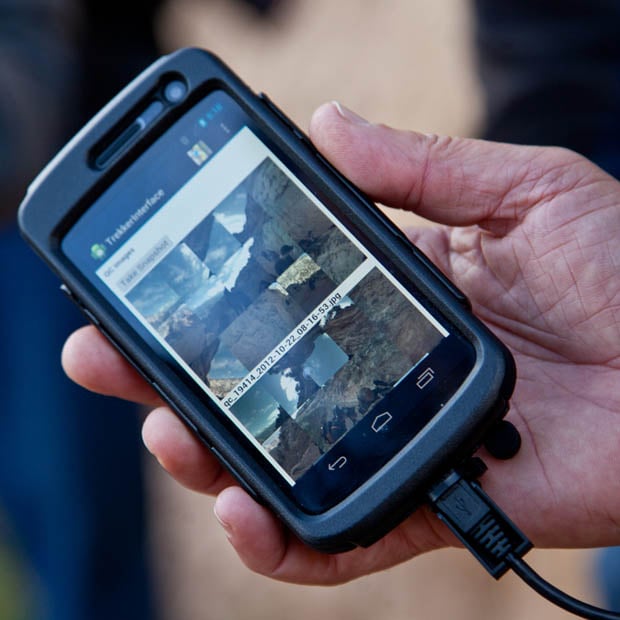 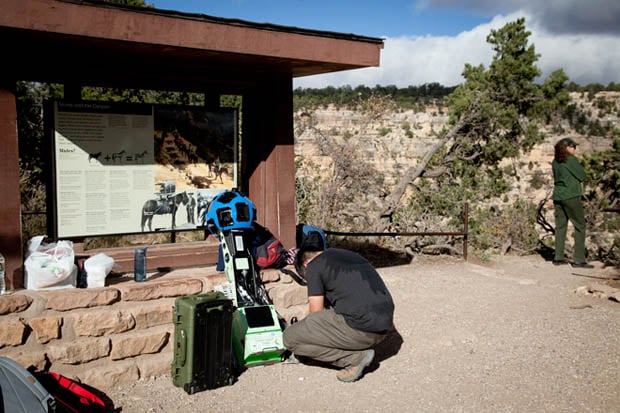 The magazine also has a great writeup that offers a behind-the-scenes look at what went down that day.

Imagine if everyone wore a Trekker-style rig every moment of the day, and if the rig automatically snapped 360-degree panoramas every few moments to document your life. That would be Memoto on steroids.

(via Google Lat Long via Wired)