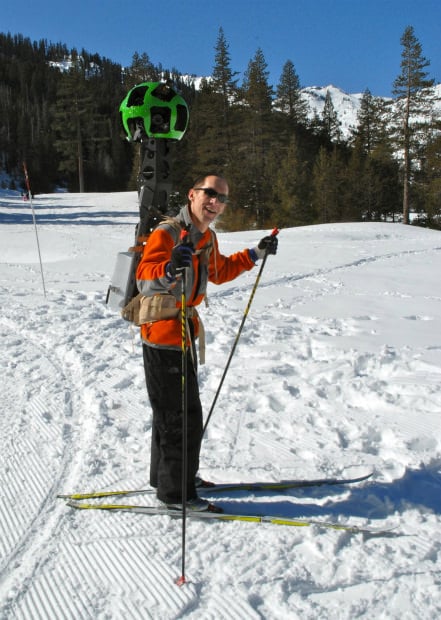 Besides sharing some impressive specs at that Google Maps presentation we mentioned yesterday, Google also unveiled a new street view tool that should go a long way in further mapping out our world. The Street View Trekker, as they call it, is a backpack-mounted street view camera that allows the wearer to photograph and document places that can only be reached using the good ol’ shoelace express. According to Engadget, the 40lbd Android powered backpack packs 15-megapixel cameras, an on-board hard drive, and enough battery to run for an entire day.

In all, the Trekker took about a year to build. And even though we have no idea when we’ll start seeing Trekker-captured images up on Google Maps, the idea is to use the backpacks to capture street view images of national parks, ski slopes and famous ruins. Even more intriguing, however, is that people may some day be able to rent them out. As Engadget learned after their short talk with Luc Vincent, a university could potentially get one for the day and map out a whole new area of their campus — not a bad way to take a campus tour if you ask us.

Frankenlens: A Polaroid Fused with a Micro Four Thirds Camera