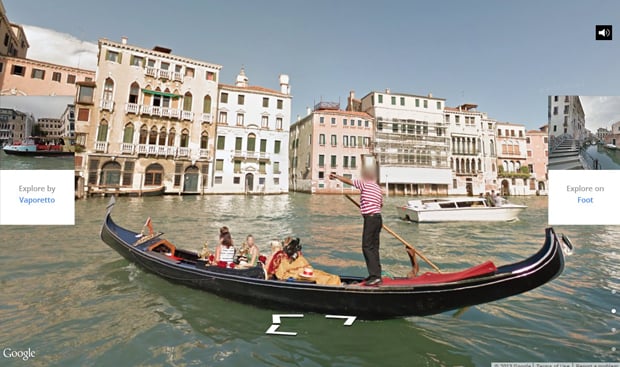 The Google Street View team went amphibious for its latest mission: a 360-degree capture of the canals, streets and piazzas of Venice — the city many view as the most romantic on Earth Venice.

Googleites equipped with a backpack-mounted Trekker camera wandered the street by foot, gondola and vaporetto to create a virtual tour through the ancient and famously navigation-challenging city. 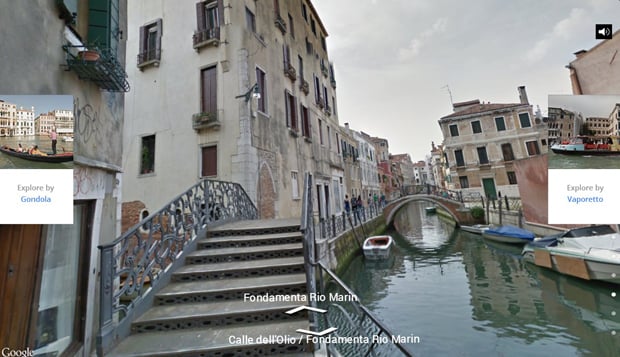 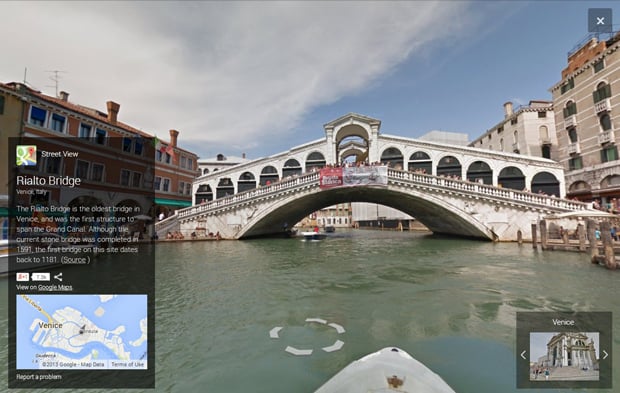 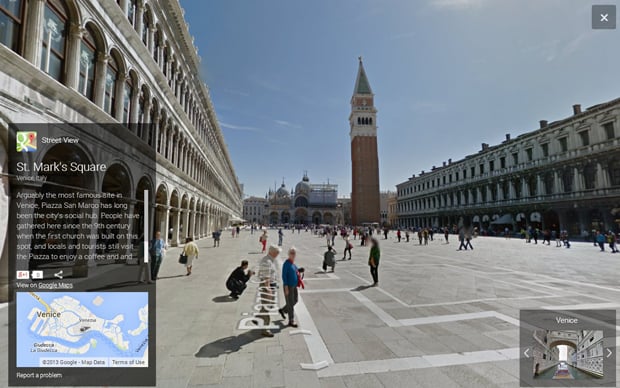 For those of us who wanted to see how it was done, Google was kind enough to put together the quick behind the scenes video below that shows how the company captured the 117 islands connected by 150 canals and 409 bridges, but the video isn’t alone.

In fact, Google has put together a whole behind-the-scenes ‘experience’, which even includes the addition of a 1838 map of the city so you can see how Venice has changed in the last 175 years.

Previous Street View projects have documented everything from the trails of the Grand Canyon to a James Bond torture island, once even falling prey to a bit of espionage paranoia.

Also, keep in mind that Trekker units are available for loan if you think you have a local landscape that measures up — and a strong enough back.