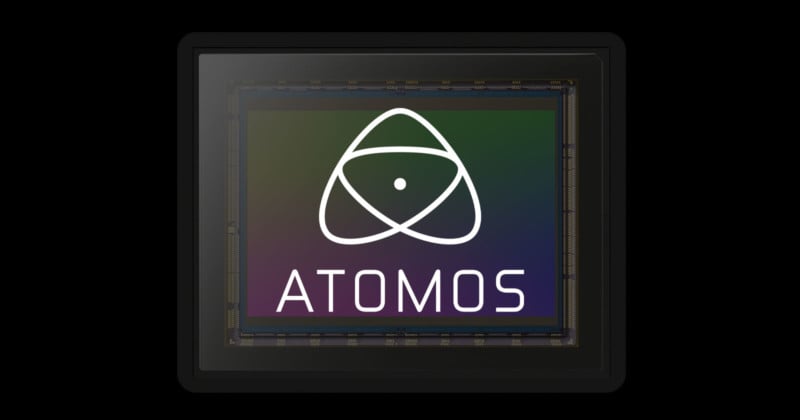 Atomos has announced that it has successfully developed a new 8K video sensor for use in cinema cameras and is currently evaluating the logistics for commercial release.

The news was shared in an announcement to investors earlier this month but has thus far otherwise flown under the radar, which is somewhat strange given the enormity of the reveal. Atomos doesn’t provide much detail, but does say that it has completed the development of an in-house “world-class” 8K video sensor that will allow video cameras to shoot in ultra-high resolution.

The company says that it chose to deviate from its typical bread-and-butter into sensor development because despite the fact that there are numerous 8K televisions on the market from Samsung, Sony, and LG, the creation of 8K content has been “lagging.”

“8K video has four times the resolution of 4K video and allows video creators much greater flexibility when zooming in or cropping their shots during editing, as the resulting shot maintains sharp resolution,” the company says.

Atomos says that it acquired the intellectual property rights and technical team from broadcast equipment firm Grass Valley five years ago with the goal of developing a leading-edge 8K video sensor. Grass Valley is currently operated by the investment capital group Black Dragon, which doesn’t appear to have a direct connection with Atomos, so it sounds as though Atomos purchased specific technologies from Grass Valley before the rest of the company was picked up by Black Dragon. PetaPixel has reached out to Atomos for greater clarity.

Development of the Atomos 8K sensor is now complete, and the company says it is now actively exploring the possibility of commercializing the technology and is in discussion with several unnamed camera makers who it says have shown “great interest.”

While Atomos is correct in the statement about a lack of 8K content, the second half of the argument is not quite as strong. While they do exist, there actually are not a lot of televisions that have embraced 8K, even at the extremely high-end, likely because there isn’t a lot of 8K video out there as mentioned but also because the displays are still quite expensive to produce.

It’s also not as though there aren’t cameras that can shoot 8K on the market already. Both the Sony Alpha 1 and the Canon EOS R5 C, for example, can both capture 8K video. Right now, the real bottleneck isn’t necessarily the availability of sensors, but the willingness of creators to actually invest in hardware (both processing and storage) that supports it.

When asked if the addition of sensor development was a sign of greater business diversification, Atomos declined to answer specifically but did say it is complementary to its current business.

“The 8K sensor is complementary to what Atomos has done historically (as well as not being a big shift away from core products) and creates opportunities for new revenue channels in very similar market segments, addressing very similar end users,” a company representative says.

Still, it’s a big deal to have a newcomer in the sensor development space. For years, Samsung and Sony have dominated the sensor market with few others making more than a slight dent in market share. Atomos, which typically has only made video recorders and associated accessories, is a surprise newcomer, but competition, as always, is a good thing.

Atomos says that the technical specifications of the sensor will be made available under NDA to potential commercial partners.