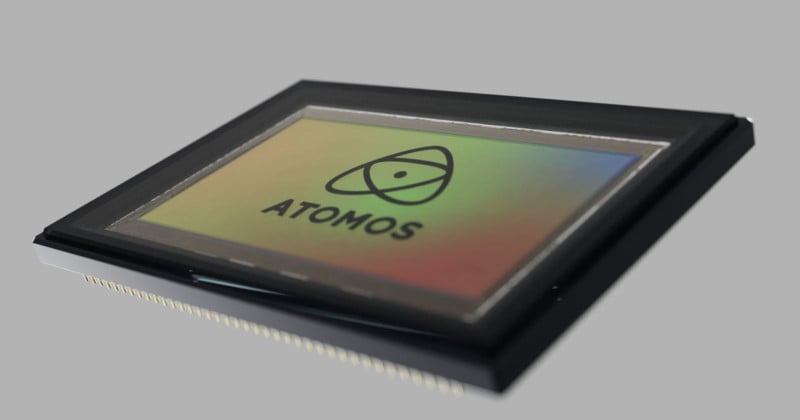 The Atomos-developed 8K sensor is called “Sapphire F8,” shoots up to 8K at 60 frames per second, uses a global shutter, features phase detection autofocus, and — perhaps most importantly — it generates very little heat.

Last month, Atomos revealed that it had successfully developed a new 8K video sensor for use in cinema cameras, but didn’t share much else. But in an interview with PetaPixel, Atomos CEO Trevor Elbourne explains a lot more about this sensor, including the fact that it’s ready to be worked into a new camera immediately.

To start with, Sapphire is a 17×9 aspect ratio, 8,192 by 4,320 pixels, global shutter sensor that can shoot full-frame 8K at up to 60 frames per second (FPS), 4K at up to 240 FPS, and 1080 at up to 360 FPS. Elbourne says it has 15-stops of dynamic range and is capable of shooting HDR video using line-by-line dual exposure (by capturing both short and long exposures of alternate lines to produce HDR images).

But perhaps most impressive, Sapphire has a very low power draw: two watts in 8K. That low power draw means it doesn’t produce much heat either, which Elbourne says allows it to be packaged into smaller camera bodies and it is entirely possible that it wouldn’t even require active cooling.

“Across all the modes, including high-resolution 8K, we maintain full 12-bit ADC resolution across the entire operating range. Often you trade off ADC precision, but we don’t do that. That’s fairly unique,” Elbourne says. 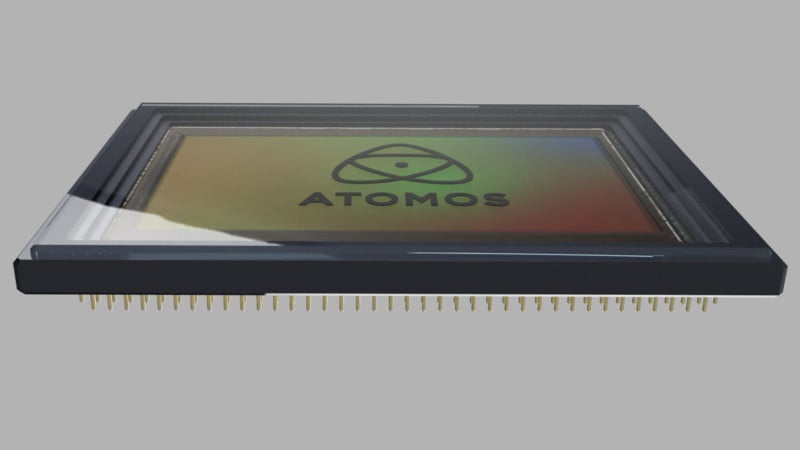 “There is nothing that we are aware of that competes, particularly because the 8K global shutter and low power make it unique. This continues to be a real struggle for camera makers. We saw it very publicly when Canon released the R5,” he continues.

Elbourne says that it’s not just the removal of fans or reducing their size that a low-power sensor allows. When heat and power draw to the sensor is less of an issue, camera makers can fit in other features more easily, such as a better image processor.

“You can give more power to other features in the same form factor. Lower power gives you more design options,” Elbourne adds.

A Sensor Years in the Making

The Atomos Sapphire 8K sensor was originally conceived as just one part of what would have been an Atomos camera. Going back several years — back to before Blackmagic entered the camera business — Elbourne says the company had started to plan to produce an in-house cinema camera.

“We had all the right sort of tech, or a lot of the pieces, to go and put a camera together,” Elbourne says. “We have our industrial design team, who are based in Tokyo and are all ex-Sony/Canon engineers who all have a background in this sort of work, and we have the video processing and image processing capability. A lot of what we do in the Ninja and related products is very similar to what happens inside a camera, even more so now that we display RAW images on screen.” 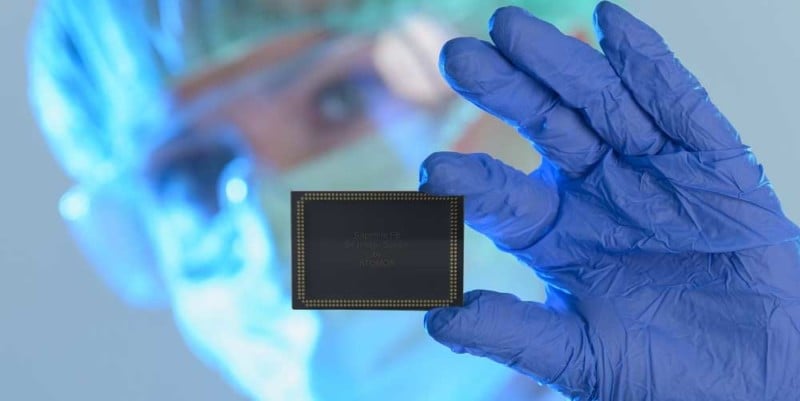 The company had the capability and saw the market opportunity, and so it got to work. But designing a camera takes time, and as the team working on the image processing chip took longer than expected, Atomos saw its window for entry start to close.

Atomos decided not to continue with the camera project, but the sensor was, at this stage, already quite advanced and Elbourne says the company had early prototypes in the lab that showed promising results.

“We thought we would end up with a good outcome by completing it and looking into other paths to commercialization outside of using the sensor in our own products,” he says. 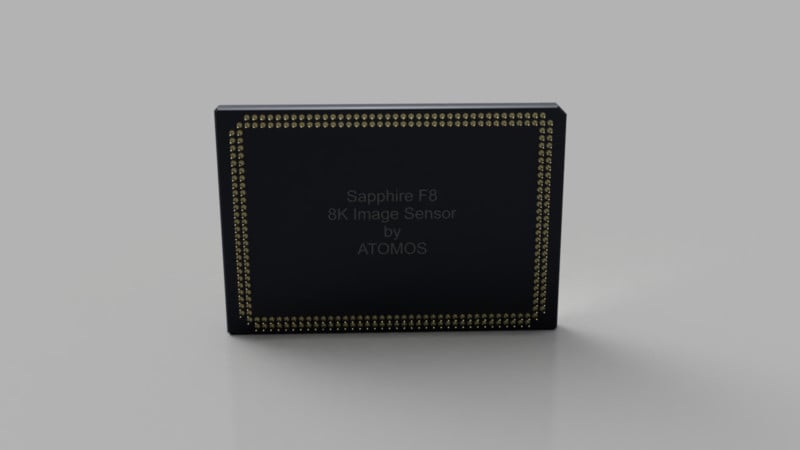 “So we carried on with it to finish it off, and so that leads us to where we are, where the project is — from an engineering point of view — ready to go to commercialization.”

The sensor is fully designed by Atomos and while the company doesn’t have its own fabrication facility, is partnered with one to produce the sensor now.

Why Atomos Believes its Sensor is Needed

When Atomos revealed it had a sensor last month, it said that it chose to get into the market because despite the fact that there are numerous 8K televisions on the market from Samsung, Sony, and LG, the creation of 8K content has been “lagging.” That’s only part of the story, as it turns out.

“A lot of camera makers don’t really have access to cutting edge, state of the art sensors because if you’re a Panasonic, for example, how do you source these sensors? Well, you go to Sony. And you’re at the mercy of whatever Sony is going to provide to you,” Elbourne says.

“Sony doesn’t want Panasonic, ultimately, to make better cameras than they do.” 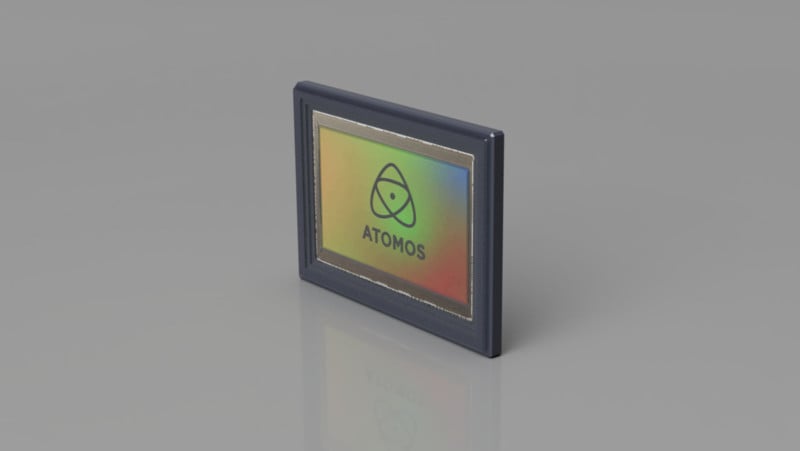 Elbourne says that the advantage of Atomos in this market is that camera makers can bypass that kind of competitive tension since Atomos doesn’t have a vested interest in not letting a company have the best that it can produce.

“It opens up the competitive market to camera makers who don’t necessarily have access to the latest and greatest,” he adds.

Camera development is a years-long process and often one of the first aspects of that camera’s design cycle starts with the sensor. As such, if a manufacturer was to sign off on the Atomos sensor today, it would still likely be three years or more before a camera utilizing it would come to market.

That said, Elbourne says that Atomos would “definitely” be ready for the start of any new design cycle.

“Things wouldn’t be held up by us. We are ready to start engaging now.”