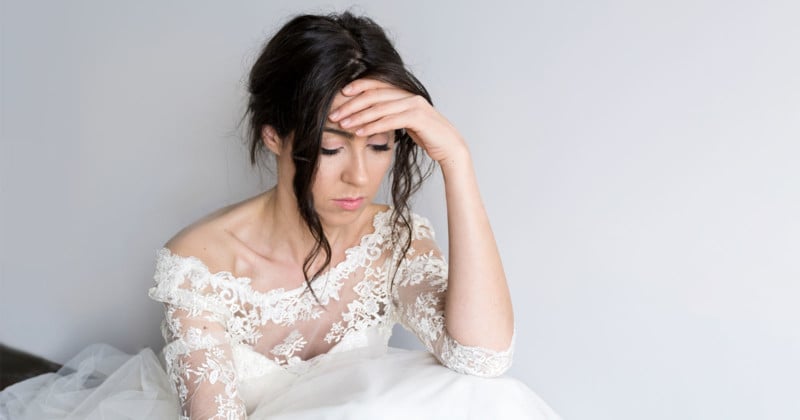 A woman has described the alleged circumstances that saw her get demoted from a bridesmaid to an unpaid photographer at her friend’s wedding.

A Reddit user named OtoAForLife shared the story on Monday, in a post that has been upvoted almost 11,000 times on the platform.

The 26-year-old woman called Aila recounts how she was set to serve as one of five bridesmaids at her friend Diedre’s wedding. She describes that she was significantly taller than the other four bridesmaids. Aila also notes that she had a vague interest in photography and owned a Nikon DSLR.

“I have a Nikon DSLR and have always liked to casually take pictures for my social media, which I did of all of us in the time leading up to the wedding,” writes Aila.

Diedre had hired a professional photographer for her wedding. However, on the actual wedding day the paid photographer was taken ill and had to leave without shooting the pictures.

“The day of the wedding, the paid photographer Jenny was on-site at Diedre’s massive church but was sick,” adds Aila. “She said she’d eaten something that didn’t agree with her, that she could power through, and she’d done COVID tests so it wasn’t that, but ultimately she had to leave.”

Shortly after the professional photographer left, the bridal party needed to start getting ready to proceed to the foyer for the wedding ceremony. However, Diedre instead asked if she could have a chat with Aila. Aila recalls how “everyone was quiet and staring” at her as the bride took her off for a private conversation.

It was at this point that Diedre told Aila that she had come up with a solution to replace the professional photographer who had been taken sick. Diedre suggested that Aila be removed from her role as a bridesmaid in the ceremony and instead enlisted her as an unpaid wedding photographer, asking that she take the photographs with her Nikon DSLR.

“Diedre said that since Jenny was gone they didn’t have a wedding photographer. She wanted me to give my bridesmaid dress to [her fiance’s sister] Ashley and take photos with my Nikon, since no one wanted to just have pictures on their iPhones,” writes Aila.

Aila describes how everyone immediately started helping her out of her bridesmaid dress and informing her that she would no longer be fed or treated as a guest at the wedding. She also recounts how the bridal party began telling her that this was a “much better plan” and started “hyping up” her “photography skills”. They also commented on how the bridesmaids would now look more “uniform” in the wedding photographs if taller Aila was not included in the bridal party.

“I was immediately pretty hurt by the demand that I be responsible for not only the wedding photography for free, but that everyone was implying that I’d make pictures look weird if I was in them, and that I’d be okay with not having a seat at all or the chance to eat,” adds Aila. “I told Diedre that I wasn’t a professional photographer and that I didn’t know what I was doing, but she just kept saying ‘You’ll do great’ and ‘I’m sure it’ll be good’.”

However, rather than take the downgraded role of unpaid wedding photographer, Aila says she left the wedding altogether: “While everyone continued to get ready, I packed up all my stuff, said that I had to take it out to my car, then drove home.”

Social media users praised Aila for walking out of the wedding and criticised the bride for her inconsiderate request.

“You were literally uninvited to the wedding and forced into being an unpaid employee instead,” writes Reddit user, Torchwood Four.

Sometimes things can go awry with wedding photography when the big day comes. PetaPixel previously reported on a photographer who canceled her service the night before a client’s wedding.

Meanwhile another photographer went viral after she revealed how she deleted her friend’s wedding photos after he turned out to be a “groomzilla”.