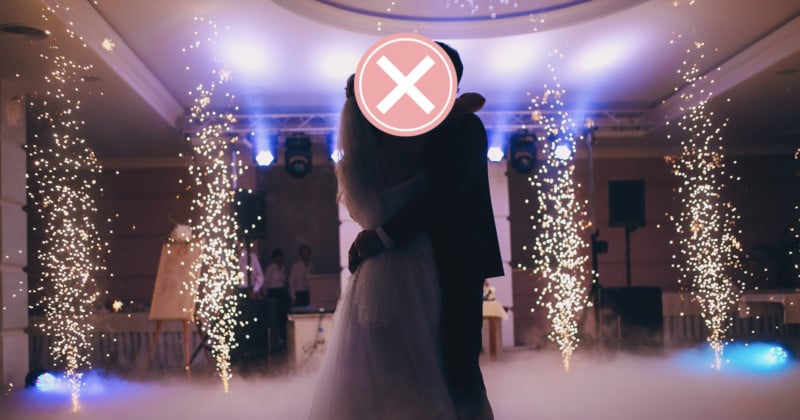 An anonymous photographer has gone viral online after sharing the story of how she deleted her friend’s wedding photos at the wedding after he turned out to be a groomzilla.


The account was published by the photographer under the username Icy-Reserve6995 to the popular Reddit subreddit AmItheA**hole, in which people share disputes with the 3.1-million-strong community to have others weigh in on whether they were in the right or whether they were actually the “a**hole.”

The woman explained that she is a dog groomer who often photographs clients’ dogs to put up on her Facebook and Instagram accounts. She had been invited to a friend’s wedding, but the friend subsequently asked if she could be the photographer instead — she agreed to help out and accepted a “mate rate” that most wedding photographers would balk at.

“A friend got married a few days ago and wanting to save money, asked if I’d shoot it for them,” she writes. “I told him it’s not really my forte but he convinced me by saying he didn’t care if they were perfect: they were on a shoestring budget and I agreed to shoot it for $250, which is nothing for a 10-hour event.”

On the wedding day, the photographer drove around with the bride to various locations to document the preparations before arriving at the venue and covering the ceremony and reception. It was during the reception that the groom’s expectations for her rubbed the photographer the wrong way.

“I started around 11am and was due to finish around 7:30pm,” she recounts. “Around 5pm, food is being served and I was told I cannot stop to eat because I need to be [the] photographer; in fact, they didn’t save me a spot at any table.

“I’m getting tired and at this point kinda regretting doing this for next to nothing. It’s also unbelievably hot: the venue is in an old veteran’s legion and it’s like 110°F and there’s no AC.”

Finally, the photographer had an exchange with the groom that made her snap.

“I told the groom I need to take off for 20min to get something to eat and drink,” she says. “There’s no open bar or anything, I can’t even get water and my two water bottles are long empty. He tells me I need to either be [the] photographer, or leave without pay.

“With the heat, being hungry, being generally annoyed at the circumstances, I asked if he was sure, and he said yes, so I deleted all the photos I took in front of him and took off saying I’m not his photographer anymore.”

The photographer says she had originally RSVPed to the wedding as a guest and had picked a meal choice, but the groom apparently “took it away because I was no longer a guest but hired help,” she says.

This wedding photography dispute has since gone viral. It amassed roughly 18,000 upvotes and 2,300 comments on Reddit before hitting mainstream media outlets — publications that have shared the strange tale include Newsweek and The Independent.

Responses to the story are overwhelmingly in support of the photographer.

“For that price I wouldn’t even consider it as a job, it was more like a favor,” one commenter writes. “And that you were an invited guest that got uninvited for doing them a favor is just mind-boggling.”

“$250 is nothing for the amount of hours you worked,” writes a former wedding photographer. “Unfortunately the people who pay the least are usually the ones who want the most. When I shot weddings, I was literally forced to sit down and eat/drink by my brides/grooms, not just because it was in my contract, but because they respected me as a human being. I’m sorry you’ve been burned by this ‘friend.’

“If you’d like to save the photos, and you haven’t reformatted the card(s) they were on, you can most likely get them back by using a recovery software.”