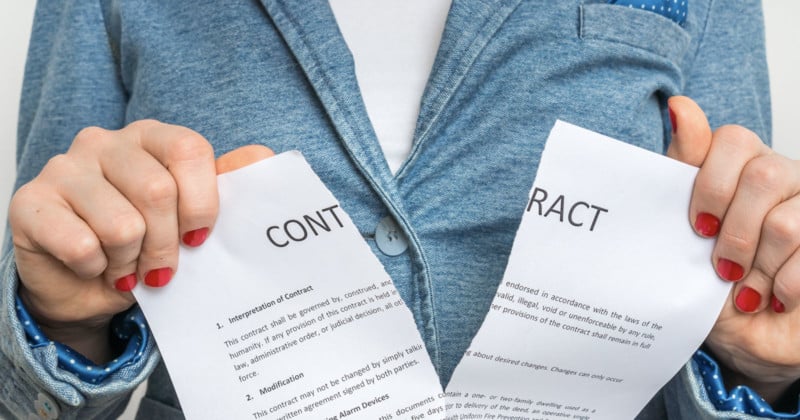 Photographer Shayla Herrington revealed in a viral TikTok video that she canceled her service the night before the wedding.

Herrington says that she did not receive an answered questionnaire from the bride. In fact, she didn’t even know the location of the wedding just hours before it was due to go ahead. So she told the bride the contract was void.

Herrington explains that the bride booked her before she had booked the venue, and paid a non-refundable deposit to do so.

@shaylamherrington Was I in the wrong? Find the preset i used to edit in my bio! #weddingphotographer #weddings #weddingplanning #storytime #wedding #photographer #engaged #preset ♬ Monkeys Spinning Monkeys – Kevin MacLeod & Kevin The Monkey

“I let her know that a few weeks before the wedding I would send a questionnaire where she would need to give me the address of the venue and all the details so I could properly photograph her day,” Herrington says on TikTok.

“It had been a week since I sent her the questionnaire and I still heard nothing. So I sent her a text with a five-dollar Starbucks gift card and said ‘hey, you must have a lot on your mind right now, go get yourself a coffee and try and get me that questionnaire as soon as you can.’ She never responded.”

Despite the kind offering of a free coffee, the bride still did not get back to Herrington who started to become “concerned.”

“At this point, I had no address or no idea where I would be going. So, I tried calling her, I also sent an email and another text,” she says.

“So the night before the wedding I sent an email letting her know that the contract was void and I could not perform my services — I had no information.”

Shockingly, the bride responded on the day of her wedding and chastised Herrington for being “unprofessional” and proceed to write a bad review on Facebook. Despite this, Herrington “went ahead and gave her her deposit back.”

The video of Herrington’s story has received almost two and a half million views on TikTok with most commentators sympathetic to the wedding photographer.

“100% on the bride. She had multiple opportunities to communicate with you,” writes mrsvanderwal.

“You seem very professional. But you should have kept the deposit since it was stated as non-refundable and people like her need to learn the hard way,” adds another.

Last year, Herrington sparked a lively discussion online by sharing three things photographers see at weddings that may indicate that the new marriage will not last.