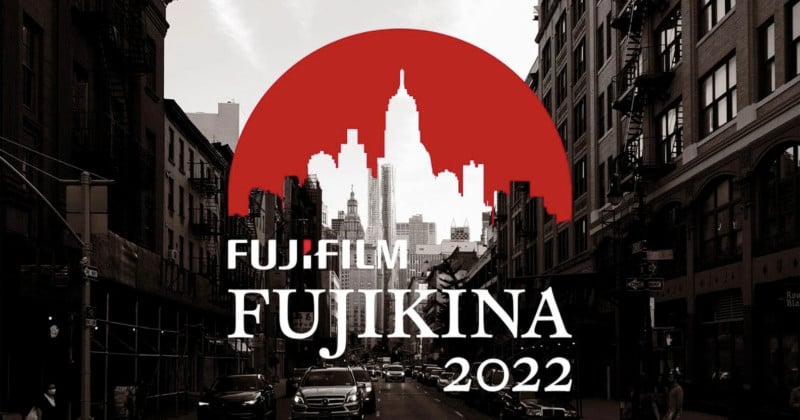 Fujifilm will host what it describes as a free and “interactive festival” for anyone interested in photography this September in New York. Called Fujikina, the event is making a location shift from its traditional home in Tokyo, Japan.

The company says that this “curated, dynamic public event” will showcase the power of image making through a series of special exhibits of selected works from what it describes as an emerging generation of image makers, a list of which can be found on Fujiflm’s blog.

“We are excited and honored to host Fujikina in New York City, which has such a rich history of showing Fujifilm’s support and celebration of the arts. We’re excited to make the city a big part of the experience for our guests,” Victor Ha, vice president, Electronic Imaging and Optical Devices, Fujifilm North America Corporation, says.

“Demonstrating Fujifilm’s ongoing commitment to storytelling, Fujikina New York will be part touch-and-try, part education, and part exhibition — truly a festival for the image-making community and anyone interested the art of visual storytelling.”

Fujifilm says the event will be comprised of a mix of hands-on seminars and workshops with creators who will share experiences, techniques, and views on various image-making styles, like portraiture, photojournalism, landscape, and other disciplines. As expected, the event will also serve as a place for attendees to test out various Fujifilm cameras and lenses.

The company also plans to host several photo walks that will be led by Fujifilm’s photography experts who will teach techniques for capturing various types of photos and will be allowed to practice said techniques using loaned Fujifilm digital cameras and lenses.

Fujikina is additionally taking place to celebrate the 10-year anniversary of the Fujifilm X-mount, and in honor of the milestone, the company will showcase a special project that showcases imagery and stories from 10 women image-makers with diverse backgrounds and skill sets.

Fujikina is scheduled to take place at Glass House in New York City on September 10, 2022 from 10 AM until 7 PM. There is no cost associated with the event and those interested can register on Fujifilm’s website. Detailed information on the seminars, workshops, and speakers can be found on the Fujikina information page.