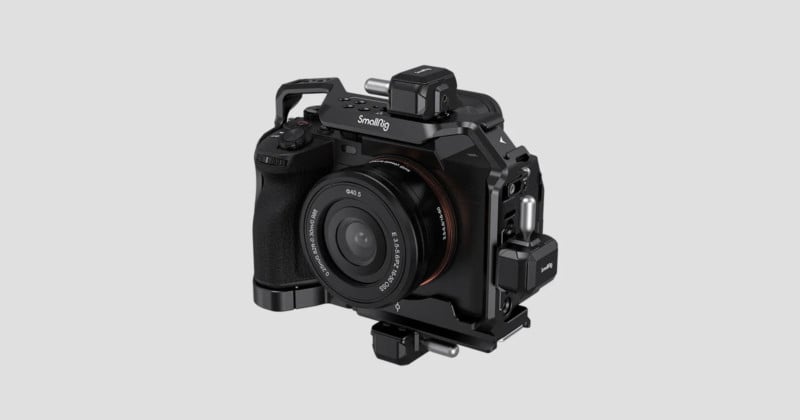 SmallRig will soon announce an airbag system for cameras called the AirGuard. The company says that the system, which is integrated into a camera cage, uses an accelerometer to detect a fall and automatically deploys an airbag to protect the camera.

Leaked on Weibo and spotted by Sony Alpha Rumors, the AirGuard uses three small modules that hold a compressed air canister (specifically touted as a micro, high-pressure gas cylinder) that deploys a literal airbag to protect a camera. 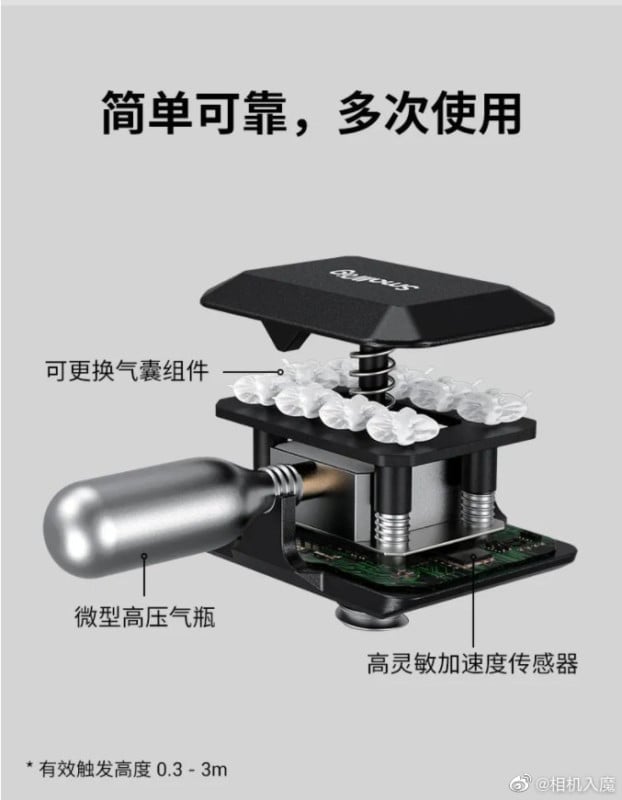 SmallRig describes the airbag module as having a built-in high-sensitivity acceleration sensor. When a camera falls, the sensor opens the airbag automatically to form a flexible protective frame that encompasses the camera and lens from multiple directions and angles.

The airbag has enough time to deploy and can protect a camera from an effective height of between 0.3 to three meters (about 11.8 inches to about 9.8 feet), which easily covers the height of any normal table and well beyond. The ability to detect a fall in as little as 0.2 seconds, which is fast enough to react to a fall of less than a foot is also impressive. 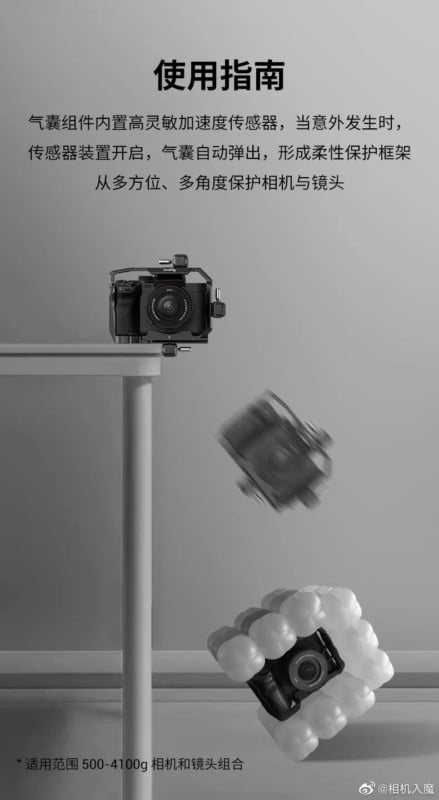 SmallRig shows three AirGuard airbag units on the outside of a camera cage (top, one side, and bottom) as enough to protect a camera and lens from a fall. Additionally, the airbag units are replaceable.

The company describes the AirGuard as “modular,” which likely means that the airbag units can be attached to a camera cage of multiple sizes that can encompass a wide range of cameras. In its marketing materials, SmallRig specifically shows a Sony mirrorless camera, but obviously the company believes the system is capable of protecting cameras of a range of sizes; the airbags are rated to protect a camera between 500 and 4,100 grams (from between about 1.1 and nine pounds). 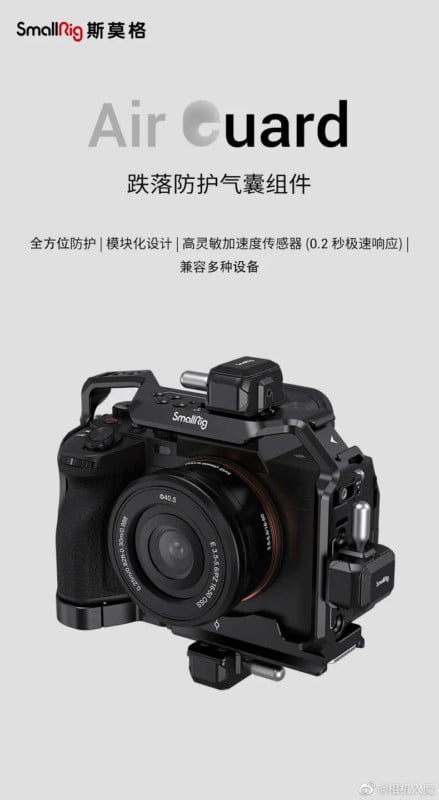 The idea of a small deployable protective airbag system isn’t new. For example, the Hövding is a similar idea that works for human heads and is billed as an airbag for cyclists.

More recently, a Chinese company built an “airbag jacket” that would protect the elderly from a fall.

While the general concept isn’t new, this might be the first time the idea has been integrated into a camera cage to specifically protect high-value cameras and lenses. The leak doesn’t mention a price or a release date, but expect to see it listed on SmallRig’s website soon.

Update: While we haven’t been able to confirm yet, since publication we’ve seen enough evidence to believe that this is very likely made as an April Fool’s joke. We got fooled!