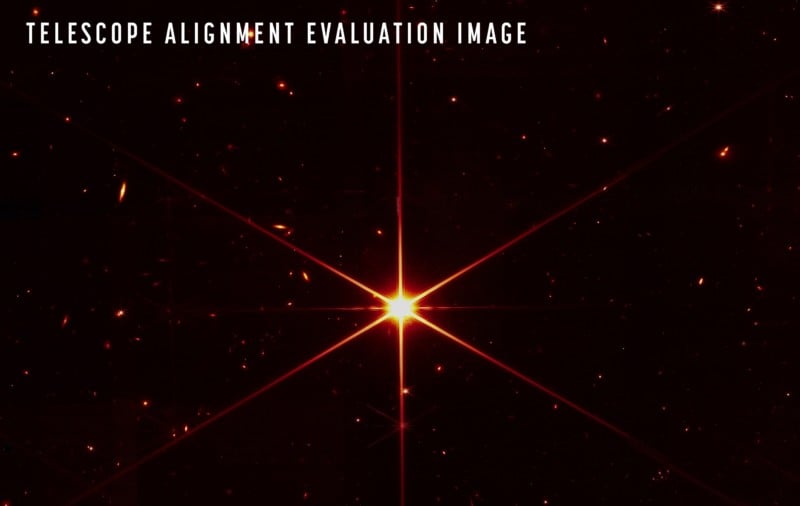 NASA has announced that the James Webb telescope has completed the fourth and fifth stages of its alignment and scientists say that the performance of its imaging system is at or beyond their most optimistic expectations.

The Webb team completed the stage known as “fine phasing” on March 11, a key stage in aligning the telescope. NASA says that the team has found no critical issues and no measurable contamination or blockages to Webb’s optical path and beyond that, the James Webb Telescope’s optical parameters are performing at or above expectations.

“We have now finished the fourth and fifth alignments. We have taken our first images and it was a very emotional moment. We blew the images of the stars up and could see how it was performing. It is working extremely well,” Lee Fienberg, the Webb Optical Telescope Element Manager, says.

Fienberg describes the performance of the telescope’s imaging system as “phenomenal.” The photo of the star above is a 2,100-second exposure taken roughly at two microns.

“While the purpose of this image was to focus on the bright star at the center for alignment evaluation, Webb’s optics and NIRCam are so sensitive that the galaxies and stars seen in the background show up. At this stage of Webb’s mirror alignment, known as “fine phasing,” each of the primary mirror segments have been adjusted to produce one unified image of the same star using only the NIRCam instrument. This image of the star, which is called 2MASS J17554042+6551277, uses a red filter to optimize visual contrast,” NASA explains.

“You not only see the star and the spikes from the diffraction of the star but others in the field that are tightly focused,” he continues. “We have done a very detailed analysis and so far we are finding that the performance is as good if not better than our most optimistic expectations.”

With the fine phasing stage of the telescope’s alignment complete, the team has now fully aligned Webb’s primary camera, the Near Infrared Camera. The images are as finely aligned as physically possible.

“We have fully aligned and focused the telescope on a star, and the performance is beating specifications. We are excited about what this means for science,” Ritva Keski-Kuha, deputy optical telescope element manager for Webb at NASA Goddard, says. “We now know we have built the right telescope.”

On Track for Science Operations in July

Below is a “selfie” that was created using a specialized pupil imaging lens inside of the NIRCam instrument that was designed to take images of the primary mirror segments instead of images of the sky. NASA says this configuration is not used during scientific operations and is used strictly for engineering and alignment purposes. In this image, all of Webb’s 18 primary mirror segments are shown collecting light from the same star in unison. 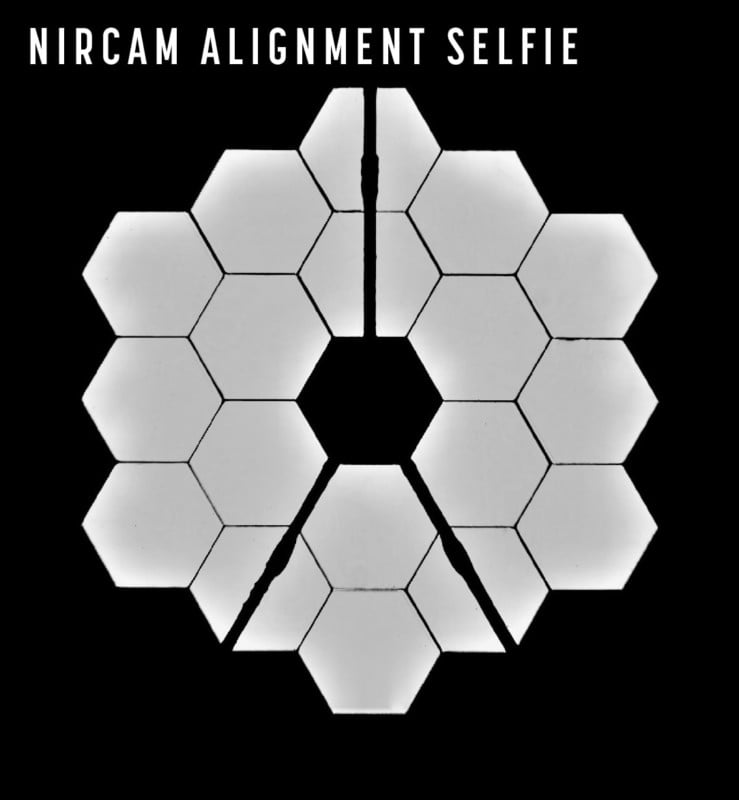 NASA says that over the next six weeks, the team will proceed through the remaining alignment steps before final science instrument preparations.

“The team will further align the telescope to include the Near-Infrared Spectrograph, Mid-Infrared Instrument, and Near InfraRed Imager and Slitless Spectrograph. In this phase of the process, an algorithm will evaluate the performance of each instrument and then calculate the final corrections needed to achieve a well-aligned telescope across all science instruments. Following this, Webb’s final alignment step will begin, and the team will adjust any small, residual positioning errors in the mirror segments.”