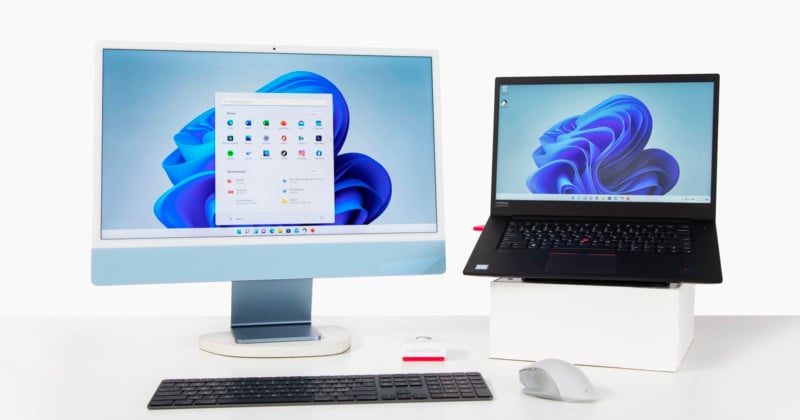 Astropad has announced version 5.1 of Luna Display which adds a PC-to-Mac mode that allows for up to 5K resolution Mac computers to be used as a second display for PCs.

Luna Display recently enabled the use of an iPad as a wireless display for PC devices, but version 5.1 now allows what the company is calling PC-to-Mac mode, which allows any Mac to be used as a wireless second display for any PC.

Luna Display already supported this feature from Mac-to-Mac, but now PC users can feel free to make use of iMac computers as second displays, too. Because of their tight integration, iMacs tend to be popular for small offices or those who want to make one purchase that checks all the boxes. But along with that comes the problem of disposal once the computer has lived out its lifespan. Even if the display has more to give, Apple hasn’t thus far made it possible to use an older device just as a display — yet. Luna Display has, and now that feature is available to anyone with any computer.


“We got some criticism for taking such a long time to add Windows support for Luna. That’s because we took our time to carefully rearchitect Luna’s underlying technology — our engineers re-wrote every line of code for cross-platform support,” an Astropad representative tells PetaPixel.

“It was a huge time investment, but now that it’s done, it’s made it easy for us to quickly build new cross-platform features like PC-to-Mac Mode. It feels good to harvest the hard work we’ve put into our technology these past few years! We’ve already jumped into development for Mac-to-PC and PC-to-PC Modes (coming soon!).”

In addition to PC-to-Mac Mode, Luna Display 5.1 also adds teleprompter mode and Office Mode for PC, 4K and 5K resolution support, and Magic Keyboard support. Teleprompter mode allows users to pair Luna Display with a beam splitter to give direct eye contact during video calls. Teleprompter Mode automatically flips the display image, so that the beam splitter reflects the correct image orientation. Astropad says its perfect for professional meetings, online teaching, or interviews. This feature was made available on Mac in 2020 and now it is available for PC users.

Office Mode is designed for people who work in an environment with multiple Luna users. With Office Mode enabled, Luna will no longer automatically connect to the first computer it finds on the network. Instead, users must either connect via Wi-Fi Manual Connect, or USB cable.

Finally, users can also use a Magic Keyboard and trackpad with their iPad while using Luna Display. This new feature works for both Mac and PC.

Version 5.1 is available immediately and is a free upgrade to the Luna Display.