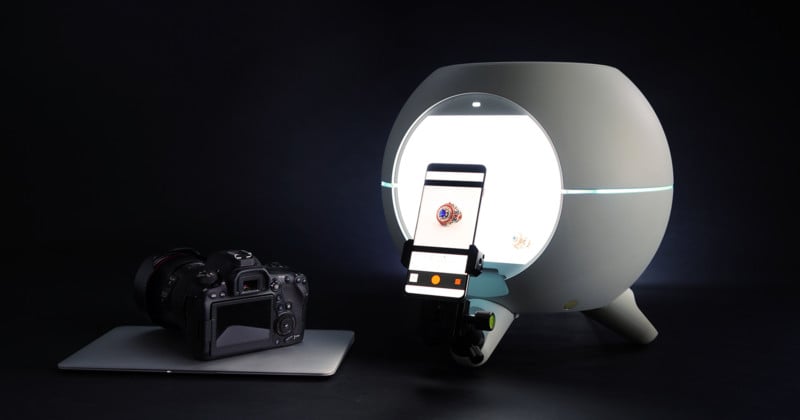 The Foldio360 Smart Dome is essentially a hybrid of all the Foldio products released so far: an all-in-one light dome, turntable, and companion app that should enable anyone to capture 360° photos with ease… as long as your product is small enough to fit inside.

Products inside the Smart Dome can be captured from above or in front, and the dome shape promises even lighting with no problematic reflections. The color temperature of the light inside can be adjusted through the app, and you can even use the app itself to capture and export 360° photos using your phone, in case you don’t have (or don’t want to use) a more professional camera and a PC.

The Smart Dome also comes with two magnetic covers, which can be used on either the front or the top. The standard cover is just… a standard cover. But the other option includes sliding windows so that you can close off your product more completely, as well as some convenient indentations for hanging a necklace.

Finally, the actual dome stand—the three feet that keep the dome elevated—includes a 3/8-inch male thread so that you can attach a ball head directly to the dome. This obviously won’t hold a big DSLR, but it makes a lot of sense for shooting 360° videos or photos using a smartphone.

You can see some examples of the dome in action below: 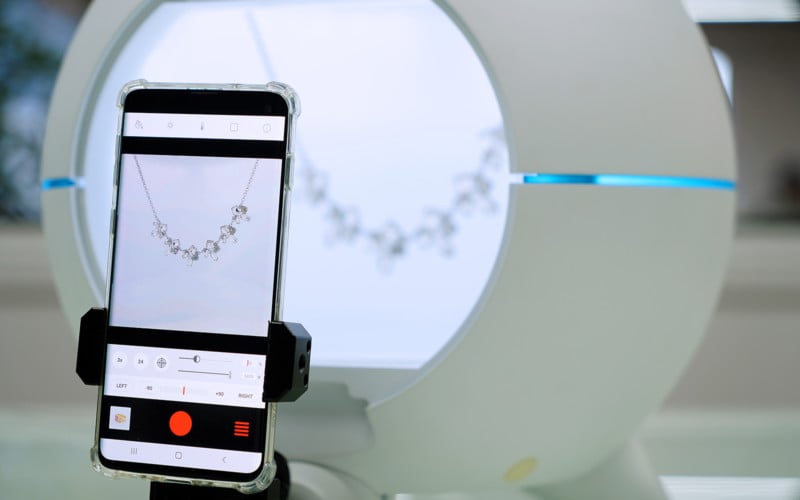 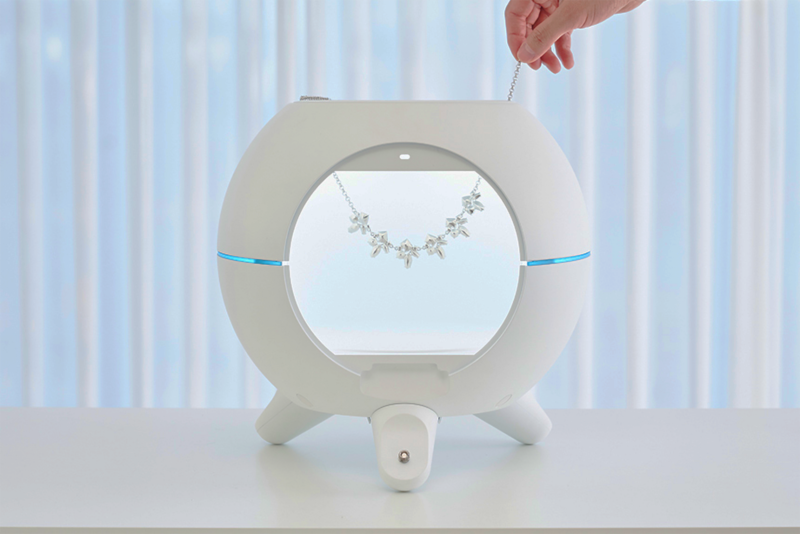 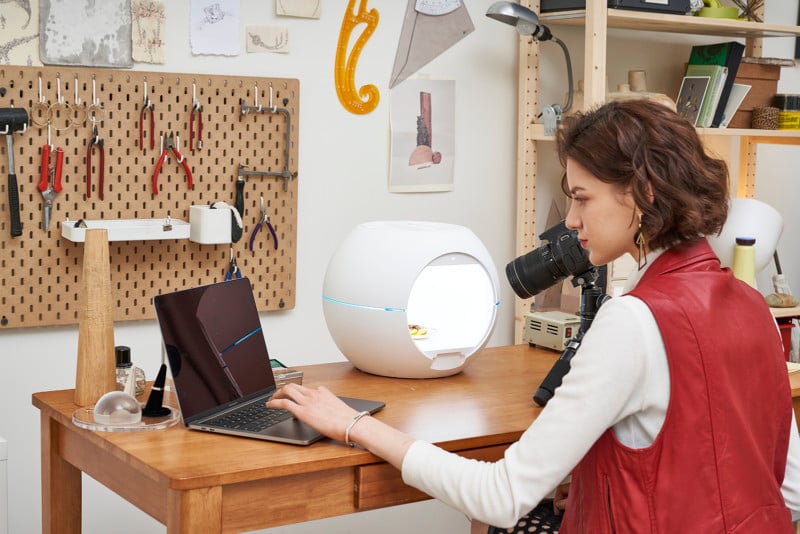 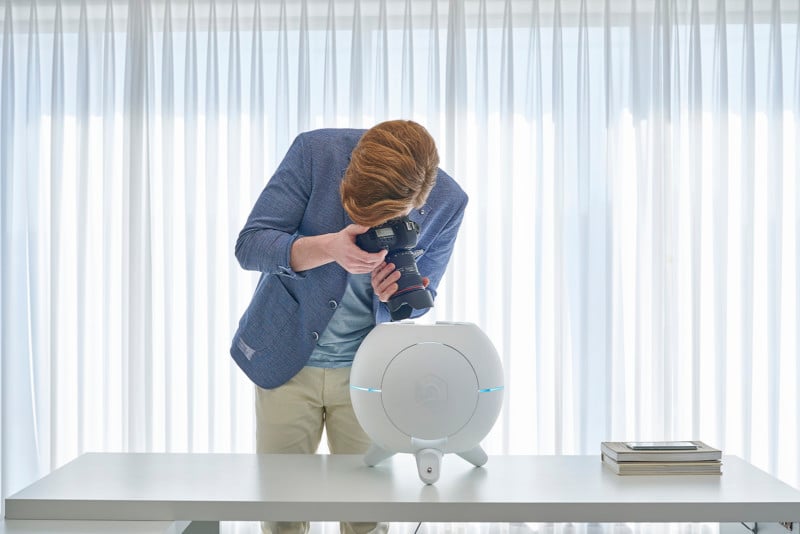 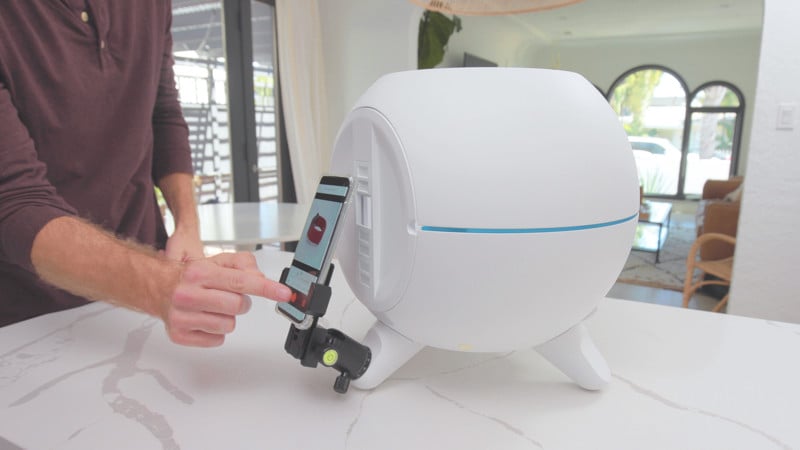 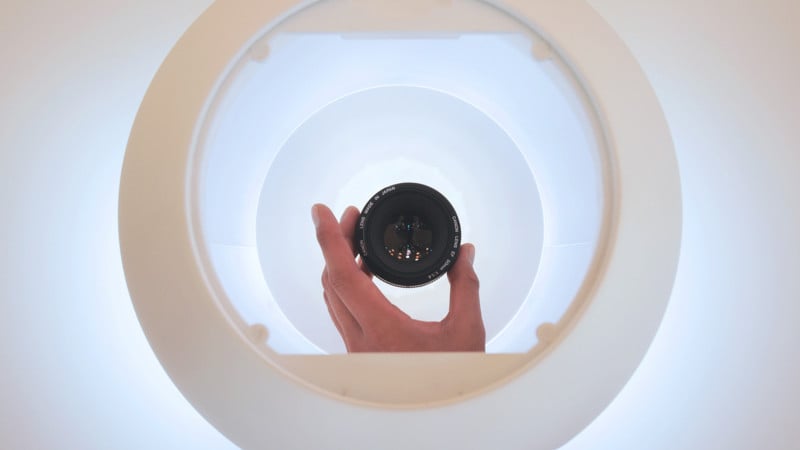 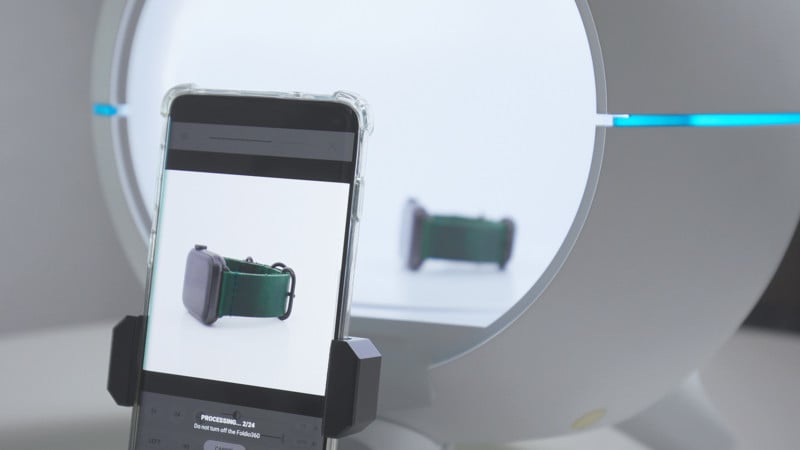 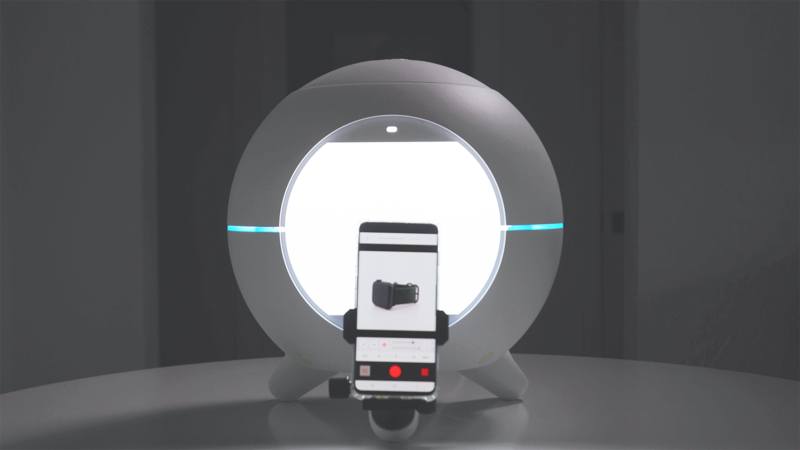 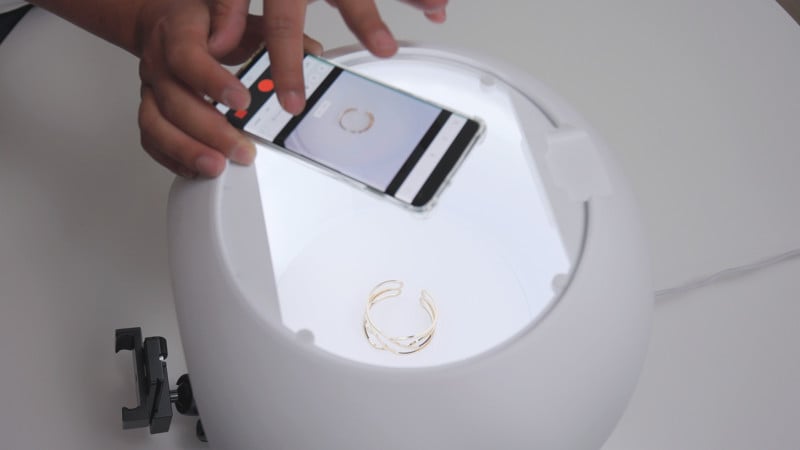 To learn more about the Foldio360 Smart Dome, head over to the company’s Kickstarter campaign.

As mentioned above, Orangemonkie has already raised well over $100,000 in crowdfunding as of this writing, with 43 days to go in the Kickstarter. If you want to get in on the campaign, you can reserve a Smart Dome of your own for a pledge of $320, which is $80 less than the product will cost once it officially begins shipping in March of 2021.

As with all of the Kickstarter campaigns we cover, a pledge is not a pre-order. Vaporware happens, no matter how much money a product raises, so do your research and pledge responsibly.