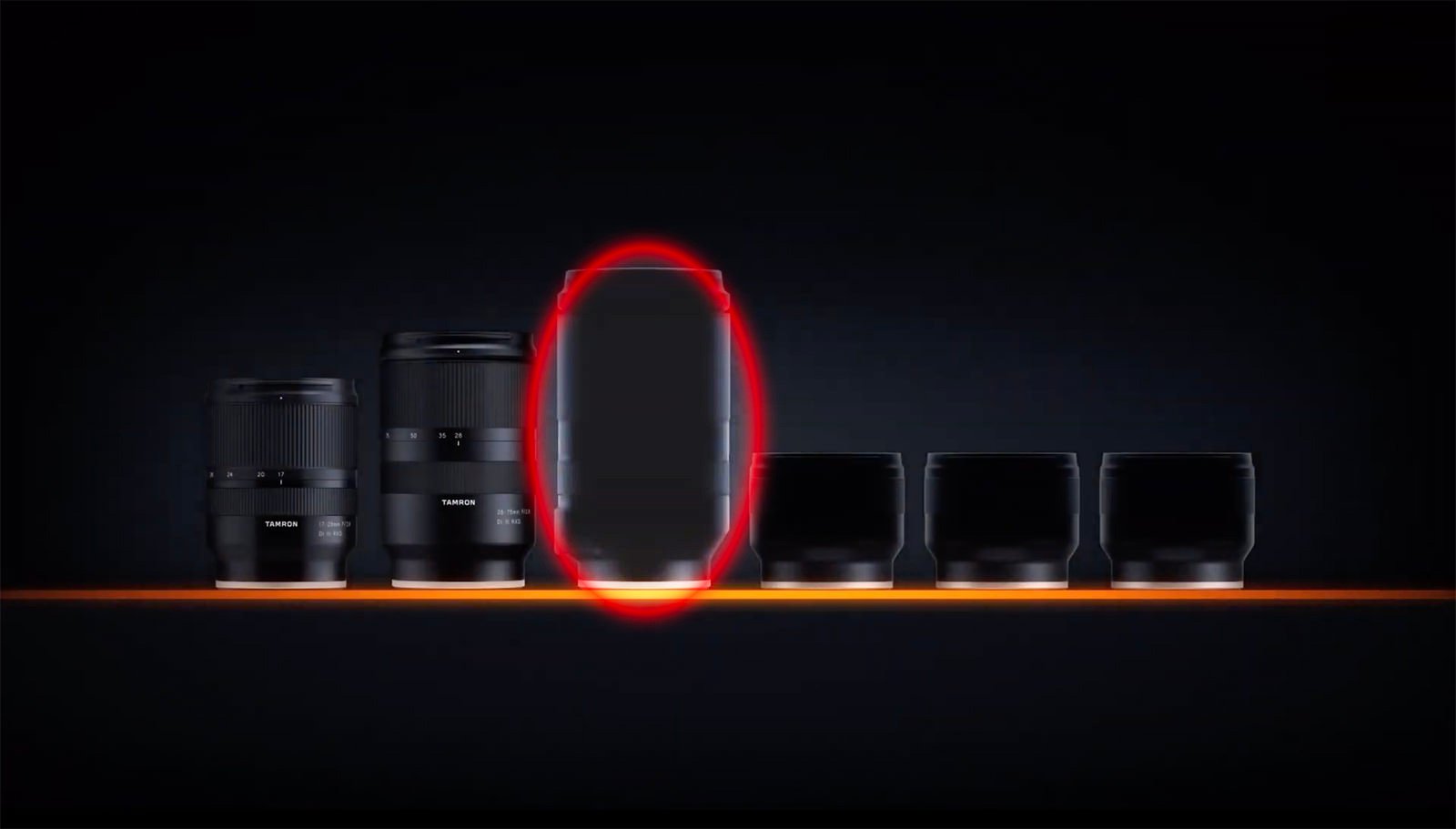 Last month, Tamron released a teaser for one new zoom and three primes that the company would be adding to its lineup of Sony full-frame E-Mount lenses. Thanks to a new report from Sony Alpha Rumors, we now know that the zoom lens will be a 70-180mm f/2.8.

The original teaser didn’t give much info, other than revealing that the new lenses would join the recently released Tamron 17-28mm f/2.8 Di III RXD and Tamron 28-75mm f/2.8 Di III RXD for Sony E-Mount. As such, it was pretty obvious that the zoom would be the final “holy trinity” lens in the Tamron FE lineup, but given the odd focal ranges of the other two, we weren’t sure exactly what Tamron would do with their 70-200-equivalent.

Now, thanks to the latest high-confidence report from Sony Alpha Rumors, we can be almost certain that Tamron will be releasing a 70-180mm f/2.8 Di III RXD in October, just in time to show off the lens to Sony shooters at PhotoPlus Expo.

While the loss of 20mm on the long end will be a bit of a disappointment for some, we anticipate the size savings will be substantial, making this a much easier lens to carry around without sacrificing too much reach. What do you think? If Tamron truly is planning to release a 70-180mm f/2.8, will you be lining up to buy it? Let us know in the comments.