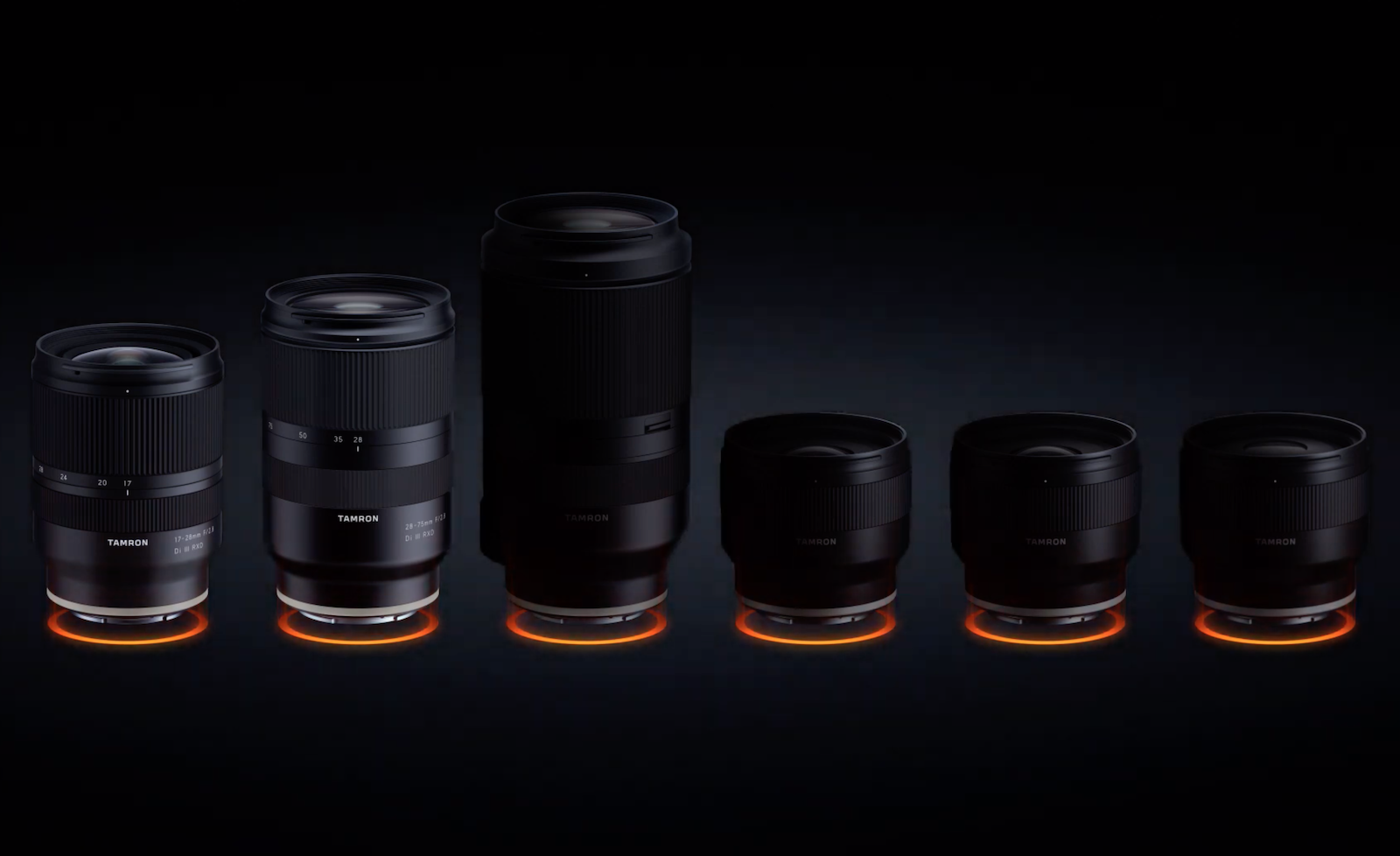 It’s a great Friday for the gear lovers out there. First, Fujifilm revealed the X-Pro3 with a very interesting hidden LCD concept; then, Ricoh announced the development of a new Pentax flagship APS-C DSLR; and finally, a new report has revealed all four lenses that Tamron will announce for Sony E-Mount in October.

The revelation comes from Sony Alpha Rumors, and if it’s accurate, we now know all four lenses that Tamron has been teasing for the past few weeks. The company’s latest teaser, released just 3 days ago, gives us a closer look at the soon-to-be-released glass, but stops short of revealing what it is:

Unfortunately (or fortunately?) for Tamron, Sony Alpha Rumors has received that information from a very reliable source, claiming that the four lenses are: a 70-180mm f/2.8, 20mm f/2.8, 24mm f/2.8, and 35mm f/2.8, all designed from scratch for Sony full-frame mirrorless cameras.

Like the Tamron 17-28mm f/2.8 Di III RXD and Tamron 28-75mm f/2.8 Di III RXD that have already been released, these lenses are expected to be compact, deliver excellent image quality, and save you a little bit of money when compared to Sony’s own high-end glass.

With just 10 days left in September, it shouldn’t be too long before these lenses become official. When they do, will you buy them?