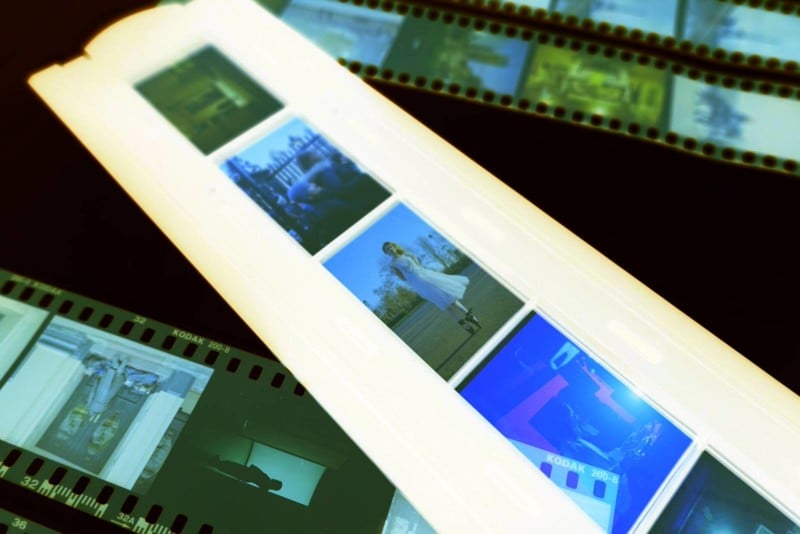 A year ago, I wrote an article over at 35mmc in which I discussed some of the jobs I had worked on using 35mm film and the way I handle a film workflow for assigned work. Since writing that piece I have taken on many more commissions for film-based work, and I thought it would be useful to take a more detailed look at some of the implications of shooting film as part of these projects.

Despite the effort from vocal members of the film community, the demand for film-based commissioned work is becoming increasingly rare. Although hobbyists, enthusiasts, and fine artists still produce enough spectacular work to maintain the relevancy of film in their fields, the slow nature of developing and scanning means that film cannot compete with digital when a fast turnaround is required.

There are now cameras capable of uploading images close to instantly directly to the Internet for up-to-the-minute reporting on news, fashion, or lifestyle updates. This kind of fast-paced work is not one I would choose to shoot film for — and over time I have been able to slow my approach to journalism overall to accommodate this. My film projects work best with reasonable deadlines and a long-term approach to storytelling. Photojournalism has been the easiest kind of photography for me to both find clients in and convince those clients to have their work shot on film.

As with almost every aesthetic decision the option to shoot film comes down to quality communication with the client at every stage. From an artistic perspective, it requires a deep literacy with the medium in order to fully inform your client what they will receive — what “look” each emulsion offers them, and what qualities the format and gear will provide. 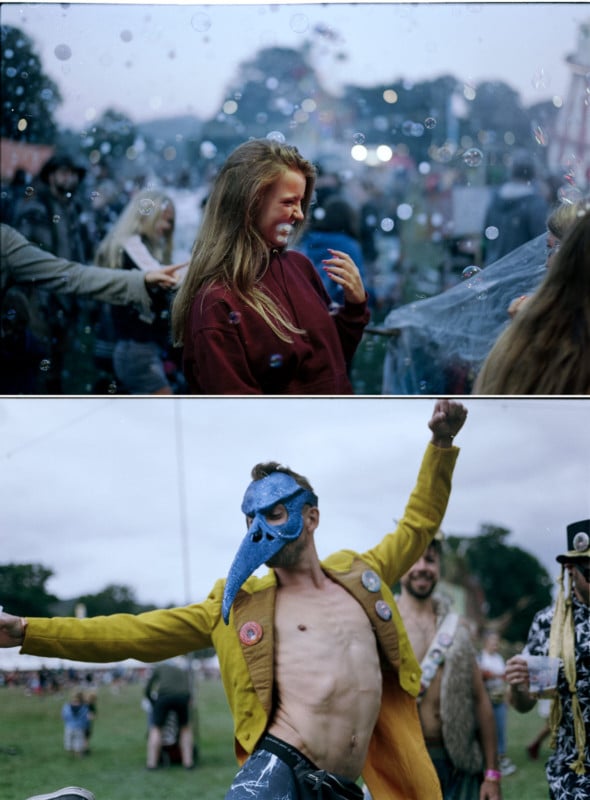 For me, this involves explaining to the client (during the pitch) the difference behind creating the images and in having a different quality of results to what they may be used to. Film photography is more of an “experience” to some clients, and I really enjoy offering that experience based approach — it can make photography seem less ubiquitous and a little more special, even if it’s just for that one shoot. 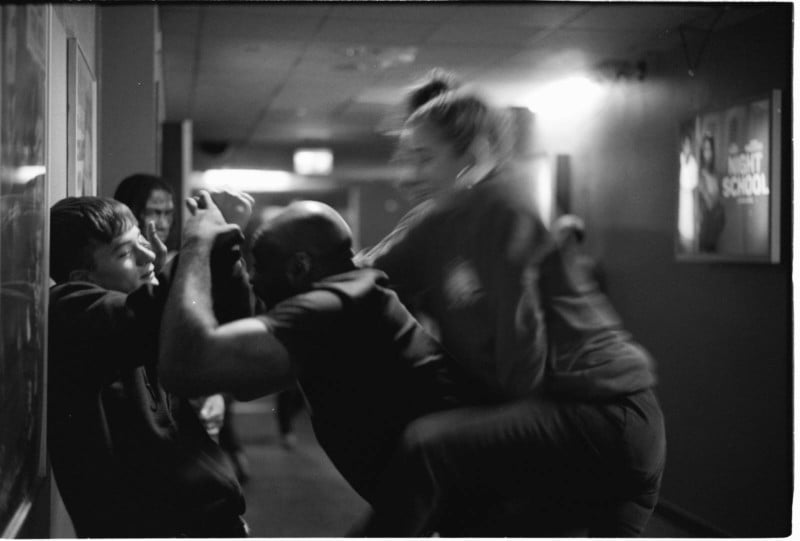 I have found that the most popular applications of film photography for assignments have revolved around journalism and documentation. This is the kind of work I love regardless of the medium and the kind of work I am most often approached with. Although I would love to experiment more with portraiture these are simply not the kinds of client I am working with at the moment.

Some of my best film work has been shot for other artists — musicians, sculptors, DOPs — people who have an appreciation of the medium. These aren’t the kind of client I have to convince about the merits of film — when I tell them it’s an option they will usually jump at the opportunity. In contrast, a more corporate event will require fast turnaround for social media release, and I wouldn’t even consider including film as an option in the pitch.

I have been making an effort to secure film as the medium I use to shoot people; I think that shooting people-based images on film as opposed to any other subject has something special about it, something that connects them through film to the heritage and aesthetic of nostalgia and fine art. 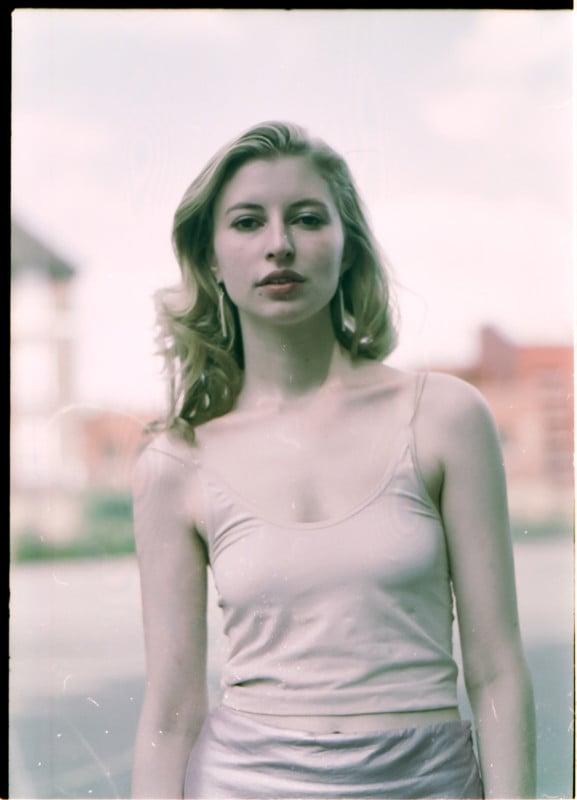 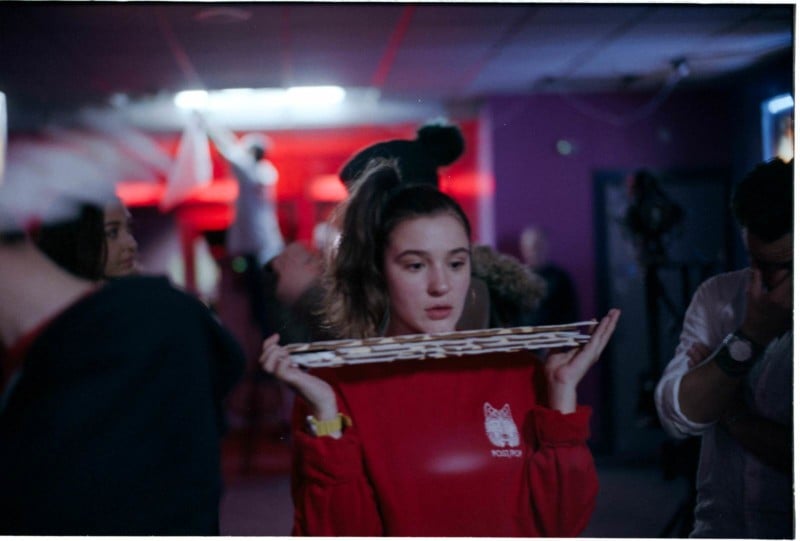 This means that for my fashion journalism, production BTS, portraits, or weddings I am pushing for film as my primary medium. I don’t see a use for it in my product photography — for example in food or architecture/interior design I can’t imagine what film stock I would opt for. Knowing my limits with film has been invaluable in my approach to pitching its application to my clients — they respect that I know exactly how I would operate in their given situation. 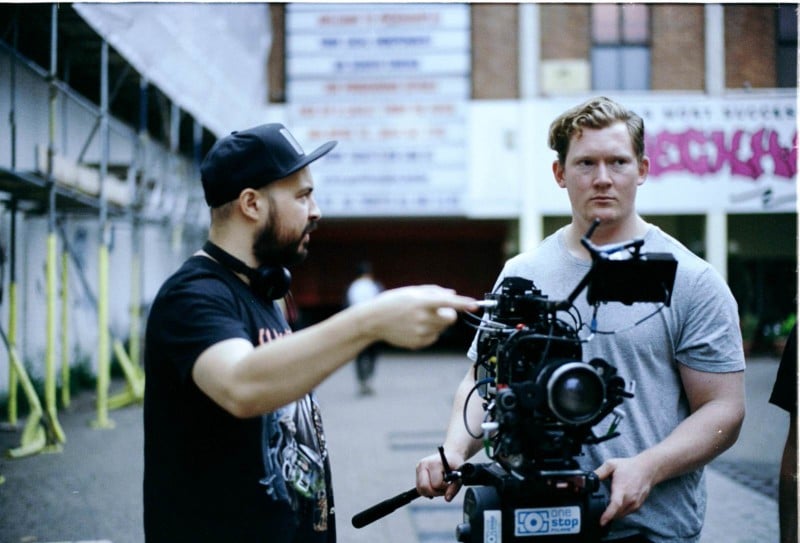 The compromises I’ve had to make so far when shooting film have been more personal than anything else. The medium of film is not itself the message (as it may be for some influencers with an agenda to specifically promote film) however it does inform the message. It lends its aesthetic and semiotic to whatever is being recorded on it.

My choice in film also informs something about my own brand and positioning as a “film photographer.” Clients who know me specifically as a photographer who shoots on film treat me in a certain way — I’m respected as a craftsman, offering my time and skill to documenting their project. This is in contrast to clients who approach me simply as an events photographer, where I find I am simply expected to show up, perform, and deliver within the clients’ parameters. Aside from the compromises I have been making when establishing my brand there are a few concessions I have had to make when actually shooting the assignment. I will have arranged beforehand on details like black and white/color, but there will still be the preference on the exact film stock in use, as well as making sure things like lighting will be appropriate for my decision.

For example, on a recent film production, I decided to use Portra 400 and push to 1600/3200. However the results were not ideal, and I also had difficulty shooting the poster image. I would much rather have had a digital body and a film body to shoot the two together – something I have put into practice since then. Switching between film and digital has been odd in practice, as my rangefinder cameras are very similar when it comes to actual use. However, for film I am usually exposing for the shadows whereas with digital I’ll expose for the midtones (usually). I now like to have both options close and accessible, but will always prefer to shoot the action on film, saving my digital camera for occasions when I’ll need to take a specific still, or something I may think the production company may want for release on social media. I really hope that shooting film on assignment is something I’m able to continue to practice for my entire career. It is so rewarding to offer my clients something I am passionate about and to have that film experience while dealing with all the other problems I have to solve as a photojournalist. I don’t know that I would recommend such an approach, but to anyone feeling confident enough about film I would definitely encourage you to try and incorporate it into your routine, even if it’s as B-Roll or personal images.

Shooting the Last Photos of the Rare ‘Queen of the Elephants’