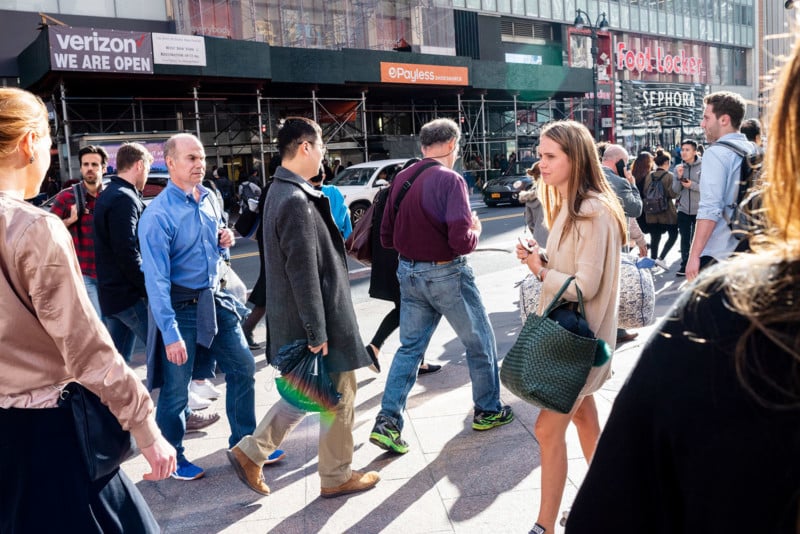 Jeff Mermelstein’s photographic practice of making presumably private text conversations public by photographing people’s phones while they are texting and then posting the results on Instagram has made a splash recently. Of course the highlight that ran in Business Insider was framed as a question in a PetaPixel article: is Mermelstein’s practice ethically sound?

First, I think it’s important to note who Jeff Mermelstein actually is: a photography giant who has influenced generations of Garry Winogrand’s disciples with his work. He’s faculty at the International Center of Photography in New York, which would also suggest some level of thought is going into this enterprise. He’s not some dick with an iPhone 6 chasing a runaway gimmick.

Mermelstein is a photographer’s photographer for the “In-Public” set. His photography of other people’s publicly visible smartphone text conversations, from the mundane to the scandalous, is made on New York’s sidewalks and subways, and if not aesthetically, it is very much in the spirit of not only his seminal photobook, Sidewalk, but of a whole strain of street photography. It’s a series that gives insight from a master about where to look if you really want to capture the essence of our society today. 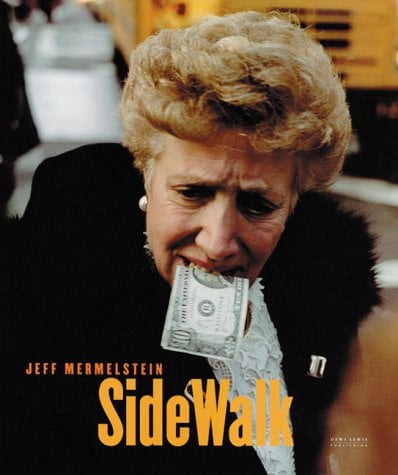 Just like everything else in this age, it’s never been easier or more direct to reveal something about a person’s immediate state through photography — instead of getting at how people are feeling and expressing themselves by reading into the subtleties of urban movement and human interaction we now can go right to the source these days and get the goods wholesale — they’re spelling it out in a new way that is utterly universal.

The impulse to reveal something true about someone by just pointing a camera at them, by just being there with them, close enough to take their picture, is the spirit of wide swaths of the street photography genre. There is perhaps an unspoken faith street photographers have that their work will somehow reflect the current zeitgeist by its inherent nature but this doesn’t always bear out. Jeff Mermelstein seems to be the only one concentrating on accumulating the most relevant cultural artifacts of our time.

The arguments against Jeff Mermelstein’s work (see this PetaPixel article and its comments) seem to be on grounds of privacy, which should be part of a larger nuanced questioning on the ethics of shooting street that many wrestle with already. There is I believe a knee-jerk reaction to this series simply because it goes so far in pushing the boundaries of an art form and documentary practice. It’s also likely being conflated with the serious privacy exploits of digital institutions like Google, Facebook, and Apple.

But back to the merits of the work beyond the displaced bashing it received. I’ve secretly thought to myself for awhile now that many of the most talented people working in the genre today are missing something fundamental about life on the streets of the 21st century, and that Jeff Mermelstein is the only one who’s found it. Many of us might as well be out there trying to remake Jeff’s 1990s era work, using cameras from that time even. Jeff Mermelstein, the legendary street photographer who of course shot his classic stuff on film Leicas, is now making this important work about a smartphone society with his smartphone and it’s searing.

One thing the active street photographers here in New York City love is that we get to share the streets with Jeff Mermelstein, even if he sometimes seems aloof or (I’m projecting here) borderline freaked out when we cross his path and take a photo of him (the universal street photographer’s show of affection to other street photographers). We sometimes share the photographs we’ve taken of Jeff in the wild when we’re all together in a digital backroom somewhere — Jeff stalking the streets like an alien investigating unknown lifeforms, following his oversized cellphone in perfect traction — and we have a laugh, always well-meant. O sweet brush with greatness!

If there’s any mischievous feeling of having caught the old man at his own game when we get a candid snap of him the reality is as cold as a wet duck. The truth may be that Jeff Mermelstein is the only one doing real work in New York right now and that we’re chasing his old dragons while he’s got his sights on what’s really going on.

Twenty years, fifty years, a hundred down the line, whose photographs will they go to to map the psyche of this generation?

About the author: Frank Multari is a photographer in New York and a member of the NYC Street Photography Collective. The opinions expressed in this article are solely those of the author. You can see his work on his site and on Instagram. This article was also published here.

This Waterfall Photo Was Lit by Headlamps