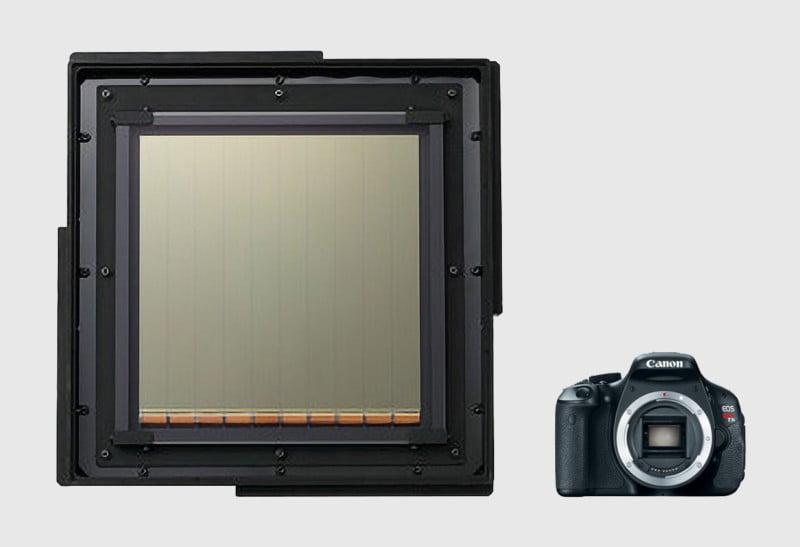 Think medium format CMOS sensors are big? Check out what Canon’s largest sensor looks like when placed next to a DSLR camera (an EOS Rebel T3i/600D). The picture above is to scale.

Canon first unveiled its humongous, ultra-sensitive, ultra-resolution CMOS sensor back in August 2010, saying that it would open new doors in various academic and industrial fields.

“A certain level of light is required when shooting with a digital camera or camcorder, and without it, images cannot be captured due to insufficient sensitivity,” Canon writes. “In the pursuit of further improving the sensitivity of imaging elements, Canon has embraced the challenge of achieving higher levels of sensitivity and larger element sizes while maintaining high-speed readout performance, and has succeeded in developing the world’s largest class of CMOS image sensor measuring approximately 20 cm square.” 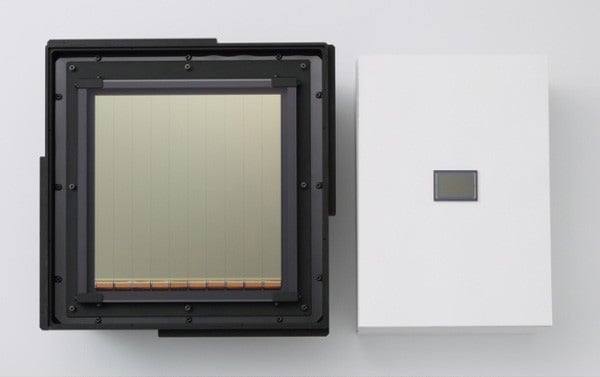 Here’s how sensitive Canon’s sensor is: it can capture video at 60 frames per second with 0.3 lux of illumination, or about the same brightness as a full moon.

“Possible applications for this ultrahigh-sensitivity CMOS sensor include the video recording of celestial objects in the night sky, nocturnal animal behavior and auroras, and use in nightwatch cameras,” Canon says.

Unconditional Love: Portraits of People and Pets in a Seattle Homeless Camp