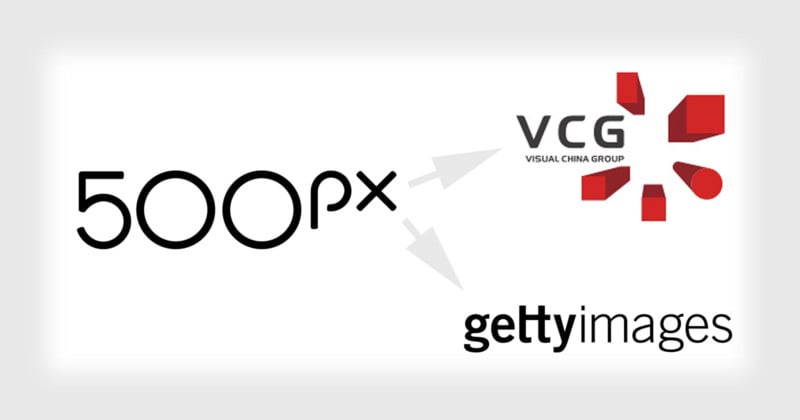 500px has announced that it will be winding down its Marketplace for premium royalty-free stock photos and will instead be selling its users photos exclusively through Visual China Group (its parent company) in China and through Getty Images across the rest of the world.


The 500px Marketplace was launched in 2014 “to meet customer demand for a broader range of content and prices,” the company says. It will be winding down in late June, bringing the platform to an end after a 4-year run.

“This is part of a strategic repositioning of 500px’s network of contributors and the licensable content they submit to 500px,” 500px writes. “These changes enable 500px to serve the needs of a broader cohort of visual media customers, and represent a significant revenue opportunity for the company and its contributors.”

VCG had already been 500px’s exclusive distribution partner in China since the two companies announced a partnership in mid-2015. Three years later, VCG fully acquired 500px, turning the photo-sharing company into its subsidiary.

“500px has recognized that Marketplace hasn’t performed as well in the stock photography space as hoped,” 500px says. As a result, we had to choose between investing resources in building on and further promoting 500px Marketplace, or considering a distribution-only model for 500px, a revenue model that has been growing in recent years.

“With significant brand loyalty, great customer bases, and very positive momentum as they continue to expand their reach within the stock photography industry, both Getty Images and VCG are the obvious choice to represent 500px exclusively, worldwide.”

If you’d rather not have your photos sold through VCG and Getty Images, log into your account, visit your Distribution Settings, and check the box that reads “I opt out of the global distribution network.”

As part of the change, 500px will be removing the ability to share or download photos through Creative Commons licenses.

This is the latest shift in the rapidly-evolving photo-sharing industry, coming a little over a month after Flickr announced that it had been acquired by SmugMug.