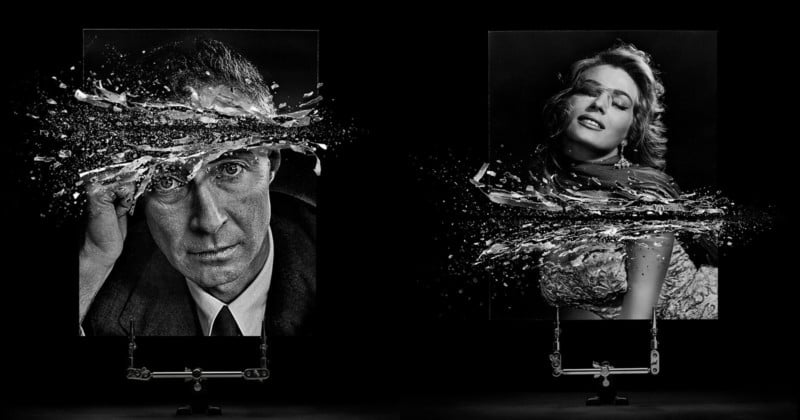 For his new project titled “Explosion Collages,” photographer and visual artist Fabian Oefner created a series of photos showing portraits being shredded by speeding bullets. But there’s a twist…

As the name suggests, each of the photos was actually faked. Instead of actually capturing flying bullets, Oefner painstakingly tore photos apart and arranged the thousands of tiny pieces into collages that have the appearance of a high-speed paper explosion photo. 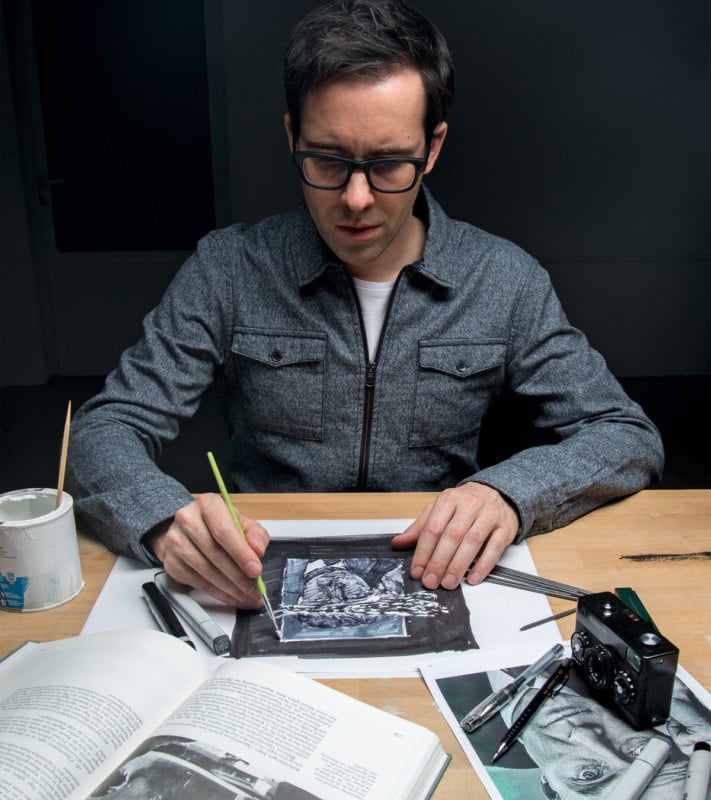 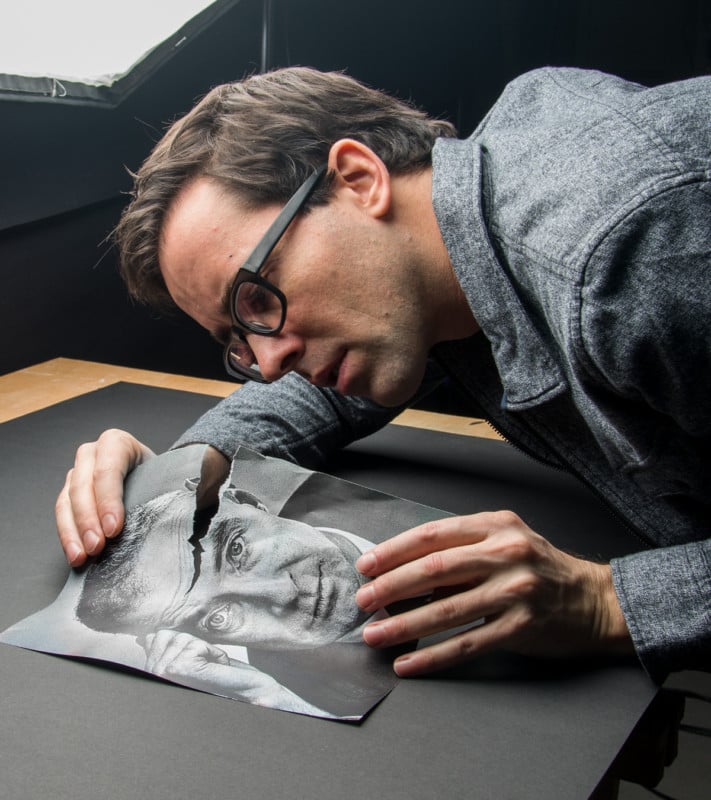 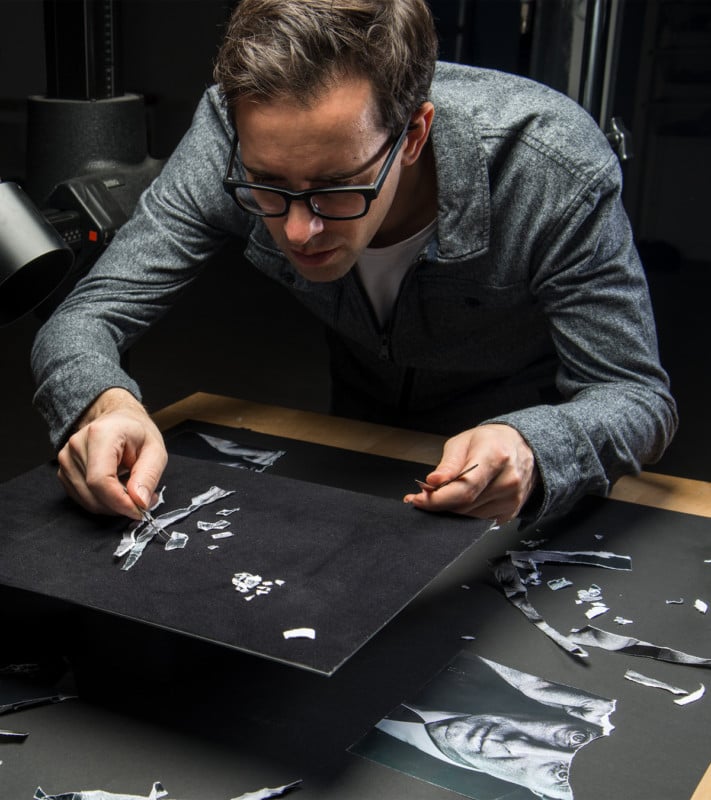 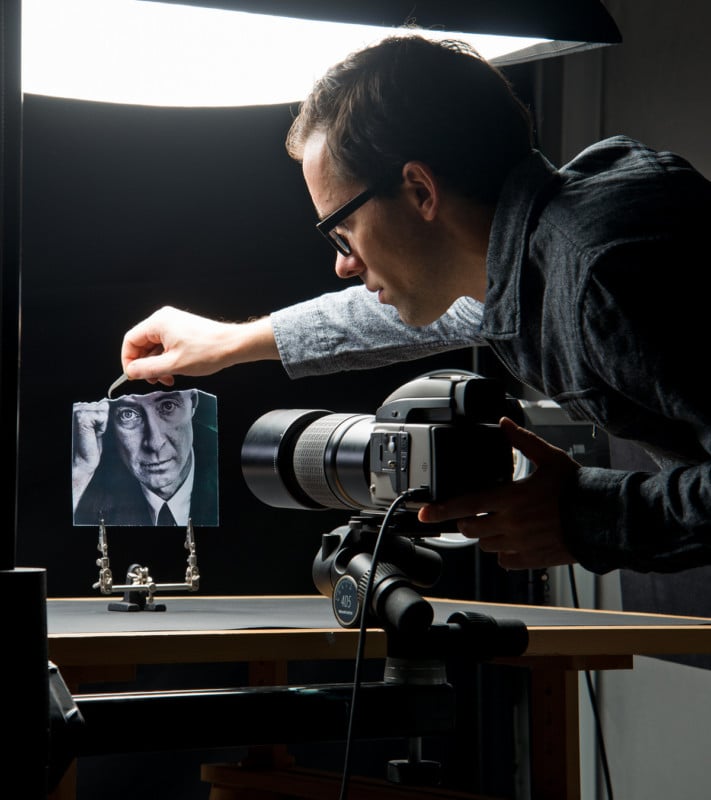 The “meticulous precision ultimately results into a hyperrealistic illusion, that shows a real, yet non-existing moment in time,” the photographer says.

Today, where most photographs only exist in a digital realm, Oefner returns to the photograph as a physical object. The projectile piercing through the print transforms a two-dimensional image into a three-dimensional object in space. The original subject of the photograph, the portrait remains visible, but due to the kinetic energy of the moment of destruction, transforms into a new piece of art.

Here are the photos in “Explosion Collages”: 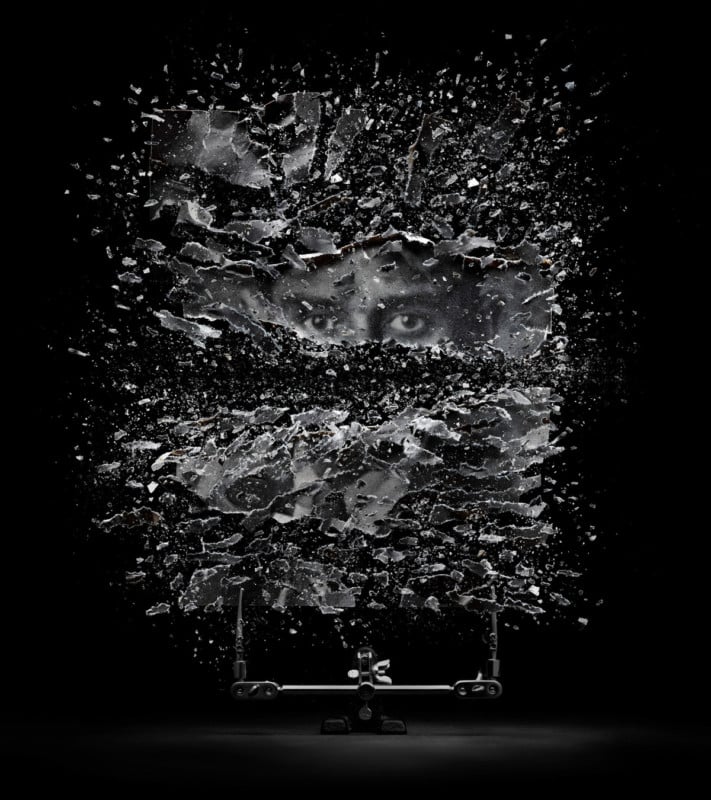 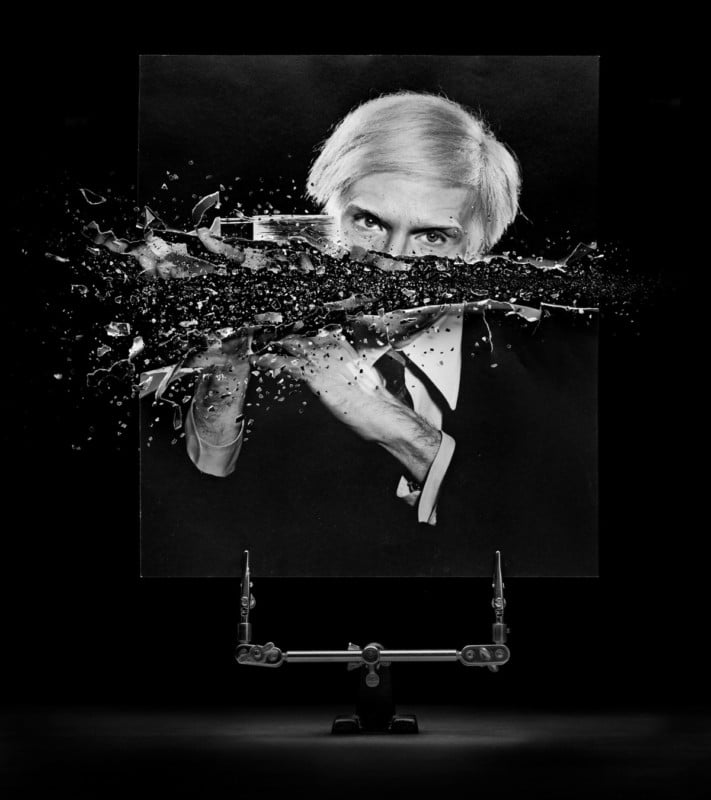 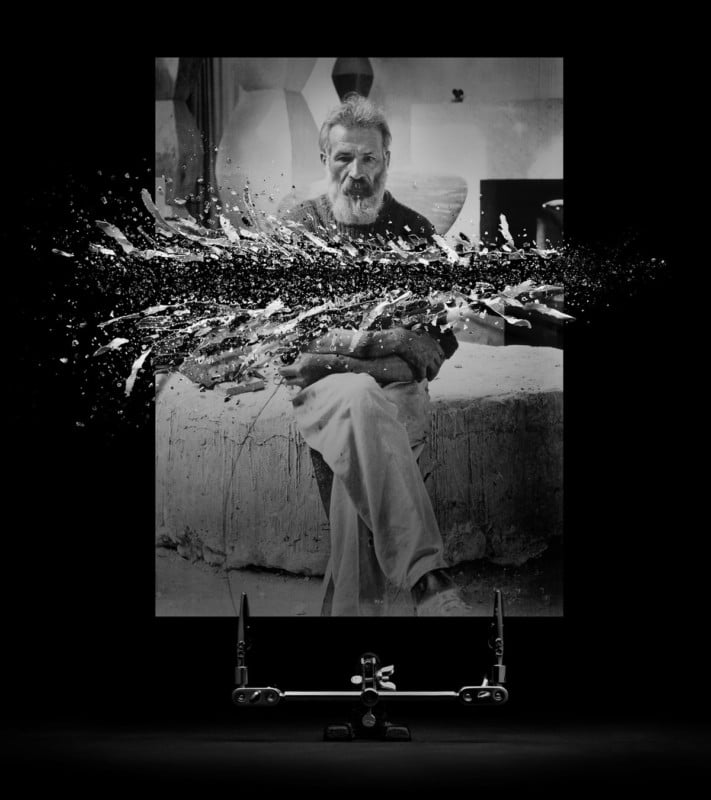 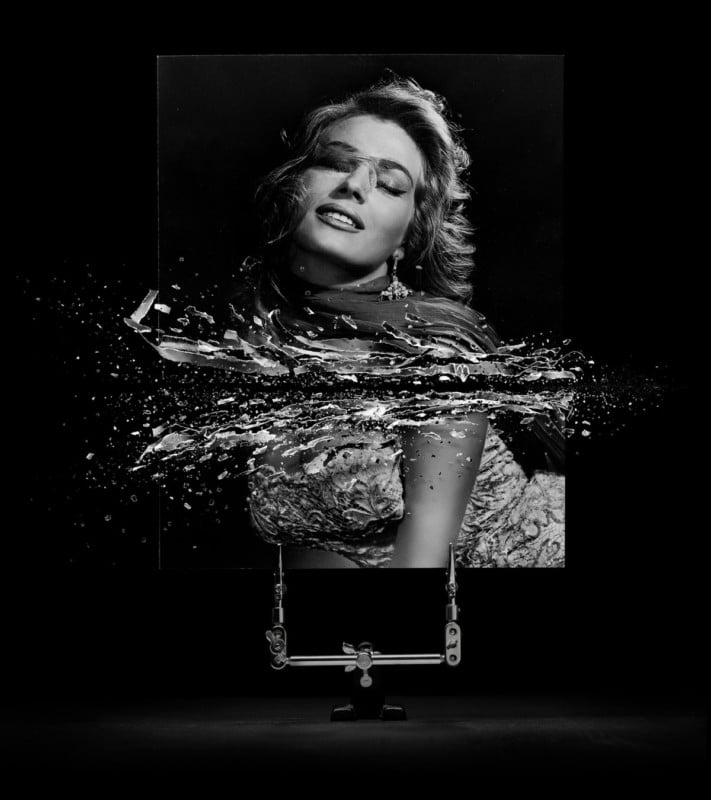 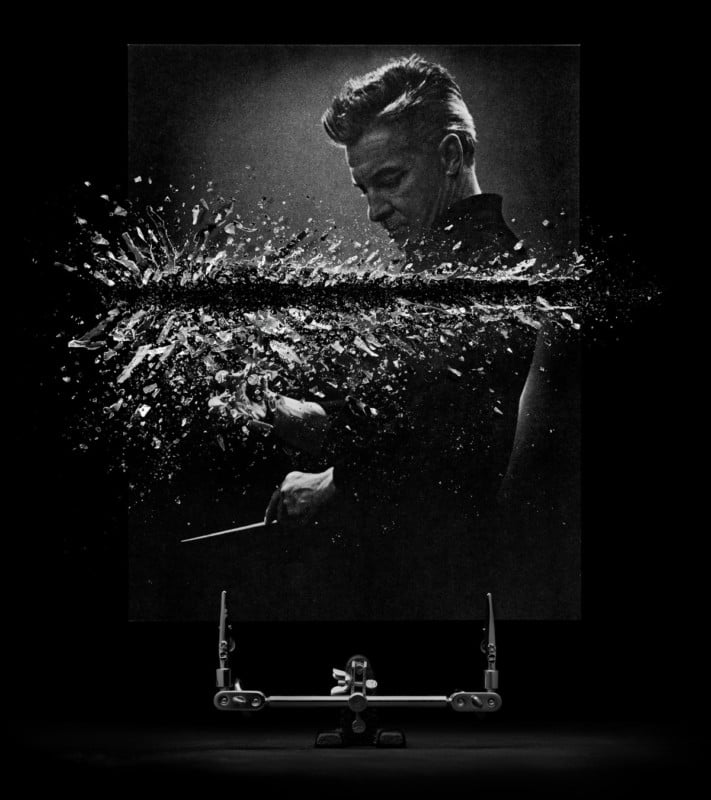 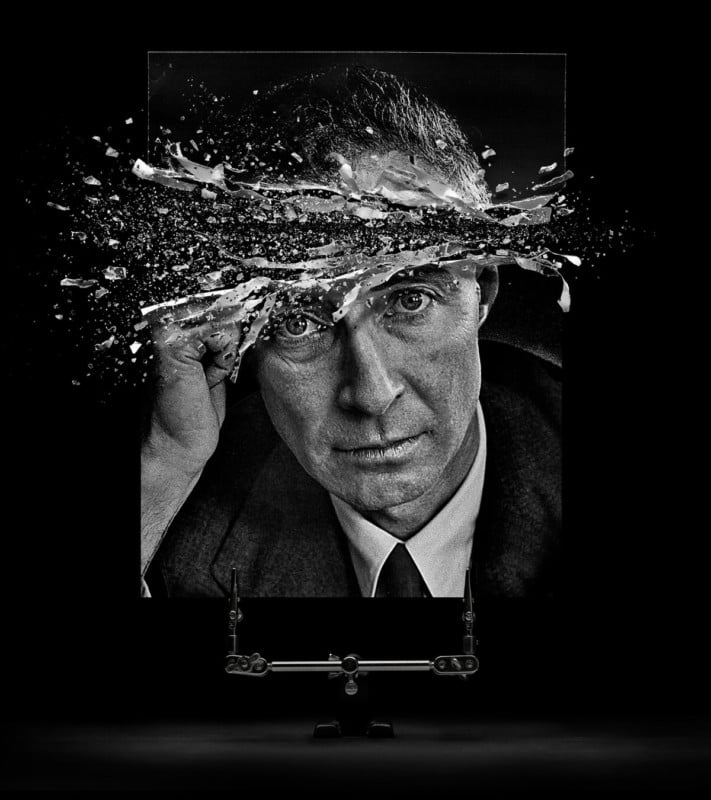 You can find more of Oefner’s work on his website.

Image credits: Photographs by Fabian Oefner and used with permission

Gallery Hunting for Photo Thief to Let Her Curate an Exhibit