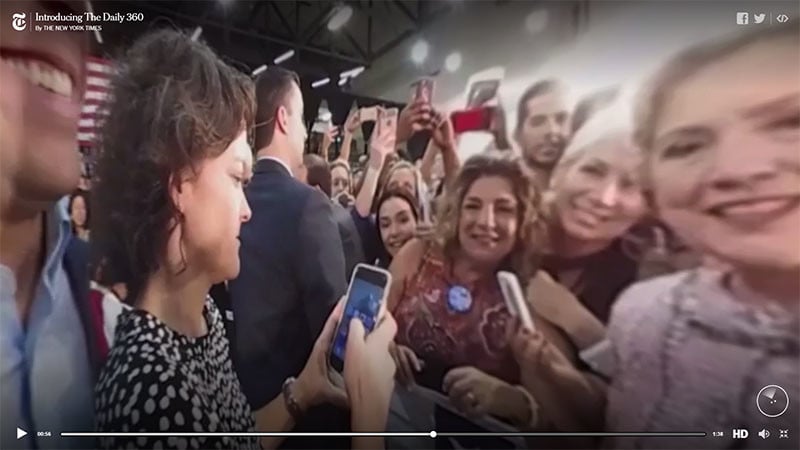 The New York Times is launching a big project to bring its journalism to the world of immersive 360-degree videos. With “The Daily 360,” the Times will now be sharing one 360-degree video per day to report on stories around the world.


“360 videos offer a new way to experience the journalism of The New York Times,” the paper writes. “These immersive videos put you at the center of the scene, allowing you to look left, right, up, down and behind you.”

You won’t need a proper virtual reality headset to experience the videos, as any compatible smartphone, tablet, or computer will do. Here’s the introduction, which is itself an immersive video:

The first Daily 360 video was created by Pulitzer Prize-winning photographer Tyler Hicks, which took his camera into war-torn Yemen:

The Times says that its photojournalists are shooting the 360-degree videos using Samsung Gear 360 cameras provided by Samsung.