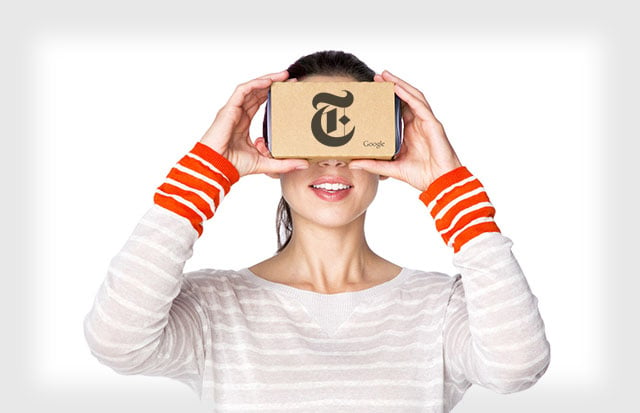 The rise of virtual reality photojournalism will get a huge boost this weekend thanks to the New York Times. The newspaper’s Sunday bundle for print subscribers will include a free Google Cardboard viewer for experiencing immersive photo and video content. Over 1 million units will be shipping with the paper, and another 300,000 will be sent to digital subscribers as well.

Google Cardboard is a cardboard viewer that lets people use their smartphones as the display and “brains”, providing a low-cost way for people to get into VR content and development. 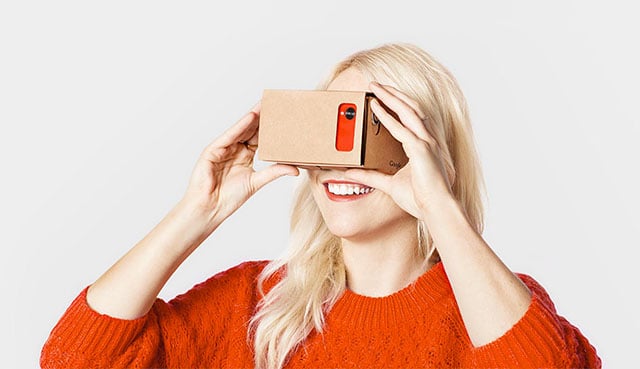 This freebie is part of a new project called NYT VR, a virtual reality collaboration between the Times and Google. The first piece of VR content for subscribers is a 360-degree documentary film titled “The Displaced,” which “captures the resilience of three extraordinary children uprooted by war.” Viewers will be able to experience first-hand what it’s like to be a child in the global refugee crisis.

The New York Times says that in addition to another documentary film coming in December 2015, they will also be publishing a behind-the-scenes look at how a New York Times Magazine cover photo was made.

NYT VR will be releasing an official app for Android and iOS through the Google Play and iTunes App Store, respectively, on November 5th, 2015. In addition to New York Times content, people who receive the Google Cardboard will also be able to experience VR photos and videos from other services and publications as well, including 360-degree photos of the world through Google Street View.

(via NYTimes via Vantage)

A Wedding Photographer on a Self-Balancing Scooter

Deer Photobombs a Baby Photo Shoot, and a Magical Portrait is Born