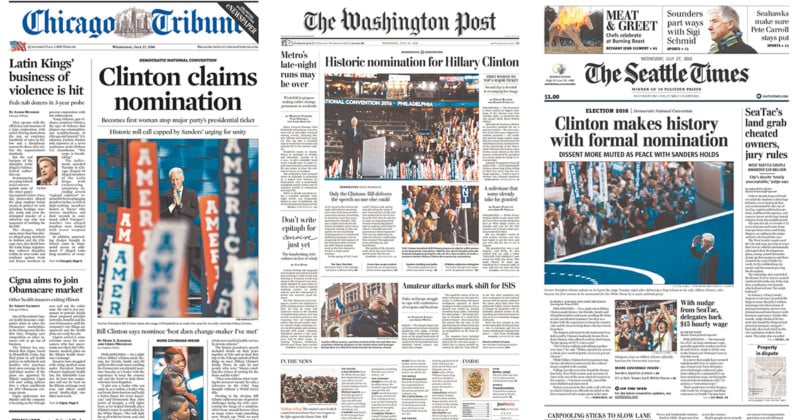 Newspapers across the country are under fire today because of the photos they ran on their front pages yesterday. The papers were illustrating the historic news that Hillary Clinton had won the Democratic nomination for president; but instead of leading with a photo of the candidate, many used photos of her husband.

The news gained traction on Twitter when Fusion’s Kelsey McKinney noticed several of the front-page photos and tweeted about what she saw as a slight to the first woman nominee for president of the United States and a clear example of sexism in the news media.

Hillary Clinton, first woman to win the presidency! Let's put a big pic of her husband on the front page! pic.twitter.com/hRzu9VxuSE

The Washington Post, Houston Chronicle, Sacramento Bee, and the Chicago Tribune were among the many papers who featured a photo of former president and hopeful first gentleman Bill Clinton. Here’s just a small sample we were able to dig up in a few minutes on Newseum: 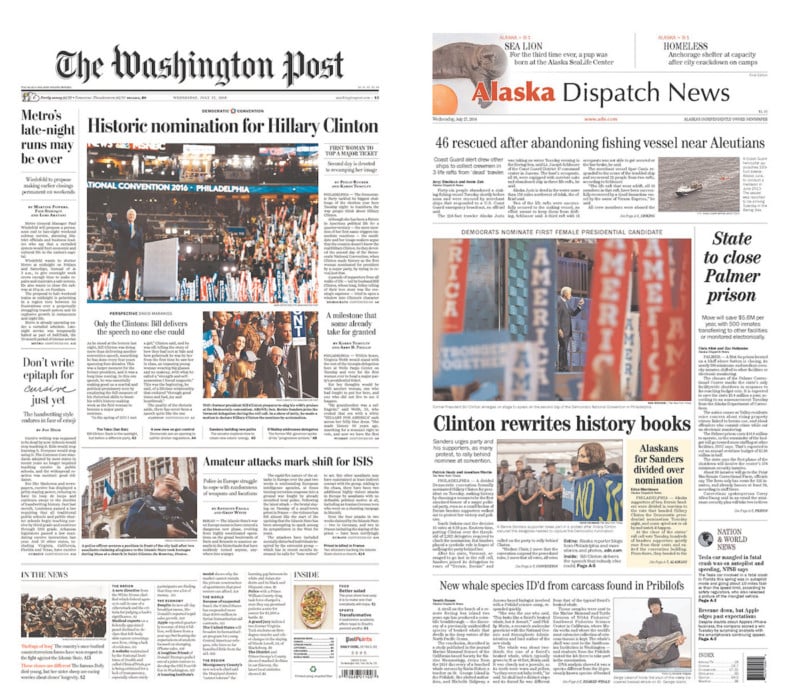 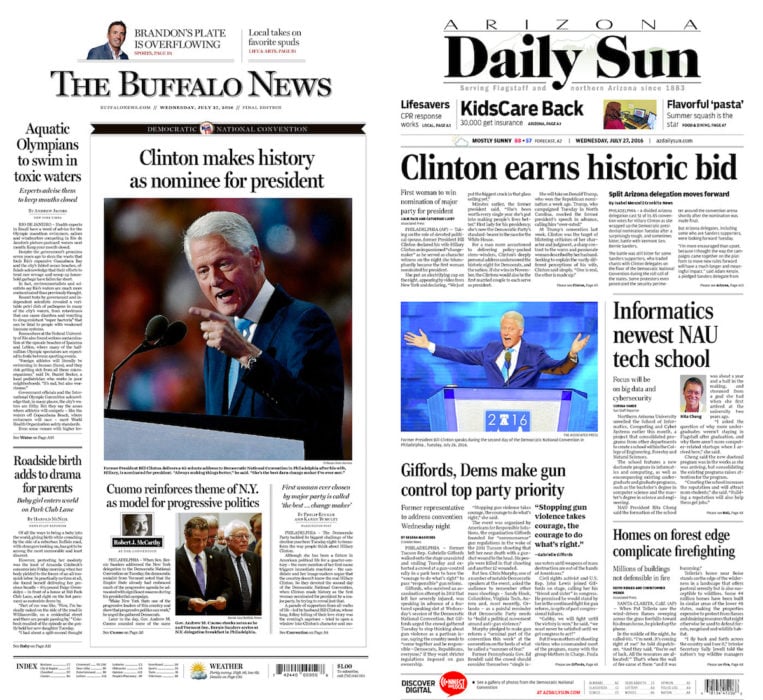 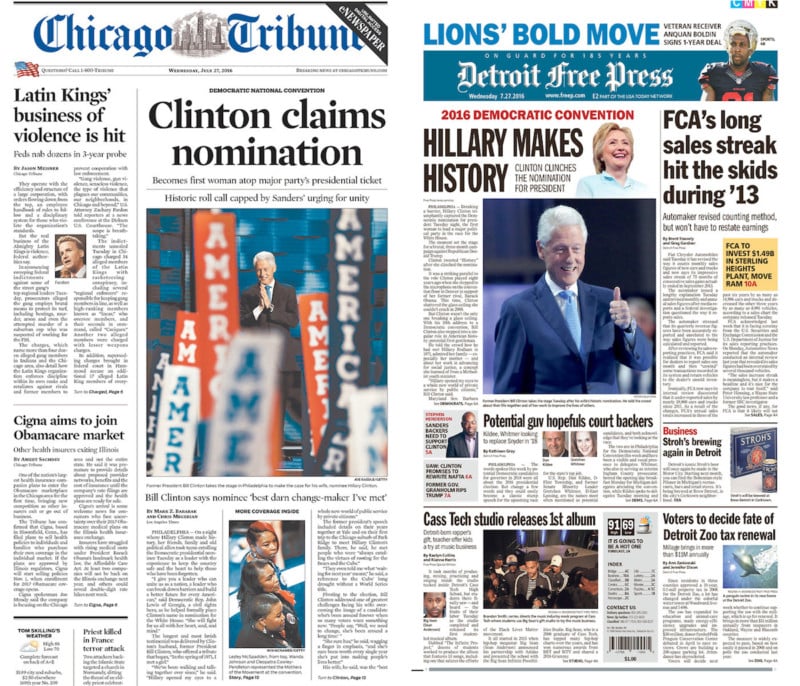 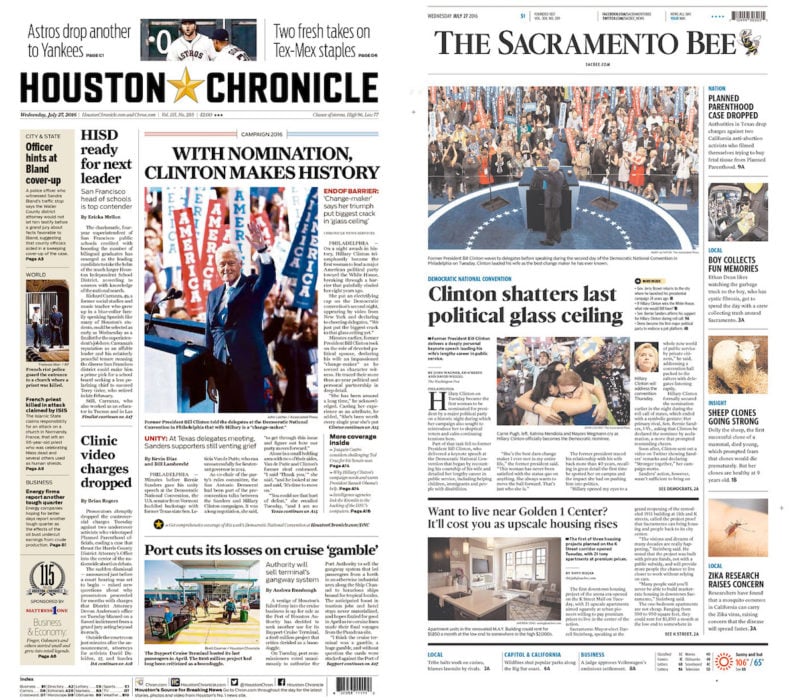 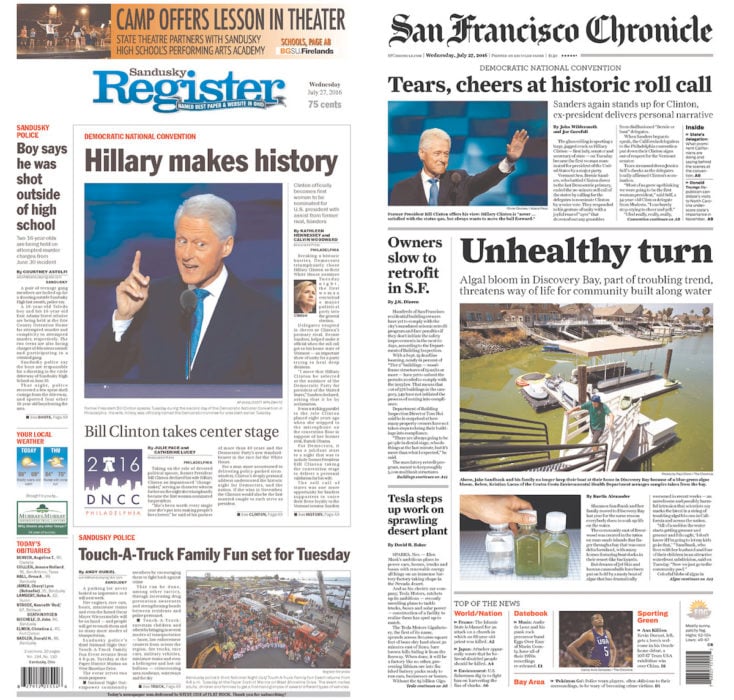 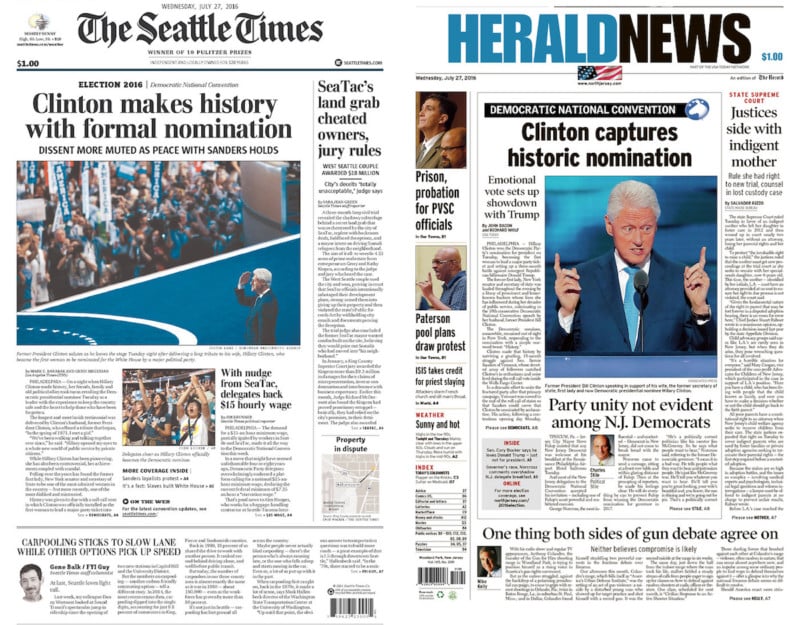 The Democratic Nominee only addressed the DNC briefly through a video, and some are saying Editors chose to shy away from using photos of a massive screen. Others, like the Wall Street Journal‘s Byron Tau, claimed print deadlines were to blame.

In a response to a BuzzFeed reporter on Twitter, he pointed to the later edition of the Journal which did feature a photo of the candidate:

Simple proof of print deadlines. You have an early edition. She is on the late. @annehelen pic.twitter.com/qAMFCMtbCI

Whatever the case, the choice to run with a photo of Mr. instead of Mrs. Clinton has been met with ire online, ire other newspapers like the NY Times, Chicago Sun Times, and the LA Daily News, among others, have managed to side-step. Each of the aforementioned papers either ran older photos of Hillary Clinton, or an image of elated women in the crowd—a choice many seem to believe was more appropriate. 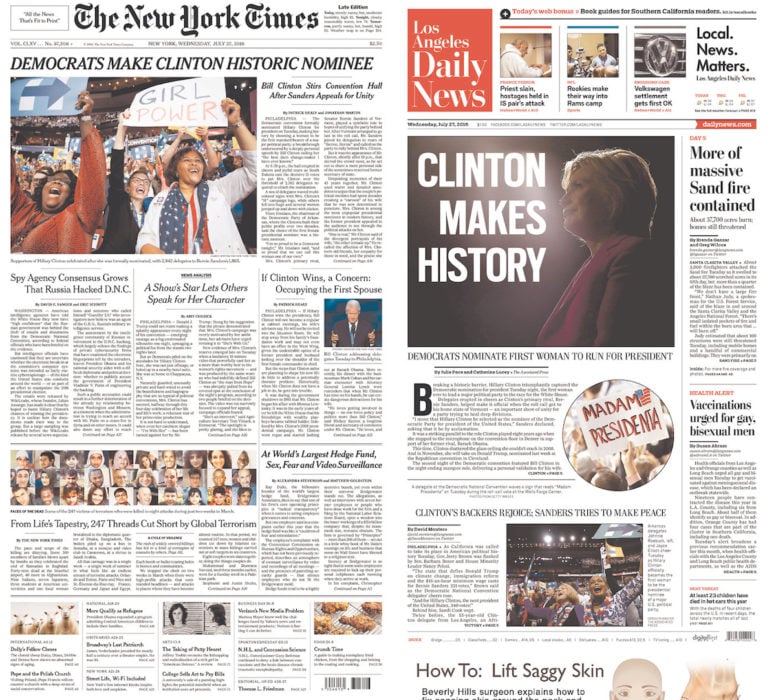 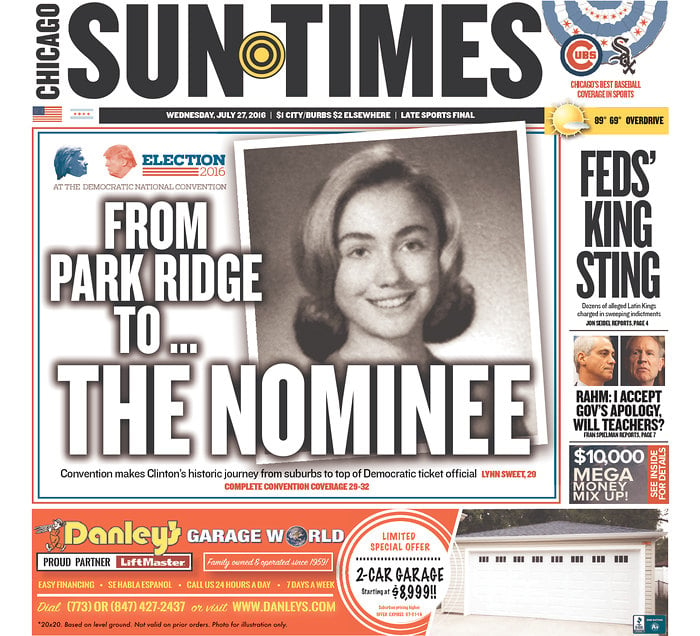 See How a $50K Cinema Lens Works from the Inside Out