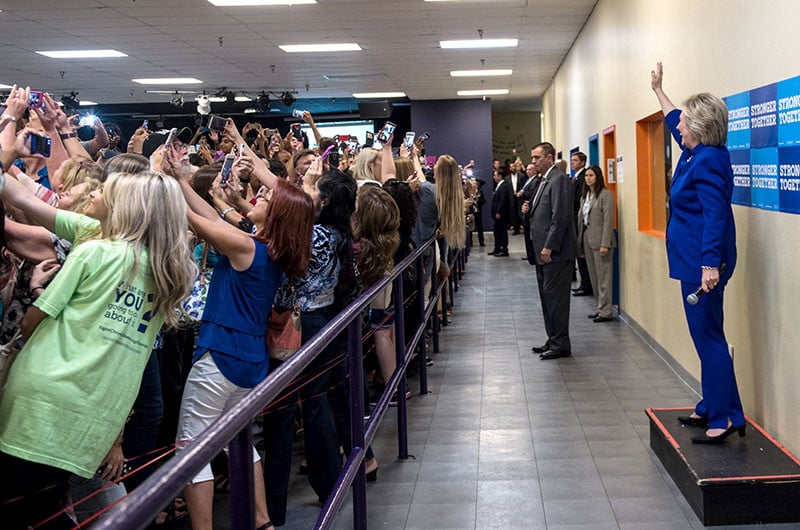 Upon first glance, this photo appears to show presidential candidate Hillary Clinton being ignored by a crowd of people pointing their phones at something out of view to the left. But nope… what you see is selfie culture.

The bizarre photo was captured during a campaign event in Orlando back on September 21, and is now going viral on the Web.

As Clinton greeted about 500 people in the venue’s overflow room, the candidate suggested a group selfie. The crowd turned their backs on Clinton, raised their phones, and began snapping selfies.

Apparently my photo of the massive selfie has "gone viral" as someone emailed me tonight. Wow……. https://t.co/u2tKEJr0du

Image credits: Photograph by Barbara Kinney for Hillary for America