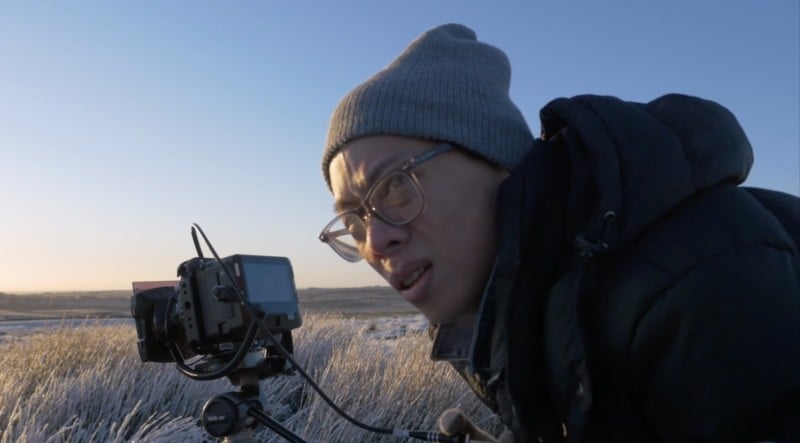 Despite rumors that Sony might release “the first mirrorless medium format camera,” there is actually a medium format mirrorless camera already in existence. But you may not want to pick up the 100MP Phase One ALPA; it turns out it’s a royal pain to actually… you know… use.

Kai over at DRTV got to take the Swiss-made, $56,000 ALPA system with the Phase One IQ3 digital back out for a test drive… and who wouldn’t!? It’s a 100MP system that looks like a cross between the large format film cameras of old and a standard medium format shooter. But it doesn’t take Kai long to realize that this is not a camera for the faint of heart.

The camera is “minimalist” in the extreme—basically just a bracket that you use to connect a Rodenstock lens with all the manual control fixins’ to a digital back. But what makes it attractive is also what makes it hard to use. Watch Kai try to figure it out in the video below:

The shots Kai was capturing were, of course, amazing. 15 stops of dynamic range, 16-bit color, and so much detail you could cry. But that’s only when he could make it work.

That, in a nutshell, is the conclusion Kai comes to… but it’s still a lot of fun to watch him struggle with this beast of a camera set up, so click play above if you want to see for yourself what $56K and a large helping of determination will get you.

How to Do Light Painting Photography with a 4-Foot Tube

How to Use Office and Art Supplies for Product Photos