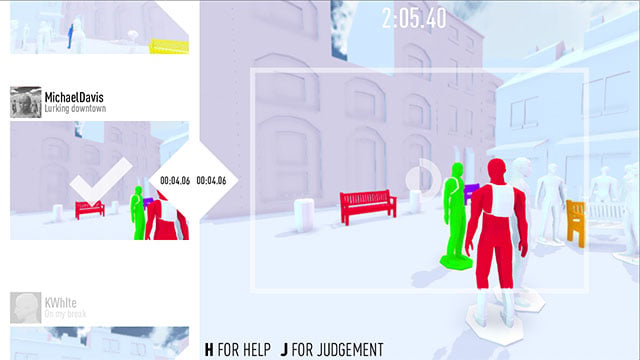 After the Boston Marathon Bombings in April 2014, both law enforcement and the public turned to photos from bystanders and security cameras to find clues about the perpetrators.

The idea of the game is simple: a bomb has detonated in your city square just minutes ago. A powerful algorithm has collected a number of photographs captured at the location around when the bomb went off.

Police have narrowed down the list of suspects to 6 individuals, and you need to use the social media photographs to figure out which of the individuals is the one that planted the bomb.

You’re given the ability to walk through the timeline of the scene, and by figuring out when and where each photo was taken, you can eventually pinpoint the person behind the crime. Oh, and you have two minutes to do so.

Here’s a quick playthrough video in which Rix demonstrates the basic mechanics:

The game is free and available for Windows, Mac, and Linux.