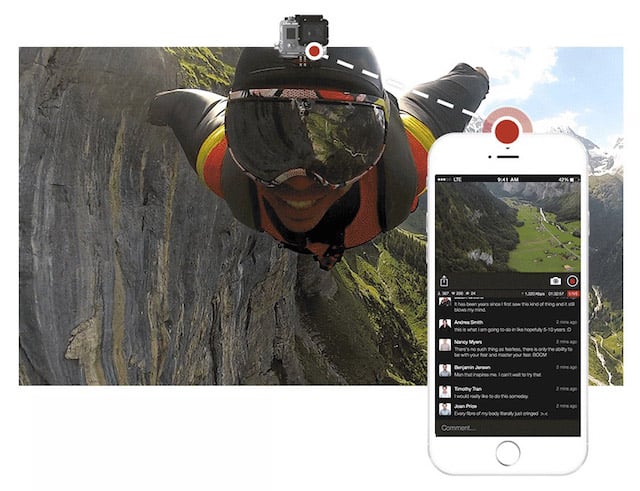 Just in time for the updated GoPro hardware, Livestream has released an update to their iOS app that now allows you to share your GoPro video feed LIVE without getting a computer involved.

The newly updated app, which supports uploads directly from GoPro cameras with WiFi capabilities, is the first to let you use your data to broadcast your adventures to the Web in real-time.

Once your GoPro is connected to your phone, you can choose it as a source for your Livestream feed, which will then be streamed to the Internet over your 4G connection. Pretty straight forward. Of course, that doesn’t mean there are no caveats. It’s a safe bet to assume that broadcasting your BASE jump is far from battery-efficient, so if you’re looking to use this frequently, you might want to pack several backup batteries for both your phone and GoPro. Unlimited data might help as well.

All potential issues aside, though, it lets you do something you’ve not, until now, been able to do. Check it out for yourself over on the iOS App Store for free.

P.S. For those in allegiance to the little green man, there’s no word yet on when Android support will be included.