So far, all of the Sony A7s high-ISO tests we’ve seen — from your standard static test to some beautiful production-level footage — have only shown the A7s. There have been no side-by-side comparisons to show if this really is outperforming the competition substantially, or if it only seems like it is. 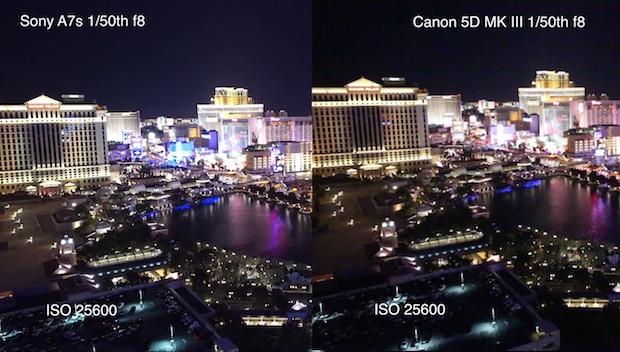 Lennie ran the test while he was at NAB in Las Vegas, setting up both cameras on the balcony of his hotel, overlooking the Bellagio fountains. To make it as fair of a comparison as possible, both cameras were set to 1/50th of a second at f/8, on standard profile, using the same lens and the highest recording bit rates available.

You can probably already guess at the outcome of this test… let’s just say a clear winner emerges as the ISO continues to climb. Check it out for yourself at the top, and then let us know what you think down below.