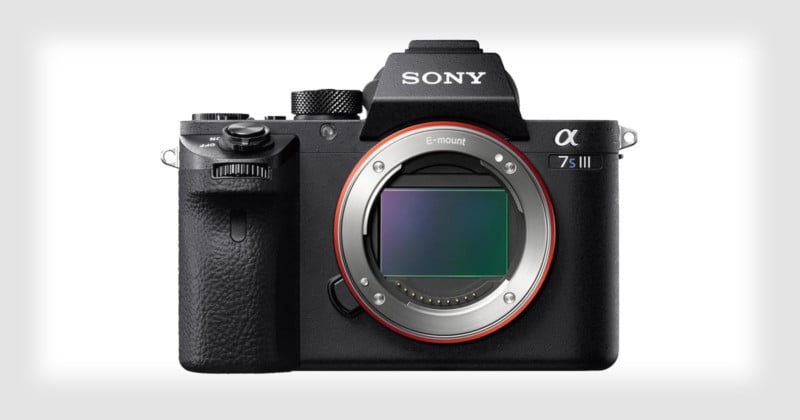 When Sony released the a7R III all the way back in 2017, most people speculated what this release could mean for the a7S series of cameras. Many of us were anticipating a mark III for the S series to be announced, and potentially even released not long after the update to the R model.

The excitement ramped up again in March 2018, after the a7 III was released. It seemed certain that the a7S III wasn’t far behind. Of course, 2018 came and went and still no launch or announcement. Now, here we are in 2020 and the a7S III just doesn’t matter.

If there’s one thing we can accuse Sony of being, it’s a tease. Sony executives were talking up the potential a7S III for quite some time, only to then deliver absolutely nothing. Bold claims were made about how great this camera was going to be and so many of us got really excited about it. A lot of us assumed that Sony was going to produce a camera that shoots 4K at 120p, with 4:2:2, 10-bit color, and ridiculous degrees of dynamic range.

This has been such an anticipated camera that anytime Sony has an event, the a7S III becomes a talking point. This has literally gone on for a number of years. I can’t recall of any current camera manufacturer that has continuously teased the release of a camera for a number of years… only to not deliver anything. It’s disappointing, to say the least.

The Market Has Moved On

Since then, however, Sony hasn’t really done much when it comes to video. I mean sure, the a7S II is still an okay camera based on today’s standards, but it’s not great. The codec is pretty light with its 4:2:0, 8-bit limit compared to many of the alternatives. Even the low-light performance in this camera is no longer a huge selling point. I mean sure, it’s still brilliant, but it’s a very niche point in favor of the system.

A lot of people including myself were hoping that Sony would continue to develop its video features. Instead, Sony hasn’t improved the video features in any of its cameras in any meaningful way. Even the latest cameras from Sony continue with the same, light codec, and this is the case even when recording to an external recorder.

During this time, companies like Panasonic and Nikon have been producing viable alternatives. Between Sony and Panasonic for example, the latter is clearly a better option for high-quality video.

It seems that Sony’s desire to wow the market is causing them to chase the ball instead of just playing the game.

The Elephant in The Room

Canon’s latest announcements regarding the EOS R5 have seemingly stunned the industry. This camera has pretty much killed any of the excitement many people had for the a7S III. The most outlandish rumors ever have been confirmed by Canon. When rumor sites were first stating specs like 8K video and 4K at 120p in a Canon, I brushed it off as obvious nonsense. I am incredibly happy to be so wrong about this.

The video specs of the EOS R5 sound so good that the only way Sony could impress the market now with the a7S III is if they broke reality.

If I am being completely honest, I’m still finding it difficult to accept that the EOS R5 will do everything the announcements are saying it will. The leap in technology is so huge that it’s quite literally unbelievable.

All the ridiculous rumors we were reading about what the a7S III may do have materialized as actual features in the Canon EOS R5. Canon has essentially taken all the wind out of the a7S III’s sails; and even if Sony does produce a meaningful update, what does it matter? Sony is a day late and a dollar short.

I wonder if Sony has held off on offering better video features in its a7 series in order to develop its cine line of cameras. It is assumed that Canon did something like this too for a number of years. Cameras like the 5D Mark IV are perfect examples of how video features were seemingly limited. Of course, we’re now seeing a very different side of Canon with what the R5 is poised to be.

Sony may still be in this phase where they’re attempting to build their cine line with the E-mount and producing something similar to the R5 would negate those efforts.

Another completely speculative point: perhaps Sony simply hasn’t found a way to manage the small body and high spec balance. We’ve seen how Sony cameras have overheated in the in past, especially when shooting video. Issues like these may still be a problem and we can see how even now, high-resolution video can cause problems in small body cameras.

The Fujifilm X100V is a perfect example of this. With its smaller body, it has shown to overheat when filming in 4K. This is while having the same sensor and I’m assuming processor as the X-T3, which didn’t have this problem.

Rumors in the past have suggested that Sony may need to produce a camera with internal fans in order to overcome the heat. Maybe this is the key problem and they can’t seem to get over the heating issue with high resolution or faster frame rate video.

I think Sony really needs to reconsider its small body obsession. All of the other manufacturers have produced mirrorless cameras that are larger and heavier than what Sony has. Almost no one complains about that.

I can appreciate that a smaller system does have its advantages, but there is a cost. It may be an idea to give customers the choice between a small body with fewer features and a larger body with more features. The trade-off is logical and not something that is difficult for customers to appreciate. We’ve already seen how companies like Fujifilm manage to do this extremely well with all the different variants it offers.

I assume that Sony had the advantage of time over many of its competitors. Sony was the first manufacturer to produce a full-frame mirrorless system and for a while, Sony was the absolute best in that category.

The a7S series of cameras were some of the most fascinating and useful for many videographers. The low-light performance was incredible and there was nothing else like it from any of the other majors. Sony didn’t have a great deal to do in order to improve the a7S II.

Many of the improvements that had been implemented in the a7R III could have been ported over quite easily into a new S model. The larger body could have, I assume, allowed for better video features such as 10-bit recording. Adding 4K up to 60p would have been more than enough for so many videographers out there. If heating was an issue, then some of these features could have been made available via an external recorder instead.

Ultimately, it’s disappointing because there was no need for Sony to have to produce the most incredible camera with the best video features ever. This idea of Sony needing to wow the whole industry was something that it did to itself. I am guessing that most people just wanted an up-to-date a7S series camera that they could use to produce video content.

About the author: Usman Dawood is the lead photographer of Sonder Creative, an architectural and interior photography company. You can find more of his work on his website, Instagram, and YouTube.

The Most Beautiful Flower Garden in the World, Without People