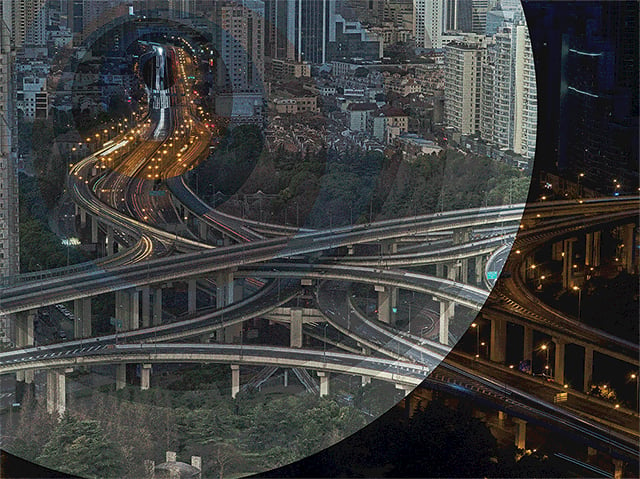 If you’ve followed PetaPixel for a while, or even if you just keep up with popular photo news, the image above probably looks familiar. Created by photographer Fong Qi Wei, it looks like it’s a part of his very successful series Time is a Dimension, which we featured back in August of last year.

But this isn’t part of that series, it’s actually one of 37 images combined into a single GIF. A GIF that is part of his creative followup to TIAD called Time in Motion.

In Wei’s followup series, time quite literally sparkles and swirls through an image. Each looping animation “shows a single landscape/seascape, but with a constant shimmer of … time.”

We’ve included most of the GIFs below (if any of them aren’t moving just open them up in their own browser window) but you can see the 10-13MB high-res files over on Wei’s website by clicking here:

It’s easy to look at these and see just a really cool GIF that shows the passage of time in a unique and eye-catching way, but Wei sees more here. In the series description, he wonders if this might not be what eternity looks like to one who could actually see it:

“I wonder if an omniscient being experiences something like the sets [above]?” writes Wei. “Where all instances are One. And past, present and future are merely terms…”

To see more of Wei’s work, be sure to check out our coverage of the TIAD series and then head over to his website to browse through the many other works of art and photography he has on display there.

Getting the Clients You Want: Advice from Adventure Photographer Alexandre Buisse