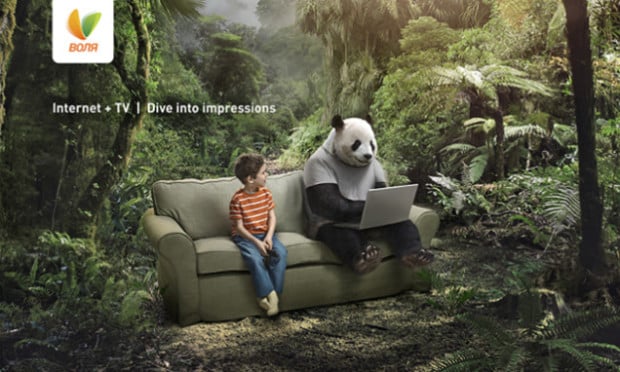 We all know how much time and effort is put into photo compositions, but the process by which the above image was created is even more mind-blowing when it’s compiled into the GIF you see below.

Created by Ukranian photo studio Positive Pictures, the resulting image was used as an ad for Volia Cable. From looking at the GIF, it looks like there were well over a dozen separate images used, each meticulously placed and pieced together to create the final, seamless product:

The GIF recently went viral on Reddit, and as the folks there discussed at length, learning how to properly adjust the lighting, tweak the curves and beyond is something only time and practice can perfect.

Clearly the folks at Positive Pictures have put in a LOT of time and practice… because the end results are astounding.

These Pictures Are Not For You