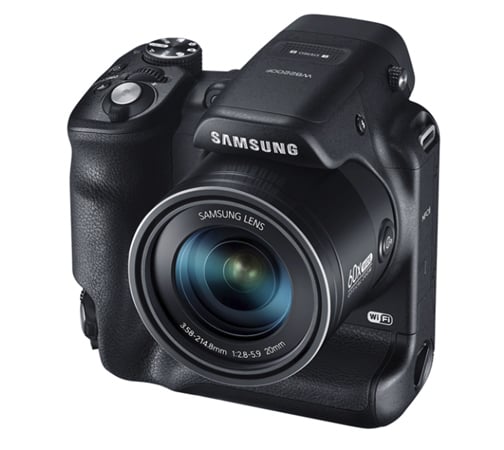 Samsung was the first to announce some of its new offerings pre-CES, but the company didn’t let all of its cats out of the bag right away. In addition to the NX30, Galaxy Camera 2 and 16-50mm f/2-2.8 premium lens already announced, Samsung yesterday also refreshed its SMART camera lineup with a few point-and-shoots and two superzooms, one of which packs dual grips and monstrous 60x zoom. The big boy of the bunch, and the one that has been making headlines, the Samsung WB2200F is a 60x optical zoom monster of a camera that is made all the more monstrous looking because it features both portrait and landscape grips, basically adding a non-removable battery grip. 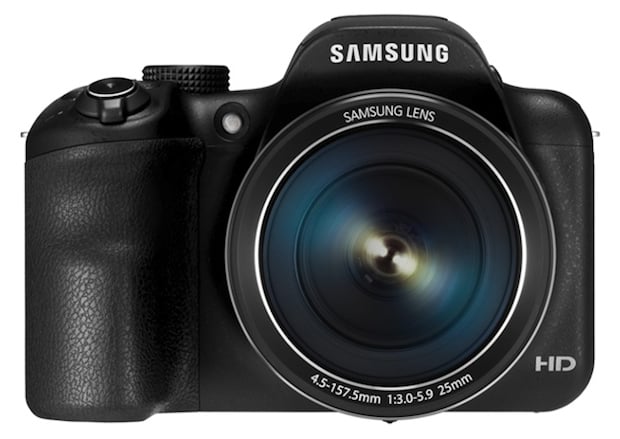 The WB1100F is the 2200’s little sibling, and unlike the 60x monster it doesn’t sport dual grip or any other feature that will make it particularly unique among superzooms. In addition to the two superzooms, Samsung followed everyone else’s lead and refreshed some point-and-shoots as well. Here’s a brief overview: Samsung hasn’t revealed availability information for any of the cameras above, so stay tuned for that. If you want to learn more about each one (or anything the company has revealed at CES), head over to Samsung’s Press Room by clicking here.