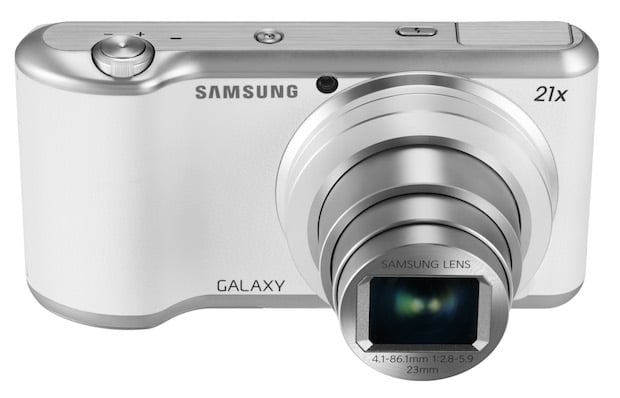 The second and final major camera announcement out of Samsung today was the successor to the Android-powered Galaxy Camera, aptly named the Galaxy Camera 2. Although it boasts many of the same specs as the first Galaxy Camera, the new shooter is a more powerful and lighter version that’s sure to score points with lovers of the first model.

As always, we begin with the specs. The Galaxy Camera 2 sports the same 16-megapixel 1/2.3″ BSI CMOS sensor, 4.8-inch ‘HD Super Clear’ touchscreen LCD, 21x f/2.8-5.9 zoom lens and 100-3200 ISO range found in its predecessor. The improvements in speed come from an all-new 1.6 GHz Quad-Core processor supported by a full 2.0 GB of RAM to run the Android 4.3 Jelly Bean operating system that the camera comes equipped with.

Other notable features include a pre-loaded Dropbox app with 50GB of free storage for up to two years and the ability to shoot 120fps video as long as you’re okay dropping the resolution from Full HD 1080p to 768 x 512. There’s also a plethora of different smart modes to help you capture the best shot, including (internal sigh of dismay) a ‘Selfie Alarm’ mode that takes 5 consecutive pictures so you can pick your best arm’s-length shot.

Here’s a look at the shiny new gadget: 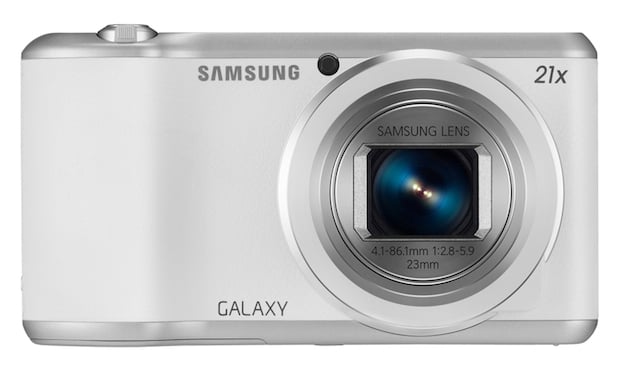 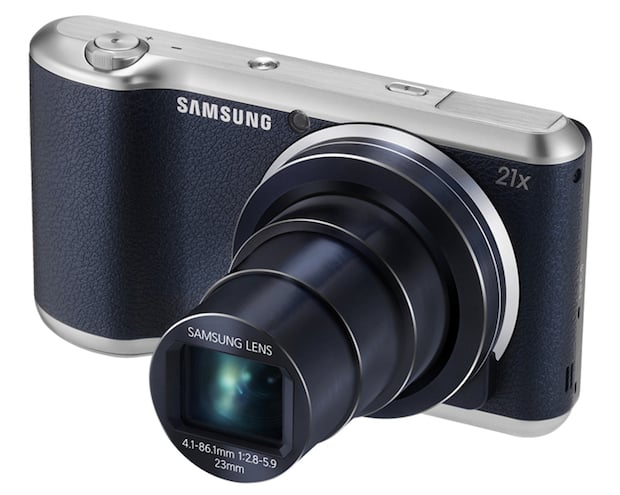 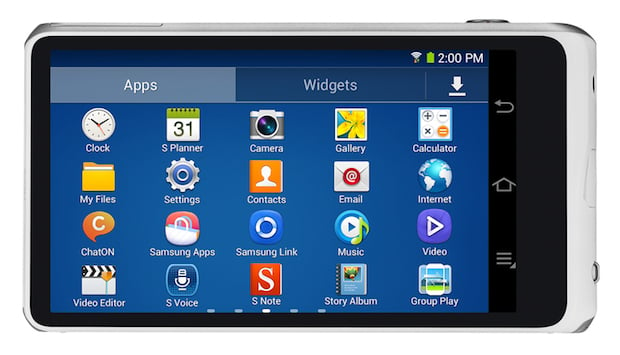 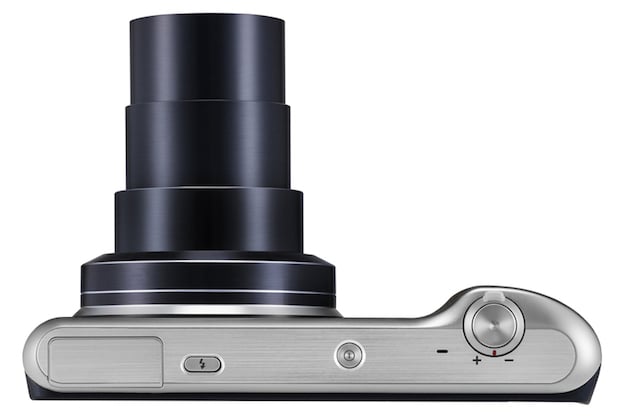 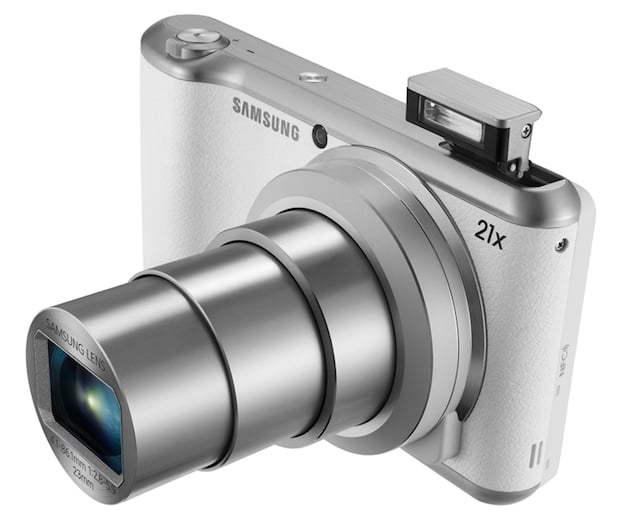 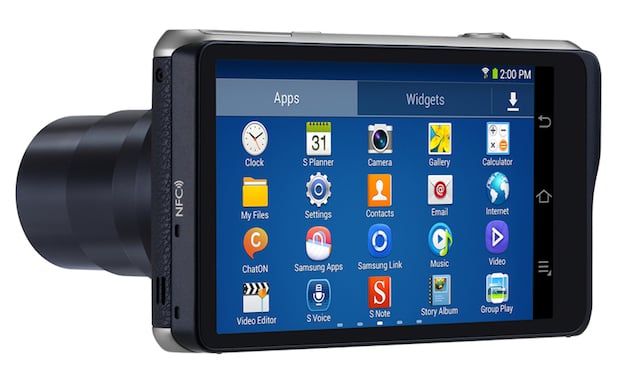 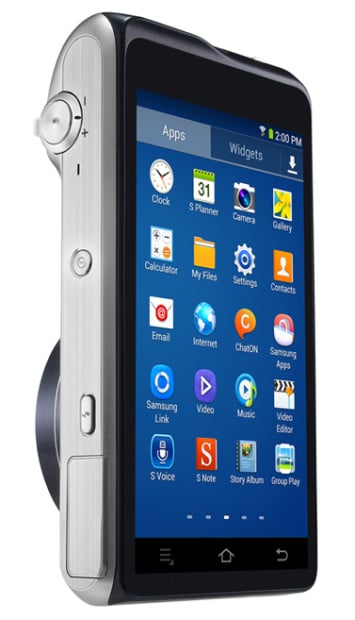 As with the NX30, the Galaxy Camera 2 also boasts all sorts of advanced WiFi and NFC features, like ‘Tag & Go’ that lets you pair with NFC devices by tapping, ‘Photo Beam’ that lets you transfer images the same way, ‘Mobile Link’ for sending images to multiple devices at once and ‘Remote Viewfinder’ for controlling the Galaxy Camera 2 from your smart device (although that seems a bit redundant when you’re holding an Android-powered camera).

No word on how much the new camera will cost or when it will officially become available, but check back because we’ll be sharing that info with you just as soon as it goes live.