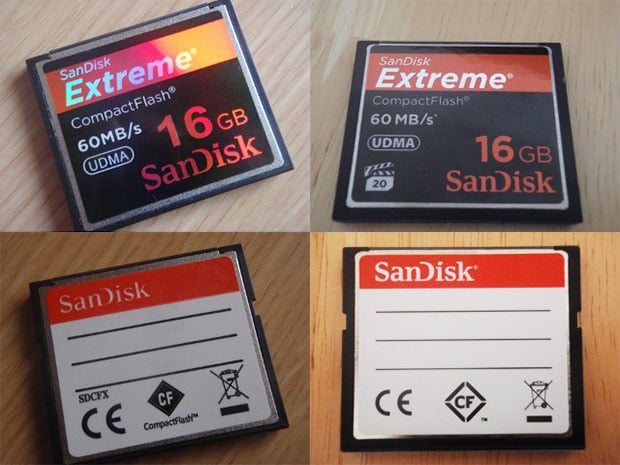 Check out the two memory cards above. One of them is a counterfeit card while the other is a genuine one. Can you tell which is which? If you can’t, we don’t blame you. Japan-based photography enthusiast Damien Douxchamps couldn’t either until he popped the fake card into his camera and began shooting. The card felt a bit sluggish, so he ran some tests on his computer. Turned out the 60MB/s card was actually slower than his old 45MB/s card.

While it’s not unusual to come across counterfeit memory cards — it’s estimated that 1/3 of “SanDisk”-labeled cards are — what’s a bit concerning is how Douxchamps purchased his: he ordered the cards off Amazon — cards that were “fulfilled by Amazon.”


After receiving the four 16GB SanDisk CF cards from Amazon Japan last month and discovering them to be slow fakes, Douxchamps began comparing his phony cards to the real thing. For the most part, the cards and the packaging look virtually identical to genuine products:

However, there are subtle differences that differentiate the cards, including a crudely Photoshopped photo in the box art, missing trademark symbols, differently-shaped sticker seals, difficult-to-open card cases, and completely different serial number formats.

One notable difference on the fake cards is the lack of the legal disclaimer asterisks that we wrote about recently.

“Fulfilled by Amazon” messages on product pages may ensure fast delivery times, but they don’t guarantee that you won’t receive a counterfeit good.

Make sure you give your gear a close inspection after receiving it, especially during this holiday season, since Amazon does a good job of refunding you if a fake product does slip under their nose (Douxchamps was reimbursed “quickly and smoothly”).

Check out Douxchamps’ blog post for photographs illustrating all the discrepancies he found on his fake SanDisk cards. It might help you diagnose your own cards if you suspect them of being different than what their labels say.

P.S. Oh, and in case you’re wondering: the card and packaging in the left photos are the counterfeit ones.

Update: An important distinction: “Fulfilled by Amazon” means that the company is managing and shipping products listed by 3rd-party retailers, while “Ships from and sold by Amazon.com” means Amazon is selling the product itself. Sticking with the latter is a safe bet if you want to avoid counterfeit goods.

Update: After reading this post, a reader named Darrell had an “ah-ha” moment. Upon close inspection, he discovered that his “Class 10” cards are actually “Class 6” cards (the front and back say different things): 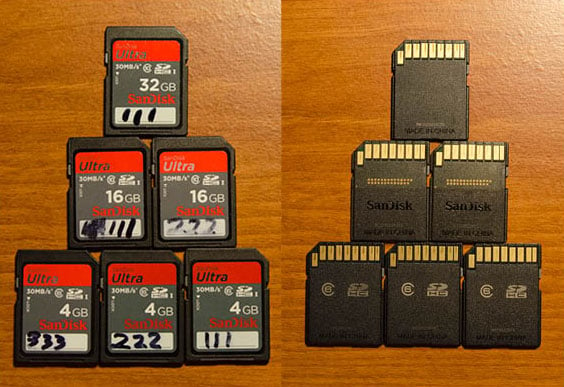