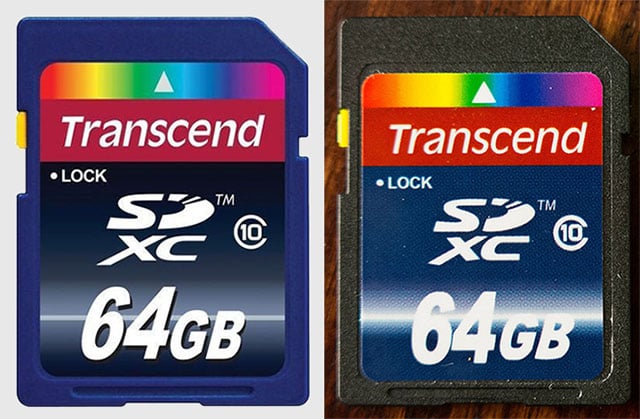 Always buy your memory cards from reputable sources. Go for a “sweet deal” through a place like eBay, and you could be in for a lot of pain and embarrassment.

Case in point: Virginia Beach photographer Bryan Myhr tells us he recently purchased what he thought was a 64GB Transcend SD card from an eBay seller. Only after the card corrupted the first time he used it did he realize that something was very wrong.


The eBay seller, named discountmemorysticks, had 68 reviews, boasted a 97.7% positive user feedback. and was based out of New Hampshire. Sounds pretty legit, right?

Well, after the card corrupted, Myhr took a closer look at it and compared it to a genuine Transcend SD card purchased from a reputable retailer (in this case, B&H). Here’s what the actual card should have looked like — it’s the manufacturers image that was found in the eBay listing: 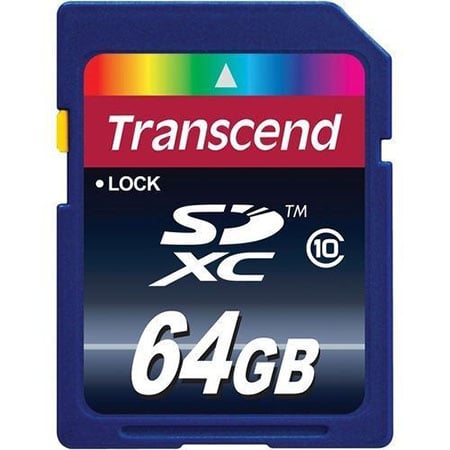 Here’s what Myhr got (it’s the black card placed next to a legitimate blue card): 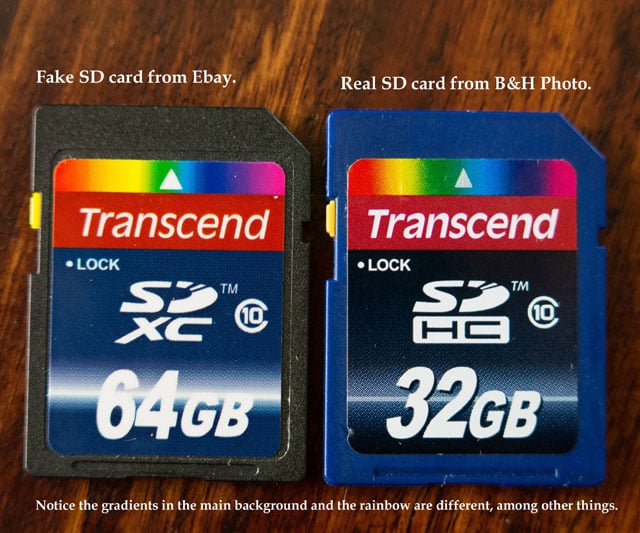 Notice how there are quite a few differences between the card Myhr received and what these Transcend cards actually look like. Here are a few more shots that highlight the differences: 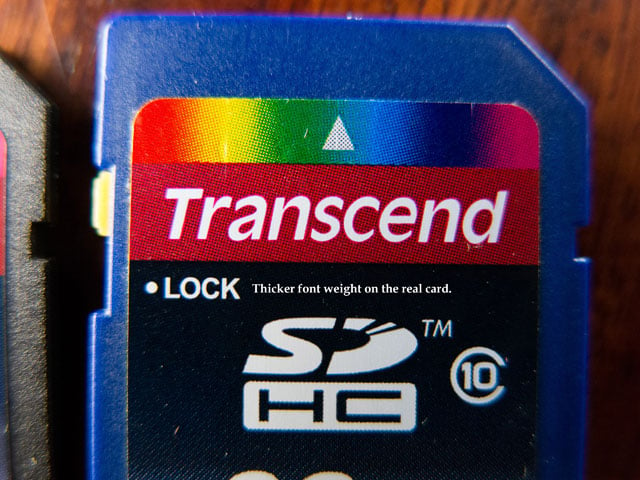 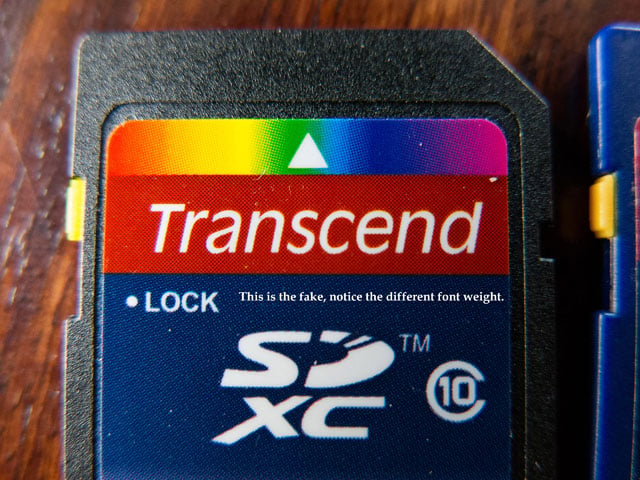 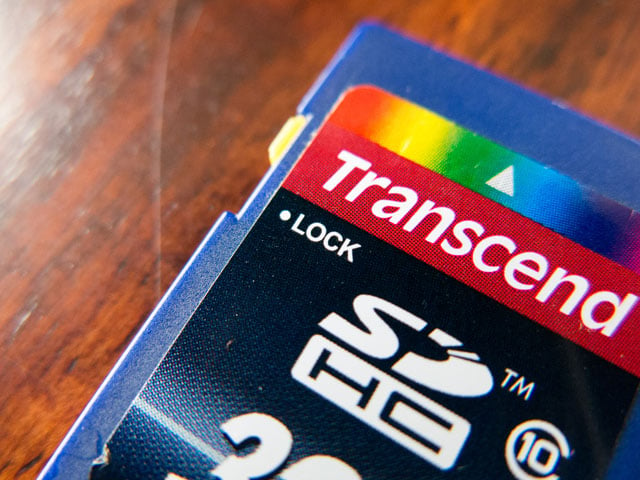 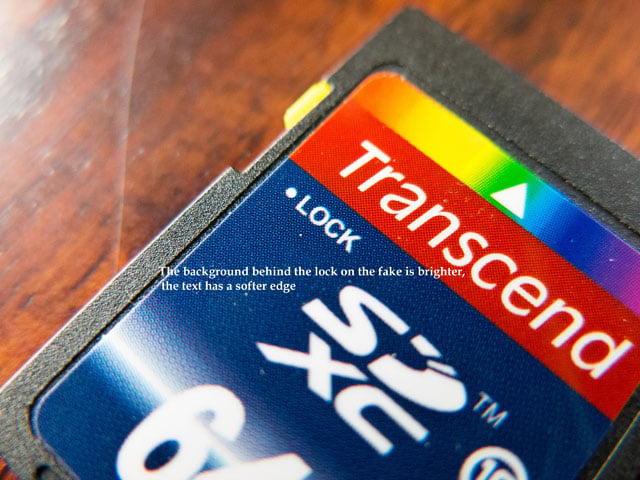 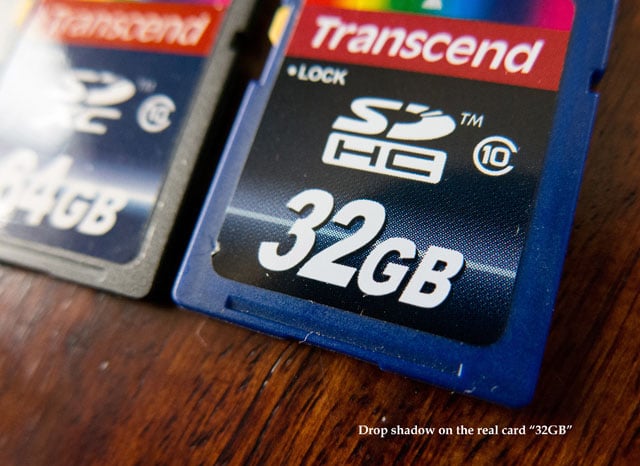 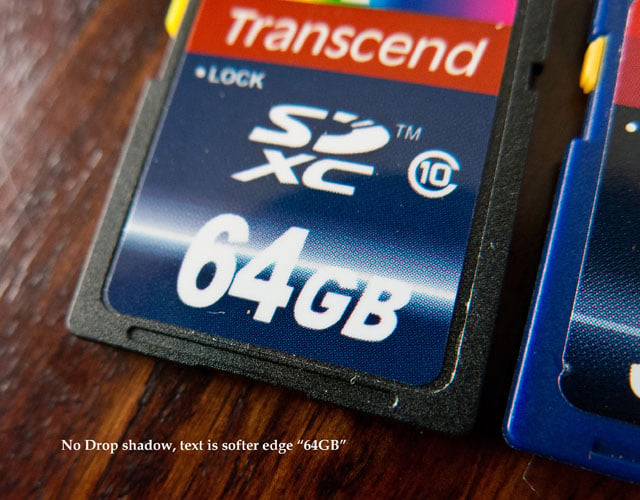 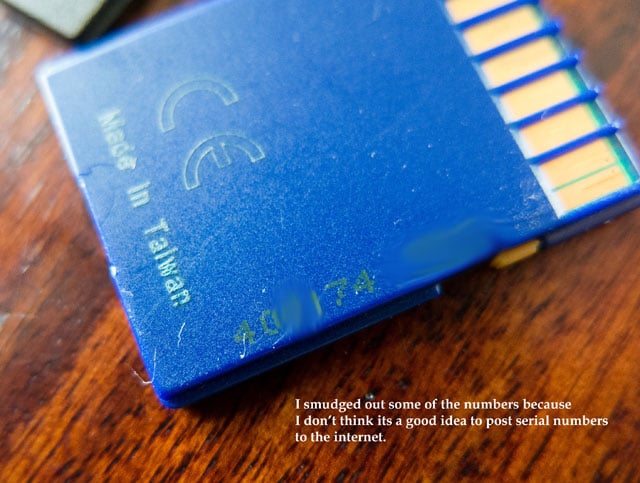 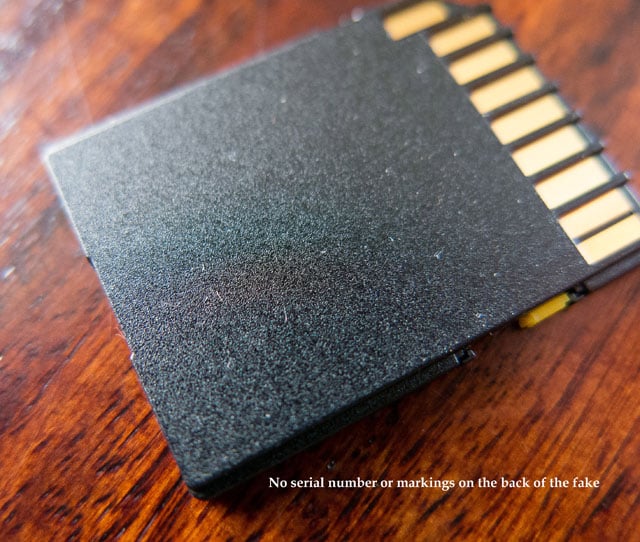 Myhr then messaged the seller about the issue, but got some “lovely intimidation” in the response. 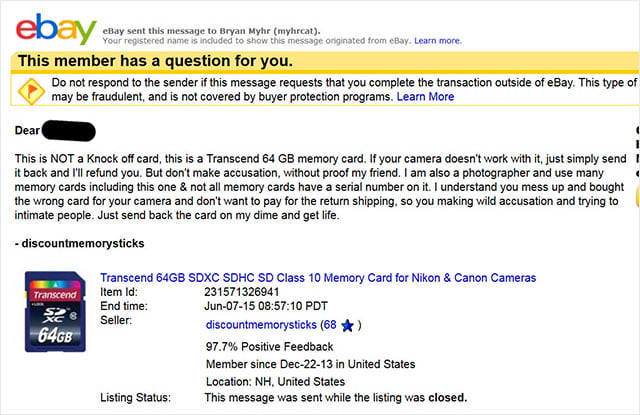 He then contacted Transcend directly through eBay. The company replied saying that he needs to try to get an exchange from the reseller he purchased from. Also, if the card isn’t a genuine card, Transcend can’t do anything about it.

So now Myhr is using his experience to warn other photographers. Your memory cards play a huge role in safely preserving the digital photos you capture, so make sure you buy them from reputable retailers. If you do decide to turn to eBay, make sure the seller has done a huge number of transactions with very positive feedback from other photographers. Otherwise, you could be in a for a nasty surprise.

Update: It turns out the seller wasn’t knowingly offering these counterfeit cards — he himself was being scammed by a wholesale company in China through Alibaba.

P.S. Back in 2011, a SanDisk engineer estimated that 1/3 of SanDisk cards floating around in the world are actually counterfeit cards. In 2012, it was discovered that some counterfeit memory cards were even being shipped from Amazon warehouses.