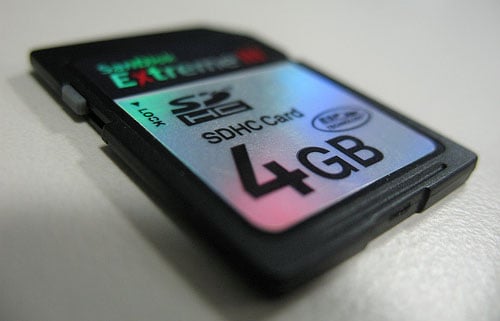 Did you know that a third of the SanDisk memory cards being used on Earth are actually fake? A SanDisk engineer recently shared this startling fact with a reader over at The Online Photographer:

Thirty percent, was the number quoted. A third, more or less.

To make sure you’re getting the real thing, always purchase your memory cards from reputable dealers.


Can you tell the difference between these two memory cards?

The one on the right is a real SanDisk card, while the one on the left is a counterfeit one purchased off eBay, where supposedly 70% of the memory cards are fake. Be careful when buying memory cards off eBay, especially when you’re planning to use them for photos that you can’t afford to lose!

P.S.: On a more personal but related note, here’s my experience in the area of fake memory cards: some years ago I found a great deal on a 1GB memory card at a store in China. Only after getting home did I discover that it was actually a 512MB card repackaged as a 1GB one — and returns aren’t allowed over there!