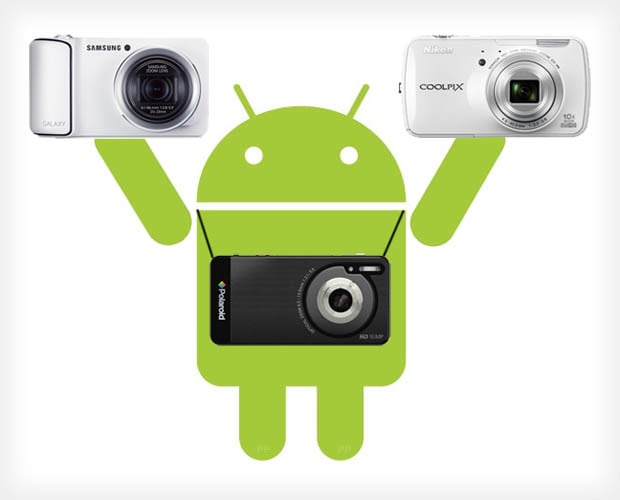 One major trend in the camera industry this year is the introduction of mobile operating systems such as Android into digital cameras. By opening the door to things like Wi-Fi, data plans, and apps, camera makers are going in the same direction that phone makers went some years ago, turning their devices into what can best be described as portable computers with specialized functions (e.g. voice-calling, photography).

While covering the trend, we’ve been at a loss for what to call the new cameras. After calling the Samsung Galaxy Camera a “voiceless phonecamera” in our hands-on first-look yesterday, commenters suggested that we call the device a “smartcamera”. Bingo… that’s the term we were looking for.

It’s strange that the camera companies and the press haven’t jumped onto this term yet, since it describes the new cameras in a way that’ll make a whole lotta sense to the general public. After all, over 50% of American mobile users have already adopted smartphones. 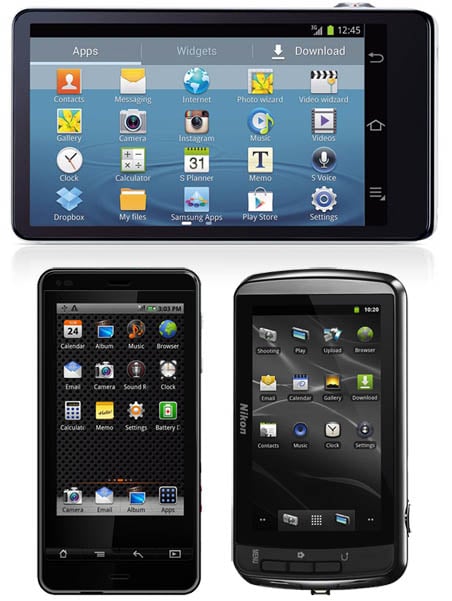 A smartphone is a mobile phone built on a mobile operating system, with more advanced computing capability and connectivity than a feature phone.

Just replace every instance of “phone” with camera, and you have an apt description of what we’re seeing in new cameras this year:

A smartcamera is a compact camera built on a mobile operating system, with more advanced computing capability and connectivity than older digital cameras.

There isn’t currently a Wikipedia page for this term. “Smartcamera” does have three syllables though, so “smartcam” might be catchier… but “cam” has always sounded a little cheaper than “camera” to our ears.

Engadget has an interesting editorial that predicts that these new smartcameras will save the point-and-shoot industry from extinction:

The upper echelon of the point-and-shoot segment will be led by cameras that can connect to the web from anywhere, while doubling as full-fledged communication and manipulation devices — smartphones that enable everything but telephone calls. Last month, the digital compact was an endangered species. Today, it’s dumb cameras that need to listen up — there’s a new Galaxy being formed, and it’s suiting up for war.

Smartphones and large sensor digital cameras have definitely been choking the life out of “dumbcameras” as of late, but point-and-shoots have the advantage of being able to do something that bulky DSLRs likely won’t ever do: become “smart”.