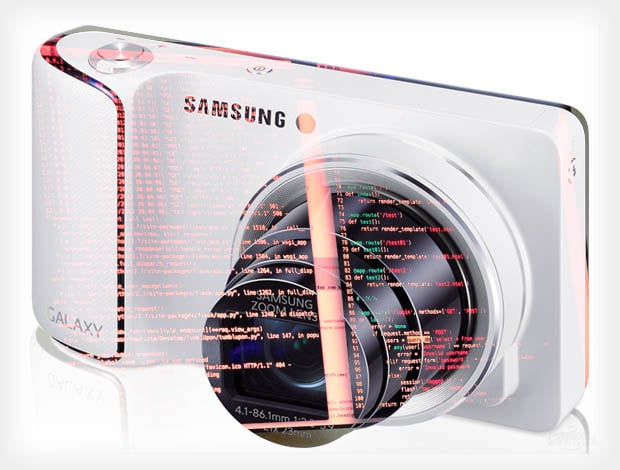 Samsung released the open source kernel files for its new Galaxy Camera late last week, something commonly done in the smartphone world — at least with certain platforms — but a foreign concept in the world of digital photography. This opens the door to all kinds of possibilities as hackers begin to peer into the cameras brain and dream up new possibilities for how it should work.

Developers are already talking about the possibility of introducing voice calling to the camera — a feature Samsung left out of the camera, presumably to avoid cannibalizing its smartphones.


Over on the xda-developers forum, there’s a thread in which photography-enthusiast developers are discussing whether or not it’s even possible for the camera to be hacked to make calls. The opinion so far is mixed, with some claiming that the camera will be able to do anything Android 4.1 allows it to do, while others say that it won’t ever be possible.

We’ll know sooner or later as the developers start receiving their cameras, but either way, VOIP calling using applications such as Skype and Google Voice should work just fine. The camera has a speaker, a microphone, and Internet connectivity through Wi-Fi or 3G/4G. Pair it with a Bluetooth headset and you won’t look ridiculous at all while chatting through it.

If you want to get your hands dirty and play around with the code yourself, you can find it over on Samsung’s source code website. Its model is “EK-GC100”, and its classification is — interestingly enough — “mobile phone.”

(via xda-developers via DPReview)